On the 30th of November, I went back to the al Dabbaseen bridge, a place I found very interesting when I visited it in may. I went there in the late afternoon. The Nile was a bit higher than last time : the herbaceous islands where i could obsevre ibises, egrets, ducks, were still under water, but yet there were a nice bird activity in the area, especially for waterbirds with a lot of waders, ducks and terns. Some species were the same than in may, and new ones were observed.

There were still a lot of ethiopian swallows and palm swifts flyng above the bridge.

All around the bridge (north and south) I could observe great egrets, a group of grey herons, one black-headed heron, some european spoonbills, black-winged stilt and little egrets and severals groups of black-tailed godwits.

About 100 little stint were counted in the area, and a lot of kittlitz and kentish plovers, lying and resting on the ground : their plumage was incredibly cryptic and we had to walk on them, so they moved, to notice them. 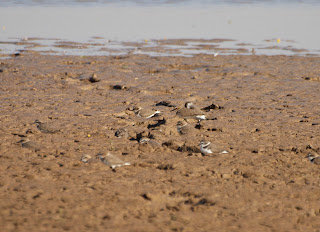 Several common sandpipers, marsh sandpipers, common greenshanks, common ringed plovers, egyptian plovers and ruffs were also observed.
Of special interest for me were one terek sandpiper and a group of  7 pied avocets , both of them were my first ones in khartoum, although I was not here during all the wintertime last year. 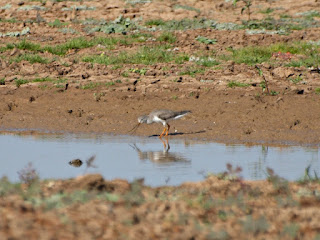 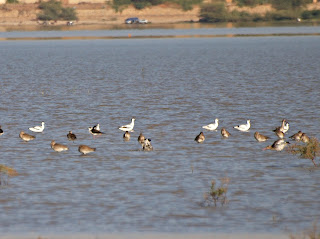 Avocets and other waders

Regarding the terns, there were a few whiskered terns and white-winged tern, some caspian terns as well and a lot of gull-billed terns (more than 200 counted)

As for the ducks, a lot of northern shovellers, some eurasion wigeon and some northern pintail. A lot of ducks could be observed in the middle of the Nile but too far to be identified without a telescope. 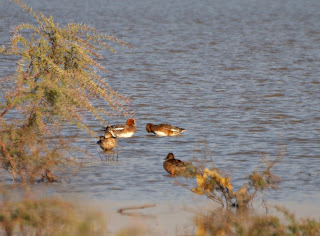 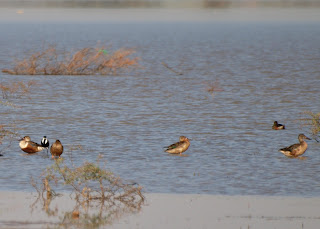 I could also observe a couple of great cormorants flying which surprised me as I was more expecting white-breasted cormorants. 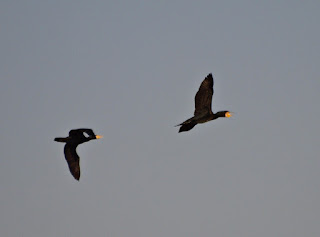 In my opinion, this place looks really interesting to visit on a regular way. It is at this same place, last year, I could observe my first hottentot teals.
Posted by Tom Jenner at 22:51