The rains have arrived this week, so I was interested in seeing what was around at Tuti when I visited with birder Julie Dewilde. Unfortunately there were no signs of any starlings, nor the various other species that should be turning up at this time of the year. I will be away for the summer, so I am hoping that Julie, Terry and Stephen will keep an eye and things and report when these birds turn up. Despite being the start of June, there were still a few migrants around, such as a couple of Rufous Bush-Chats, several Great Egrets, some Whiskered Terns and a Sand Martin. 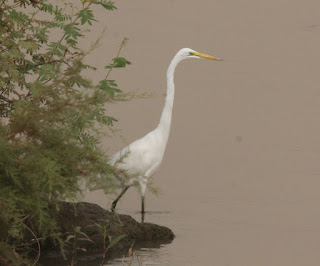 One interesting observation we made was at the Village Weaver colony that I have reported on previously. A bird was pulling at the strand holding up the nest as if trying to dislodge it. It would then grab onto the side of the nest and pull bits off. It continued to do this for several minutes until the nest fell to the ground. It then flew back up to the same branch, pulled at a few remaining strands and then started to flick its wings as if displaying. We wondered if the bird may have failed to attract a mate, so was starting again with a fresh nest. 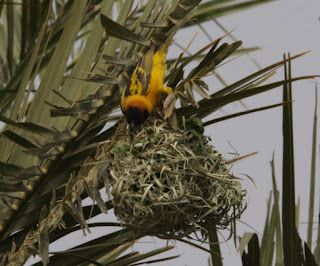 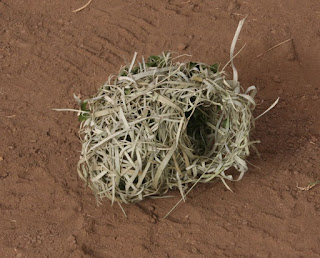 This rat was scurrying around in the grass on the edge of a field. I tried to identify it using the Kingdon mammal guide, but nothing was a perfect fit. The nearest was possibly an Unstriped Grass Rat. I would welcome any comments from someone that knows better. 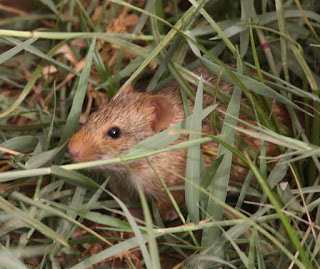