For a while now I have been wanting to start a project to study Cinnamon Weavers. A few months ago I received some rings (bands) and I hope to start in earnest when the Cinnamon weavers are back in breeding plumage at my one known nest site at Wad Medani (they were not in breeding plumage when I visited with Terry on May 11th). Part of my study involves determining how to identify females and males when they are in non-breeding plumage, so for this reason I need to compare them with close relatives. Last weekend I went out to Tuti to try and net some birds at one of the Northern Masked Weaver colonies. I had some success in catching 7 birds (4 males and 3 females), plus a few other species, including Little Bee-eater, Plain Martin, Common Bulbul and House Sparrow. 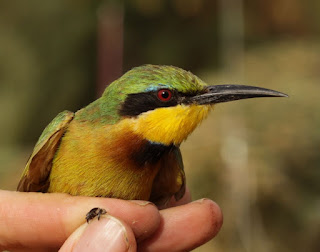 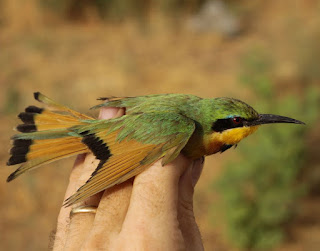 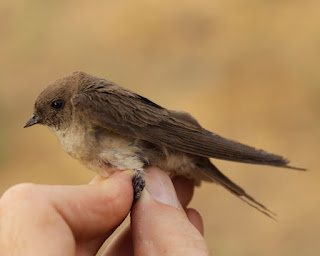 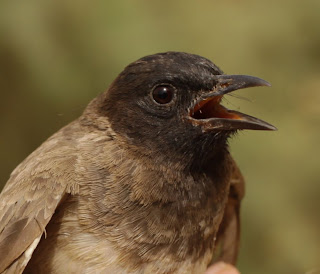 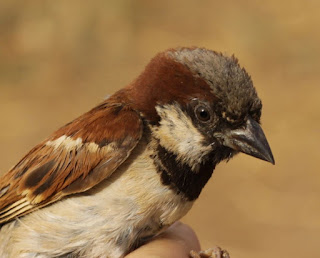 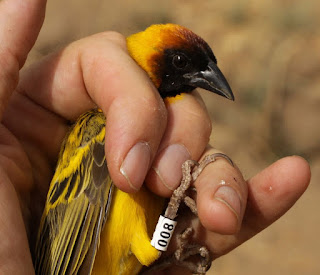 Male Northern Masked Weaver showing its leg ring that can be read in the field,
Tuti Island 25th May 2013 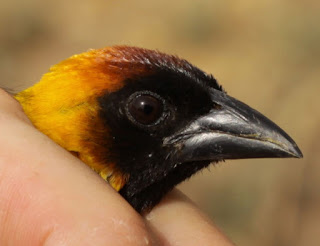 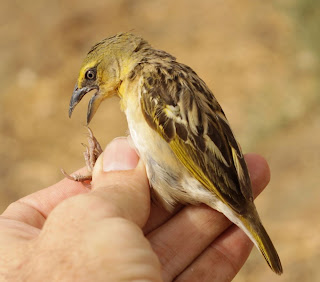 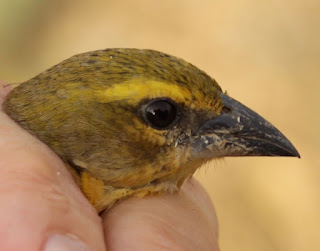 I have also been recording various feather and wing measurements, such as the wing formulae, which compares the lengths of each primary feather with the longest feathers. One good criterion for identification of birds in the hand is the structure of the primary feathers, such as which are emarginated (have a narrowing on the outer web) and which are notched (have a narrowing on the inner web). Unfortunately, this does not appear to be a useful feature for separating Northern Masked and Cinnamon Weavers, as all of the Northern Masked Weavers were emarginated on the 3rd, 4th, 5th and 6th primaries (using the British numbering system that counts the short outermost primary as number 1) and I have a photo of a Cinnamon Weaver stretching its wing that shows exactly the same pattern of emargination. 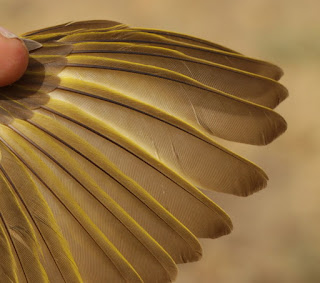 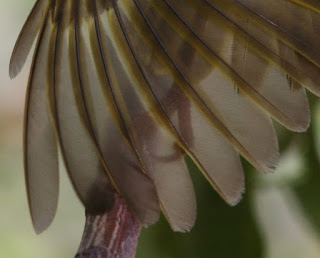