Yesterday I popped in after work to have a quick look at the birds at the Khartoum Sewage Treatment site. I was mainly interested in checking on the duck resembling a Cape Teal that I had seen previously. There were plenty of Gargany and, as mentioned in the edit to my previous post, this is probably the species I had confused with Cape Teal due to the bill appearing red in the photo. There was a similar selection of birds, with the addition of a female Southern Pochard. All my previous sightings have been males, making me wonder if they were the only birds to venture this far north. Another good sighting was a Long-legged Buzzard. They are supposedly fairly common around Khartoum, but this was my first sighting in the area. 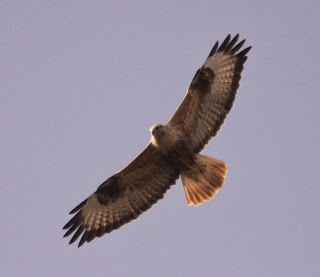 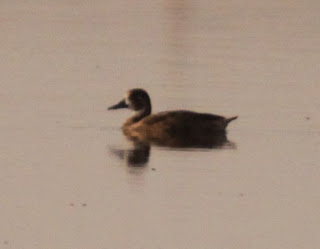