last week was the festival of Eid al-Adha and I decided to desert the family and spend a week studying Cinnamon Weavers down in Sennar. Day one was the main day of celebration and my assistant Mohamed was not available, so I decided to try and map the distribution of weaver colonies between Sennar and Wad Medani. This allowed me a bit of time for some general birding, as much of the rest of the week would be tied up with mist-netting. As I was visiting unknown sites on my own I decided to travel light and not carry a camera, which, as always, proved to be a mistake. I finally saw my first ever Diederik Cuckoo, plus a couple of Common Cuckoos and Great-spotted Cuckoo. There were lots of Abyssinian Rollers around, but quite a few had no rackets and appeared to be European Rollers. I finally got good enough views of the black (rather than blue) primaries to confirm the identification. This was my first confirmed sighting of this species in 35 years!

Just outside Wad Medani I found a nice location on the Blue Nile and quickly found a Yellow-fronted Tinker-bird (my first in Sudan) and a Grey-headed Kingfisher (only my second for the country). I then found a brown streaked bird that confused me for quite a while. It was similar to a Song Thrush in colour and markings, but clearly not one - plus the call was very different. It also reminded me of a female Violet-backed Starling, but did not look quite right. Later, after checking my notes with the field guide, it was clear that it was in fact a Violet-backed Starling. The guide showed it to be the local arabicus race, which has a dark brown face and upper parts with no edges to the coverts. This distinctive race is very different to those I have seen elsewhere, and my first sighting in Sudan. My main aim was to look for sites for Cinnamon Weavers and I was very happy to find an excellent new location in a small patch of swampy forest. This site would provide me with lots of data when I returned later in the week. 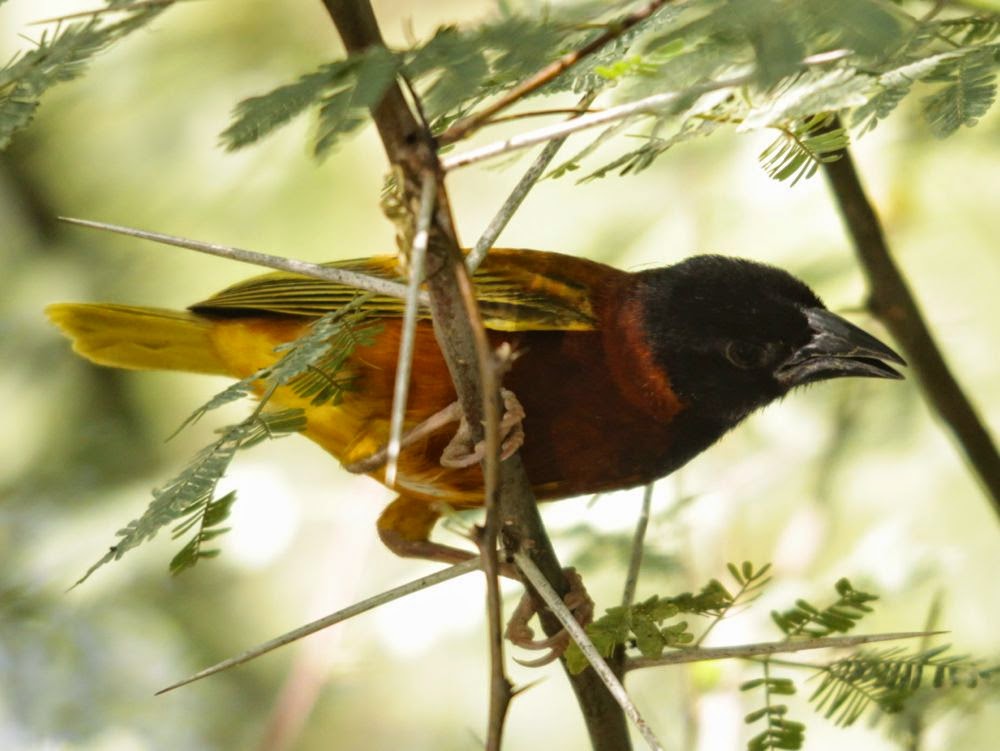 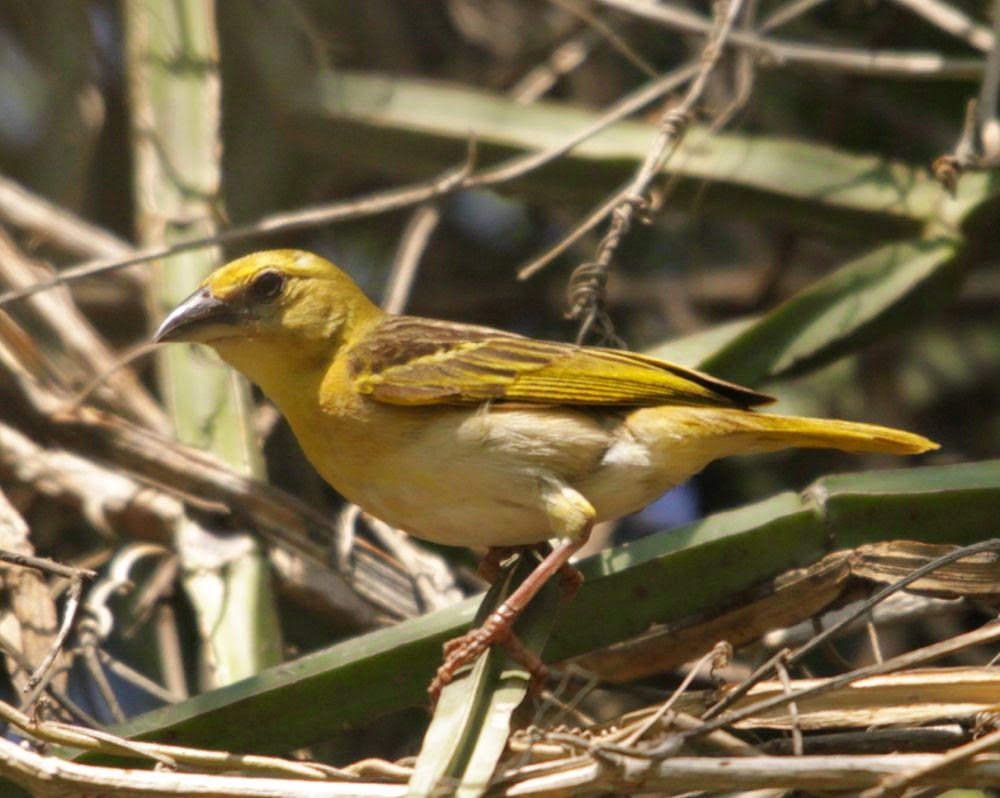 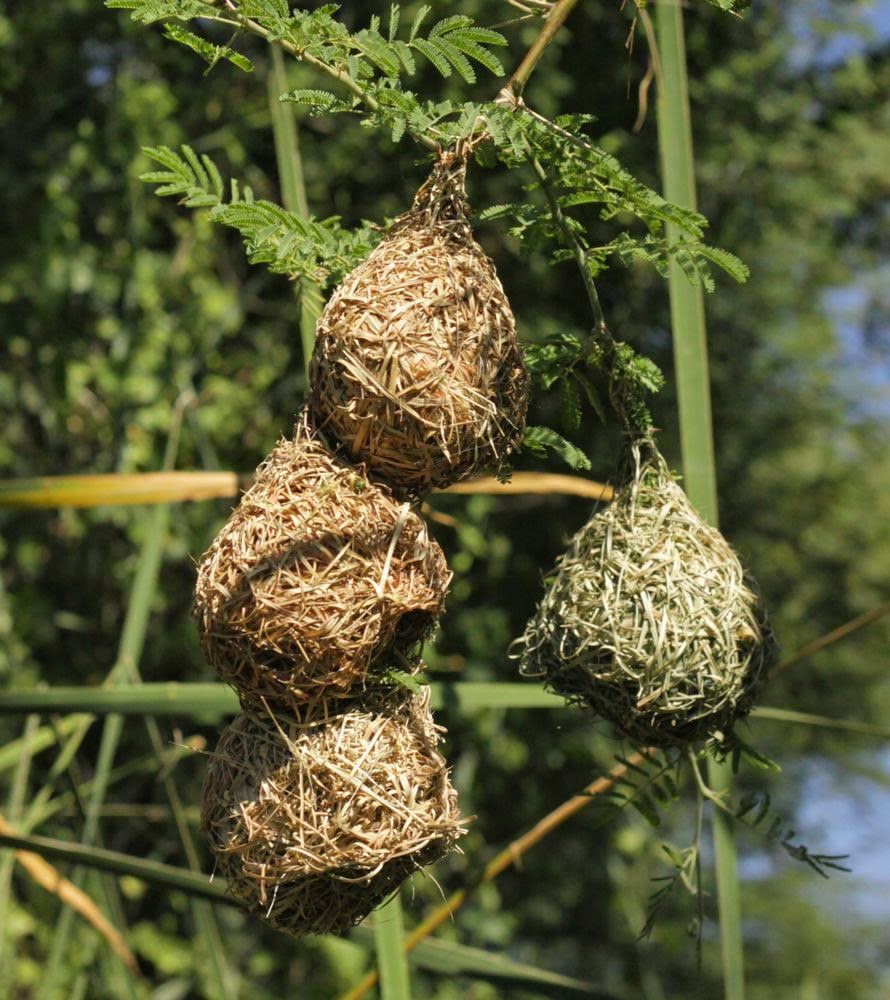 I spent the next few days netting birds with Mohamed and checking nests. There were lots of different species of shrike in the area and I was lucky to catch a couple of Woodchats. Both used their sharp beaks to rip at my fingers, still hurting from the claws of a Gabar Goshawk caught the previous day. 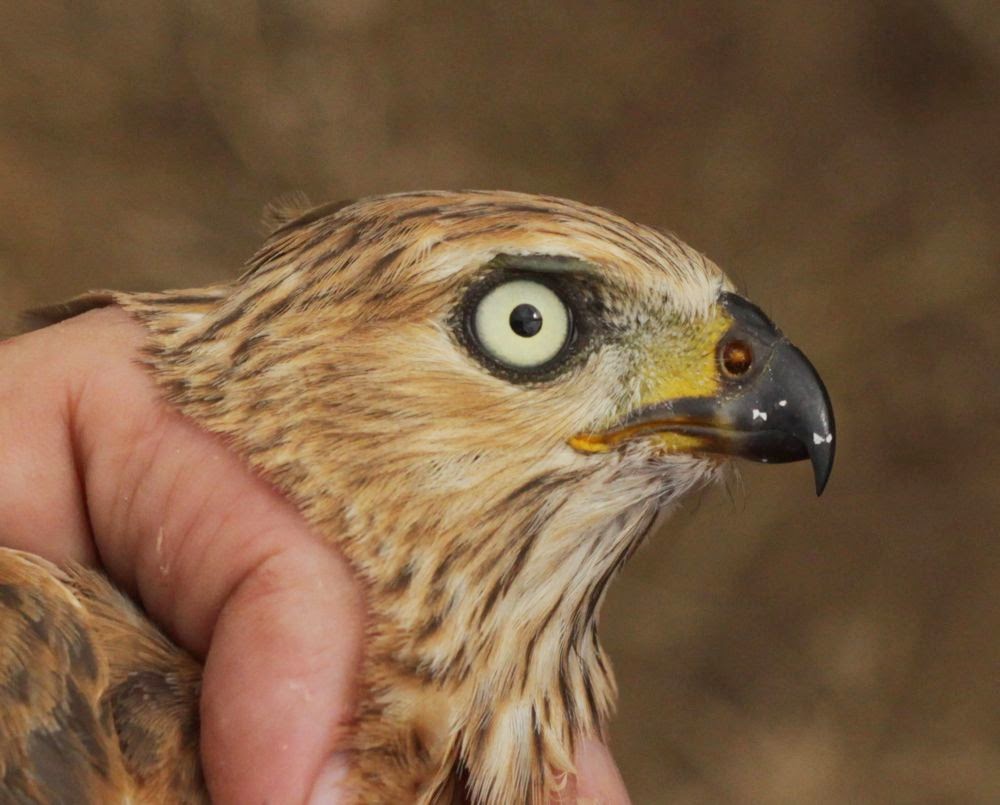 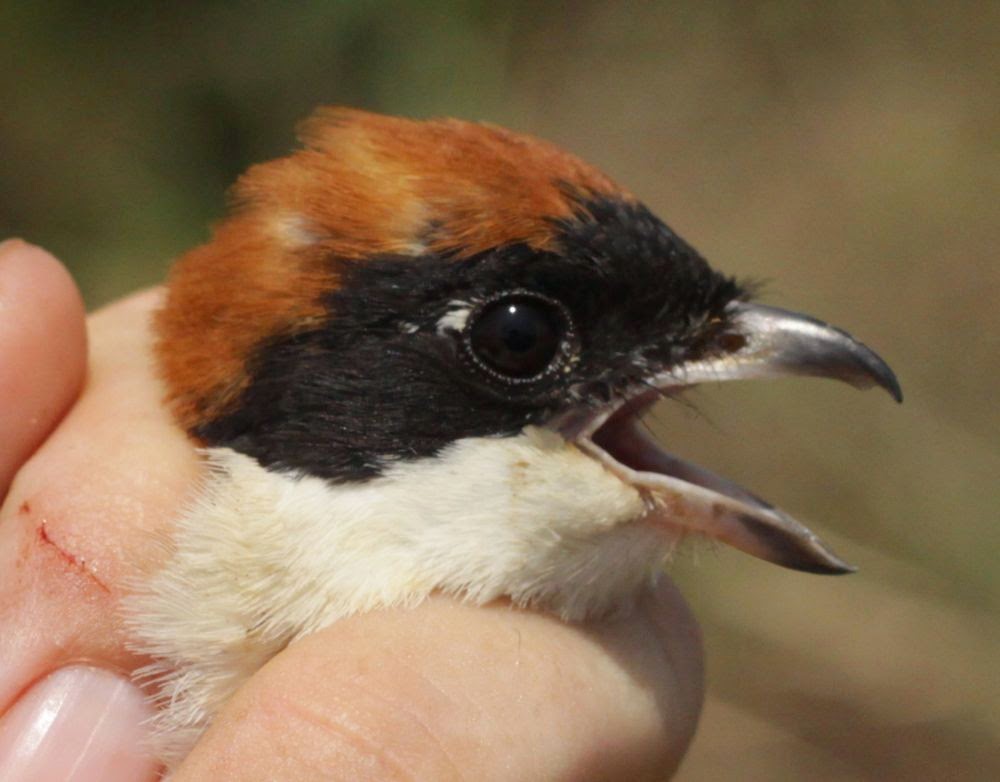 Other good birds captured for the first time included a juvenile Barred Warbler and a Blue-naped Mousebird. Some of the regular species were also captured, such as Winding Cisticola, Beautiful Sunbird, Northern Red Bishop, Red-cheeked Cordon-bleu, plus others shown below. 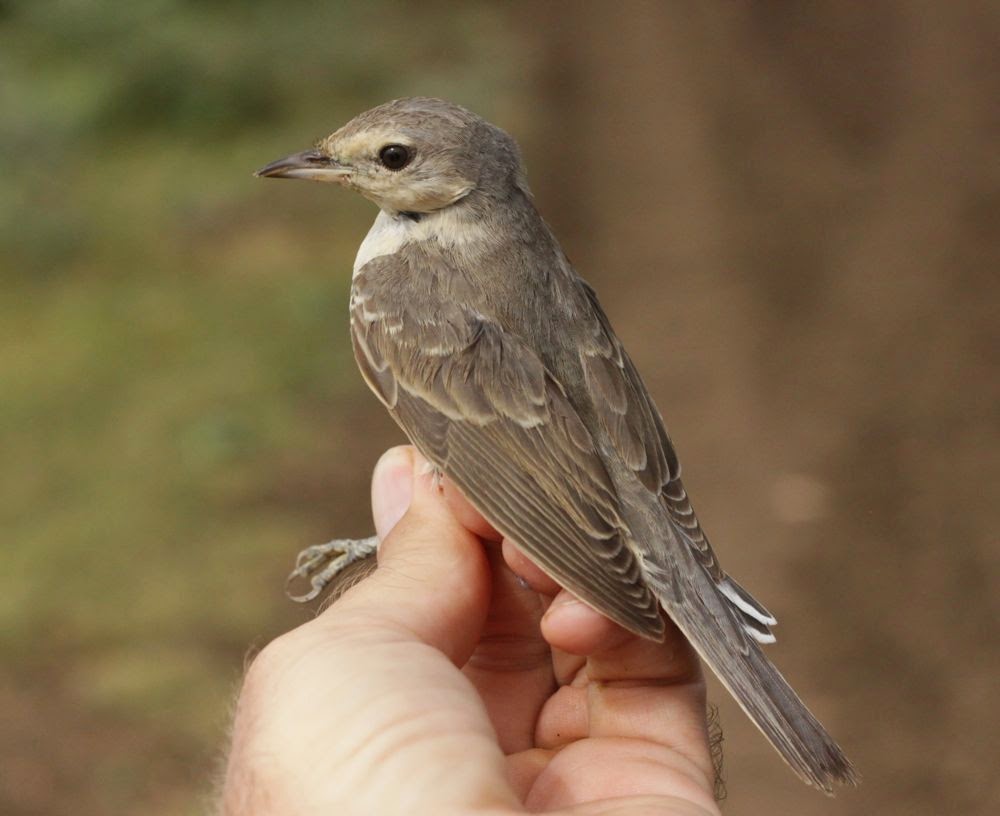 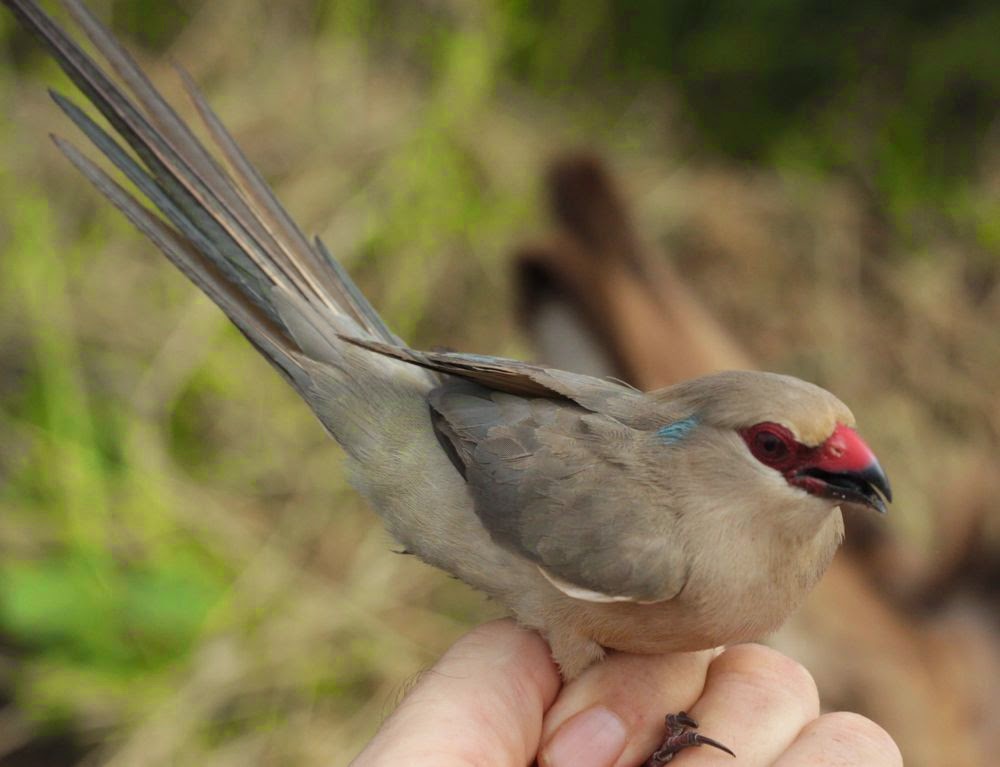 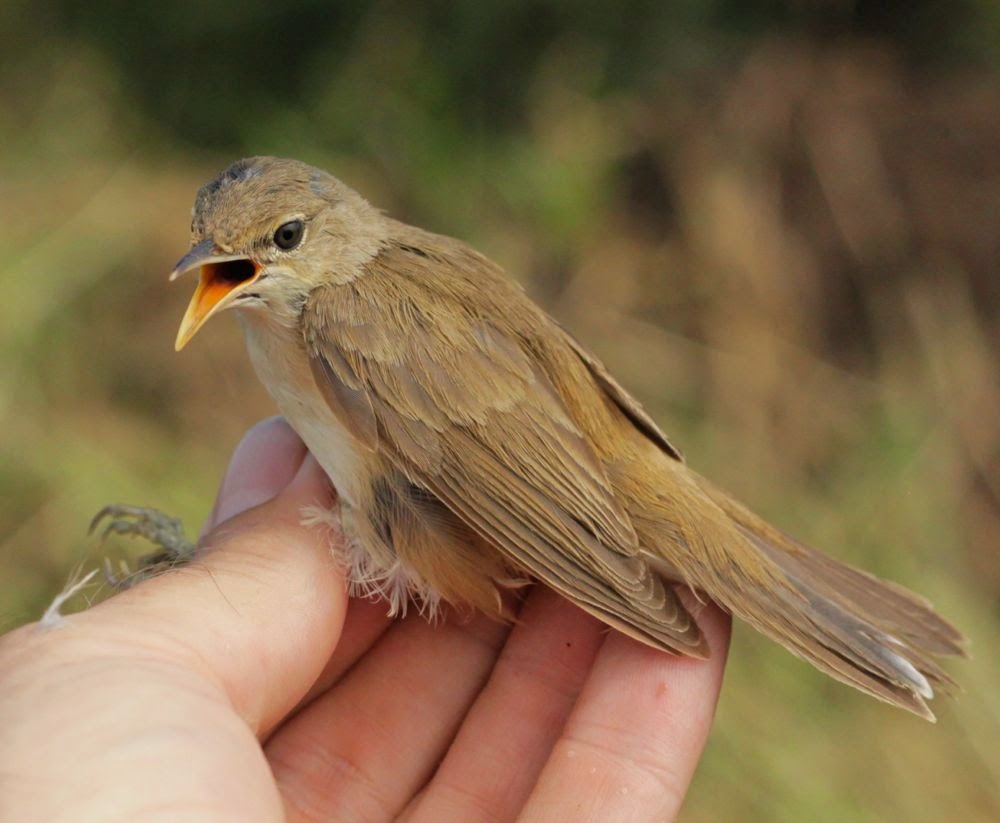 Eurasian Reed Warbler, near Sennar October 2014
(originally labelled incorrectly as Olivaceous - thanks Ron for pointing it out) 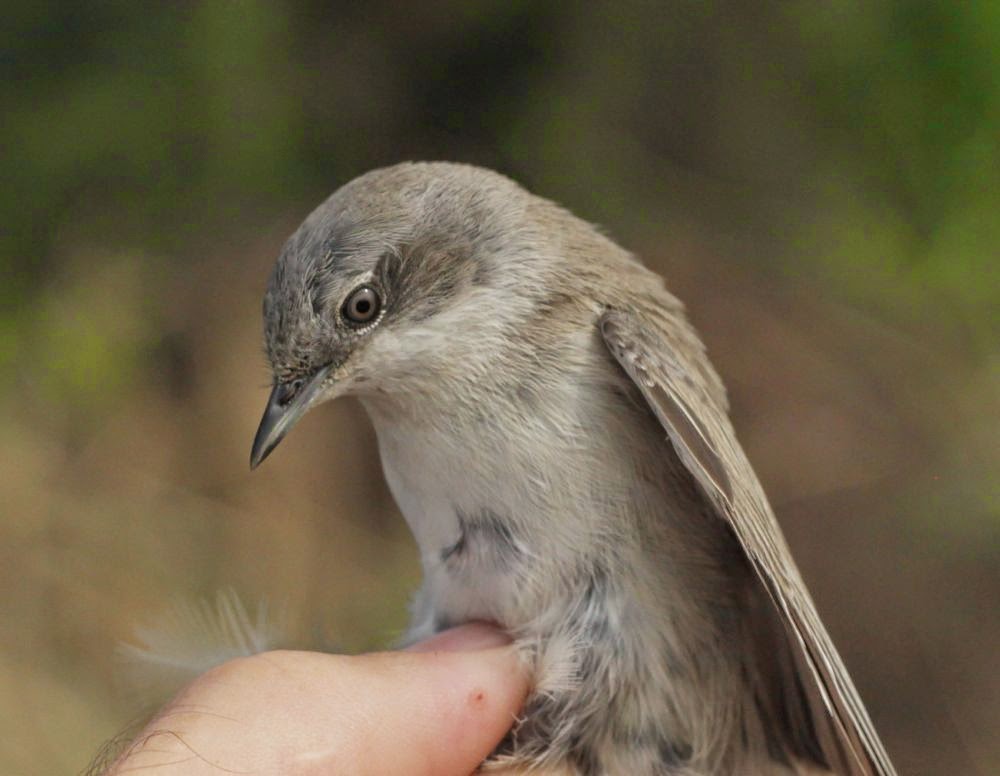 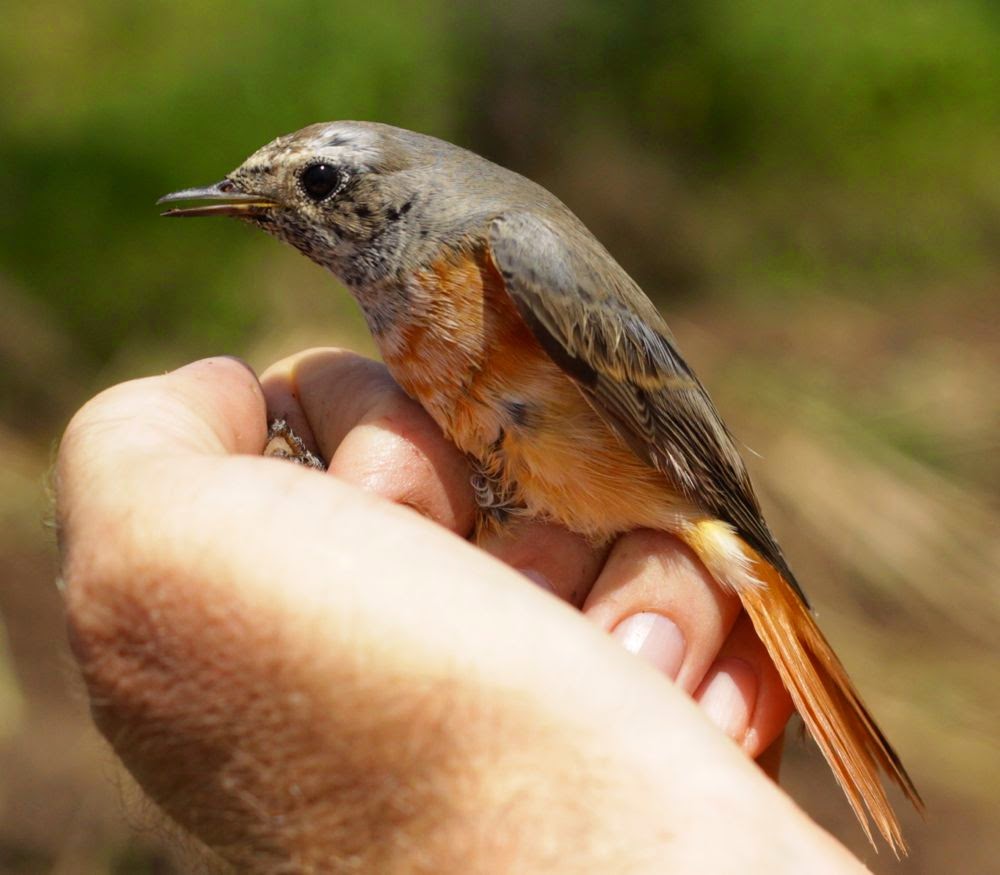 As always, it was an interesting trip with lots of good sightings. My main aim had been to collect data for my weaver study, and that was very successful. I will post a bit more from that study at a later time.
Posted by Tom Jenner at 18:08