Marwa and I were at Bahri Sewage Pools again last weekend. We caught lots of Northern Masked Weavers and Sedge Warblers, plus a few Reed Warblers and other birds. The weavers had all moulted out of breeding plumage and were in bright, fresh non-breeding plumage. A few juveniles were still in the final stages of wing and tail moult. 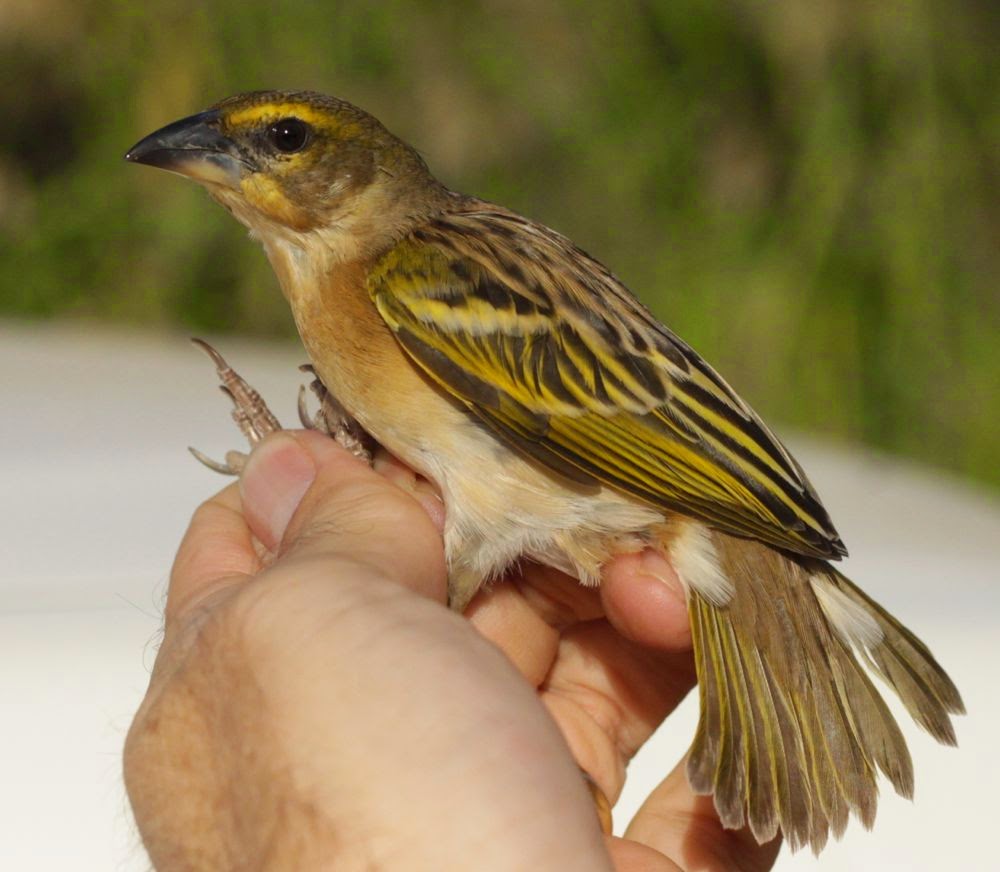 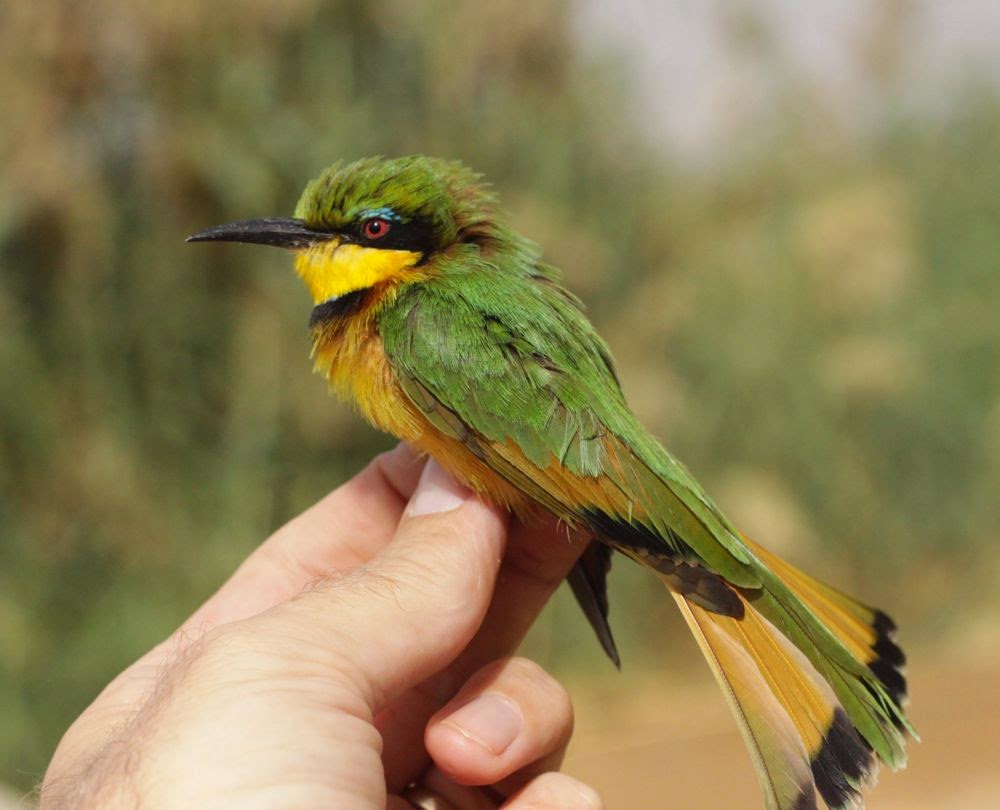 There were a few other good birds around including four Southern Pochards, a couple of Tufted Ducks, four White-tailed Plovers, some Glossy Ibises, and three Eurasian Coots. A Little Swift was our first at the site.