I was down at the 'Escape' camp at Jebel Aulia at the weekend with my family and some friends. There was little time for birding as it was mainly a time for camping, relaxing and chatting, while eating one of Pantelis' amazing spit-roast lambs. However, there were good birds around without having to search for them, including two Egyptian Plovers feeding along the beach in front of us and a couple of Pied Kingfishers. 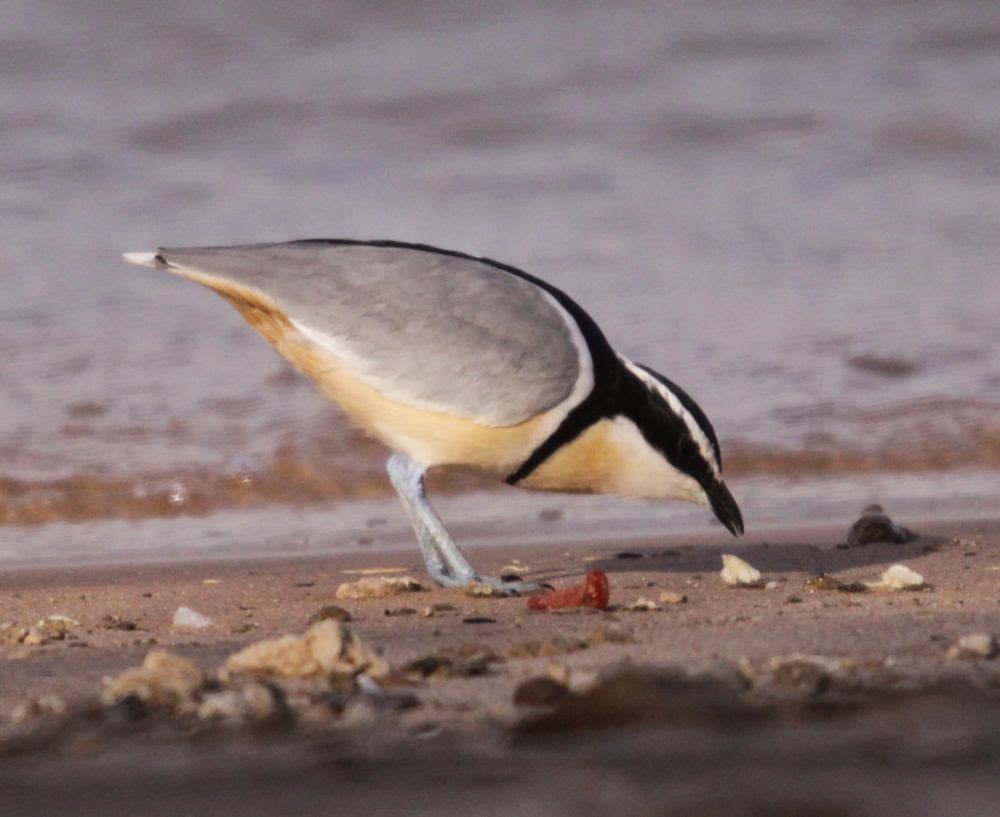 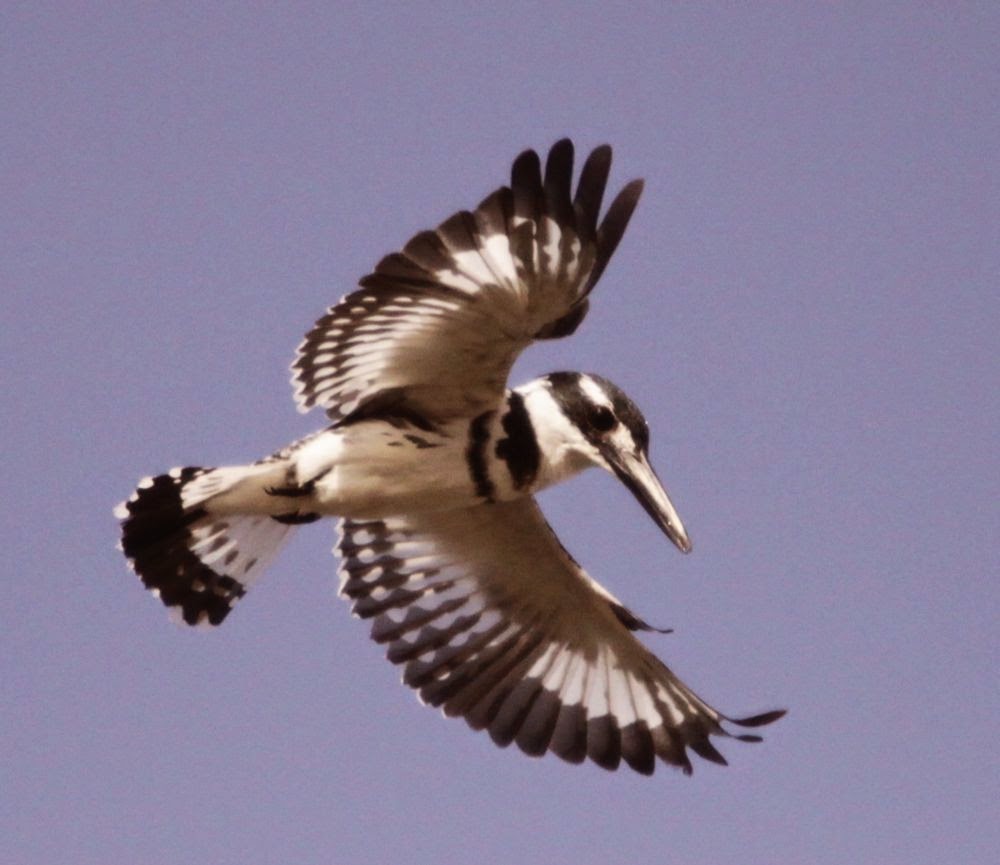 I noticed some groups of gulls moving north along the reservoir. Once I found my binoculars I was able to identify four groups of Slender-billed Gulls totalling about 40 birds. There were also some large gulls moving through as individuals and in small groups, with about half being Yellow-legged Gull and half Lesser Black-backed Gull, with maybe 10 to 15 of each. By the time I found my camera I had missed the Slender-bills, but I managed a few distant shots of the Yellow-legged Gulls. 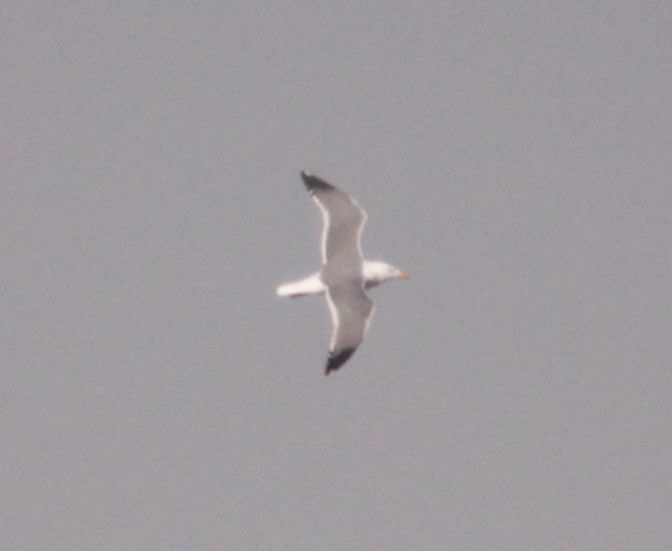 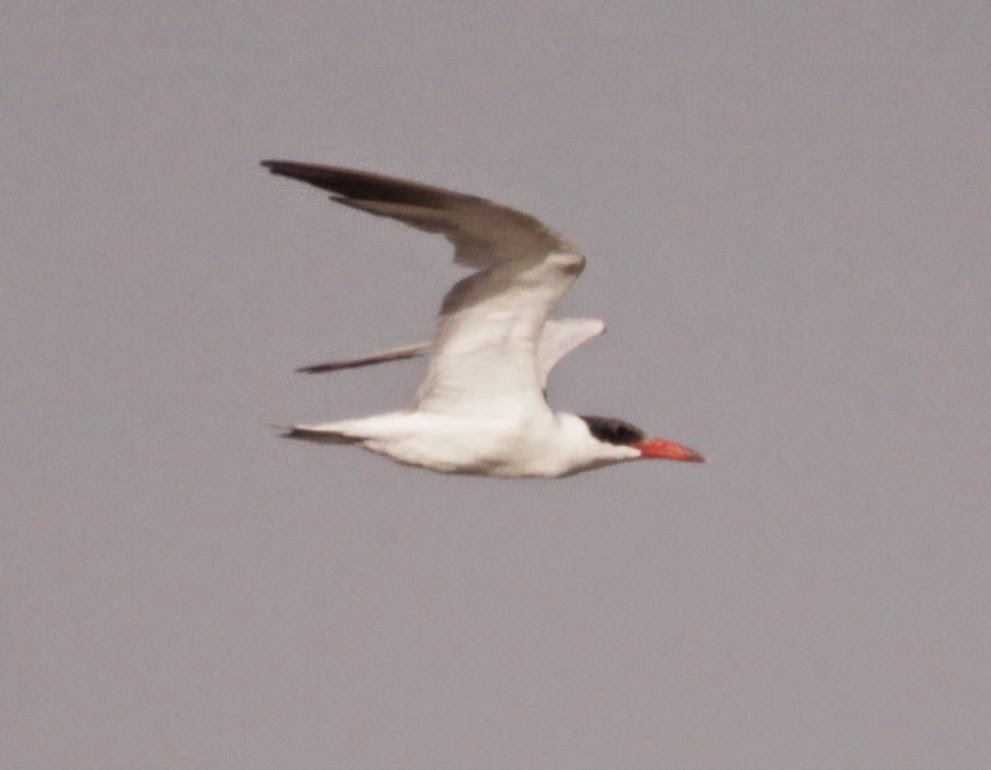