This week I met up with Daniel Gonzalez for another trip to Tuti. There were still some signs of migration, such as a group of Yellow Wagtails heading south along the river, but it was not as visible as it had been a week before. There were some Greenshank around, which was a species I had not seen on the island previously. 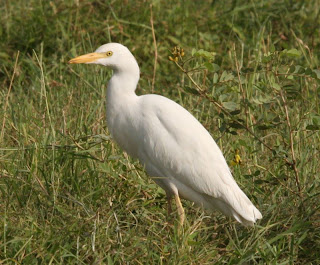 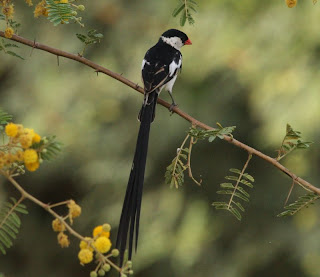 Pin-tailed Whydah, Tuti 17th September 2010
As has been the case over the last few weeks, the most visible migrants were at the northern end of the island near the fort. It may just be that it is more open here and birds are more visible, or the location may mean that greater numbers arrive at this point. Much of the rest of the island is thick vegetation with lots of thorny acacia. It is therefore likely that the majority of migrants are arriving and disappearing from sight. There were a few shrikes (three species), a couple of Spotted Flycatchers, a couple of Eurasian Golden Orioles, and some Willow Warblers that were behaving like new arrivals. 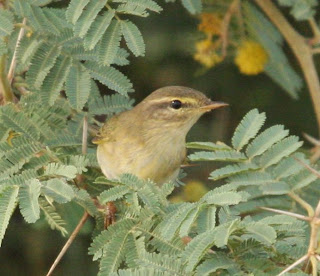 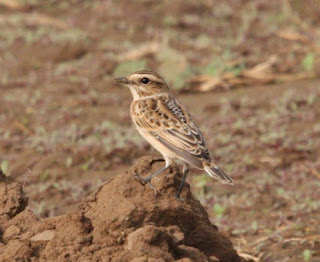 Whinchat, Tuti 17th September 2010
Three Whinchats was the highest yet and further indication that new birds had arrived. A probable Upchers Warbler sneaked into the undergrowth before it could be fully identified.
Posted by Tom Jenner at 16:46