Still no big falls of migrants at Tuti

I was out with Daniel again this weekend. A group of three Gabar Goshawks performed well for us. I expect they were a family group, though none appeared to be immatures. One was the attractive Black morph. 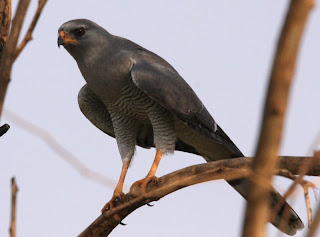 Gabar Goshawk, Tuti, 24th September 2010
Once again, most migrant activity was at the northern end of the island, with some birds (such as one Black-eared Wheatear) behaving like they had just arrived. This was the first we have recorded on Tuti, though Mark Mallalieu saw one nearby a couple of weeks ago (see the report of his walk along the Blue Nile). Other new migrants to report were a Common Whitethroat and a Lesser Whitethroat. An immature Common Rock-Thrush was also a nice find. Once again, we were left discussing why there weren't the big numbers of migrants that we had been expecting. Maybe there is so much vegetation along the Nile that Tuti is not such a big draw. There were still interesting birds, such as those below, to give us plenty to watch. 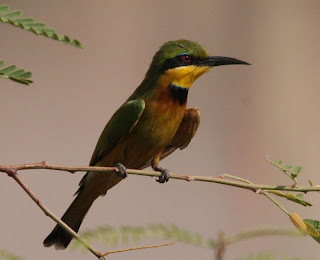 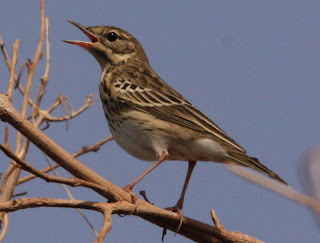 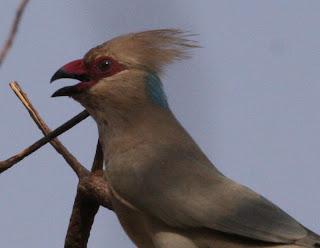 Blue-naped Mousebird, Tuti, 24th september 2010
A falcon that flew right past us may well have been a Red-necked Falcon, but the views were too brief and we didn't see it well enough to be sure. That will be something to look out for next time.
Posted by Tom Jenner at 19:24