I made a short trip to Tuti on my own this weekend and the highlight was a fabulous display by a male Pin-tailed Whydah to his would-be mate. Despite her seeming indifference, the female was clearly interested and kept flying back to prominent perches to be courted. 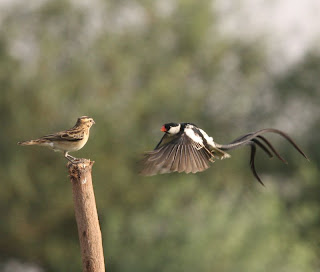 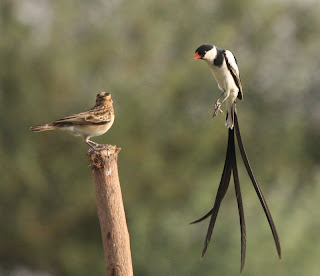 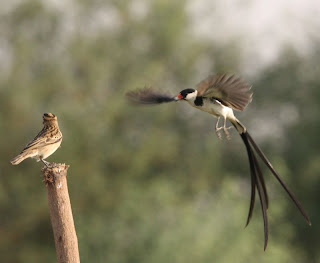 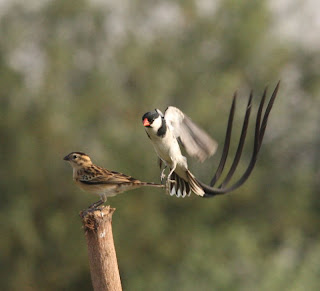 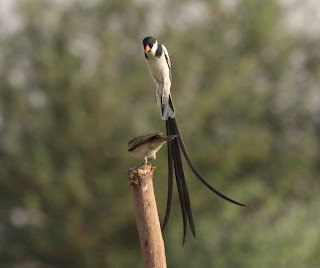 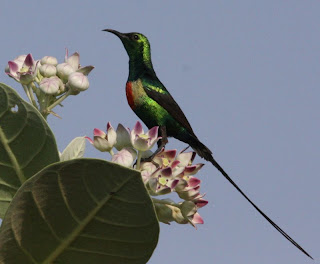 Beautiful Sunbird, Tuti, 1st October 2010
As my trip was only short I drove most of the way to the end of the island and spent most of my time looking for migrants in the bushes at the end. There were a few about, with Sylvia warblers being the most noticeable. Many went unidentified in the thick bushes, but most common were Blackcaps, with Common Whitethroats, Lesser Whitethroat and Garden Warbler also seen.
Posted by Tom Jenner at 21:43