A death trap for the Egyptian Vultures in Africa

The following article and maps were sent to me by Stoycho Stoychev of the Bulgarian Society for the Protection of Birds. The orange line on the maps below shows the route taken by the Egyptian Vultures they have tracked by satellite from Bulgaria to North Africa.

A joint expedition between BSPB and the Sudanese Wildlife Society (25.IX-5.X.2010)
has found 17 electrocuted Egyptian Vultures. The main study area of the
expedition was the Red Sea coast in North-Eastern Sudan.
The finding of the dead birds under a particular power line in the
surroundings of Port Sudan confirms a threat there which is known to
cause the death of many birds since many years and continues to take
victims. Still in 1982-83 the German ornithologist Gerhard Nikolaus
found under the same power line almost 55 electrocuted Egyptian Vultures
and during next visit in the area 21 years later, he found another 5
dead birds. Until now there are found almost 80 electrocuted Egyptian
Vultures but this is only the tip of the iceberg since the power line is
built in the 1950es and probably has caused the death of hundreds and
may be more than a thousand Egyptian Vultures.
In the past the area around Port Sudan was the most significant known
stop-over site of the species in Sudan during its autumn migration. But
in spite that the expedition was implemented in the period of most
intensive migration of the Egyptian Vultures, they were found in very
low numbers.
Not only the Egyptian Vultures were found to be victims of this
particular dangerous power line, but also Lappet-faced Vultures, Steppe
Eagles and also during the expedition we found electrocuted Bonelli’s
Eagle and nearby territorial pair which was previously not known to
occur in Sudan.
The probable high mortality during the migration and in the wintering
sites is considered to be one of the main reasons in the complex of
threats leading to the fast decline of the Egyptian Vultures in the
Balkans. Data from the monitoring in Bulgaria and Macedonia for the last
8 years, shows that in the spring significant part of the birds do not
return to their breeding territories. It is well known that often during
migration and wintering the Egyptian Vultures prefer to roost on
electric poles. The power line causing the death of so many vultures
from the endangered species is situated in close distance to big farms
which attract many birds and cover area of a several square kilometers.
On the other hand until the last year this was the only power line going
out of the town and offering an attractive roosting site for the birds.
This power line supplies with electricity and ensures the work of pumps
in the water supply zone which give water to the almost 500 000
inhabitants in the town. We assume that the decades of such impact on
the species caused by this single extremely dangerous power line may
have caused the extinction of Egyptian Vultures populations which
traditionally migrate along the western Red Sea coasts and breed in
Eastern Europe, Western and Central Asia and the Middle East. Following
the results from the expedition, a huge priority in the species’
conservation will be the insulation of the dangerous power line near by
Port Sudan and convincing of the Sudanese Electricity Company to use a
safe model of pylons.

It is still not known whether the Bulgarian birds use this migratory
route but we hope that the future research using satellite telemetry
will reveal more and will assure a better planning of the conservation
measures which necessarily need to cross the national borders.

We thank to the Sudanese Wildlife Administration for assuring the safe implementation of the expedition. For the financial support we thank toAfrican
Bird Club, Mohamed bin Zayed Species Conservation Fund, Stitching
Vulture Conservation Foundation and the Royal Society for the Protection
of Birds, UK.
Spartacus on the migration way to Africa

Almost two months ago, a BSPB team tagged a satellite transmitter to
juvenile Egyptian Vulture in a nest in the Eastern Rhodopes, Bulgaria.
It has an important mission, which is to carry the transmitter twice a
year across three continents during its migration, wintering and return
to the natal areas. We hope that the modern technology will reveal
unknown details of the vulture’s life and shed light on the poorly known
wintering grounds of the Egyptian Vultures from Bulgaria. We named it
Spartacus, because we wanted to inspire it with courage, strength and
confidence during its uneasy and full with dangers life of an Egyptian
Vulture.
Spartacus, who we hope will carry out the so important for its species
task, is the first chick, hatched in a nest with two. Its parents,
supported by a nearby feeding station, are breeding on a cliff
neighboring the BSPB’s Nature Conservation Center “Eastern Rhodopes” in
the town of Madjarovo. In the last few years the territory is the most
successful one in Bulgaria. The mother of Spartacus was ringed in 2005
and since then she raised totally 11 juveniles from two different male
partners (the first male died from pesticide poisoning in 2007).
On 19th of August Spartacus did its first flight. The
first week after his fledging Spartacus and his sibling spend in the
close area around the nest, not distancing on more than a kilometer. On 23th of August Spartacus
was photographed feeding on the feeding station near Madjarovo and
later he was observed drinking water from Arda river. On 13-th of September,
after it was observed around the feeding station, eating with its whole
family a dead Hedgehog, Spartacus departured on migration, leaving on
the long way south to Africa, crossed the North-eastern corner of Greece
and at 14:00 reached the surroundings of Corlu west of Istanbul,
Turkey. Later till 21.09 it wandered in an area well populated with
Egyptian Vultures west of Ankara, while on 21-st of September it
was already in South Turkey and we hope that it will safely cross the
Middle East, which is proved to be a very dangerous area for raptors,
with many migrants finding their death there.

On 11 of October it cross  Suez,  on 14 of October it enter Sudan and on 15 of October it was 150 km from the border heading Southwest
The buying and putting of the satellite transmitter is funded by Ed
Keeble (RSPB), David Broadly (Richmond & Twickenham RSPB Group),
Barbara Cross and Michael Roberts (RSPB).

This is only the third transmitter put on the species in Bulgaria,
after one in 2001 and second in 2008. The bird with the first
transmitter reached Chad in Central Africa but probably died by unknown
reasons (Meyburg et al. 2004). The second bird was tagged by Green
Balkans and it reached the western coast of Sinai peninsula in Egypt
where the signal stopped. 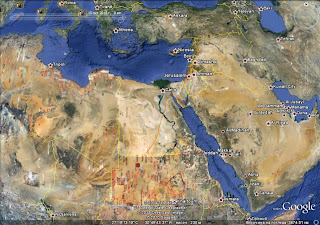 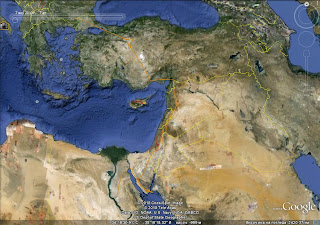 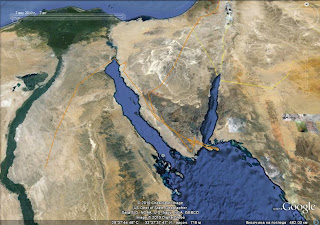