On Friday I made a visit to Alwaha Farm just south east of Khartoum. I was very fortunate to have operations manager Tarig Kheir to show me around plus his son Mustafa, who has an interest in birds and wildlife.  Alwaha is a large state-of-the-art farm that is at the forefront of developing agriculture in Sudan. One reason for my visit was to try and identify the species of bird that has been decimating their sorghum crop. There were a number of species eating from the heads of the sorghum, but it was no surprise to find the dreaded Red-billed Quelea as the main culprit. This is by far the biggest bird pest in Africa and it has been proposed as the commonest species in the world. 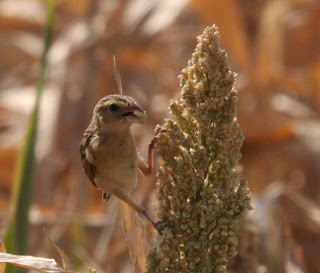 As soon as we arrived I was impressed with the numbers of birds here. Unlike the Quelea, most of them are welcome here as they are predators of invertebrate pests. Many insect-eaters were present such as Siberian Stonechats, Crested Larks and Yellow Wagtails. Most noticeable, however, were the large numbers of raptors, including several species that I had not seen previously in the country and one (Beaudouin's Snake Eagle) that was a new species for me. Eurasian Griffon Vulture was the first vulture I had seen in Sudan, and is apparently quite a rarity; other species that I had not seen here previously were Pallid Harrier, Greater spotted Eagle and Eurasian Kestrel. 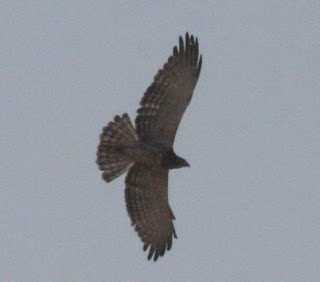 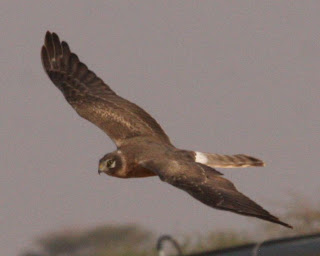 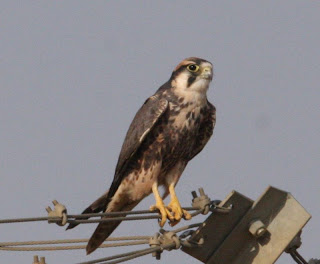 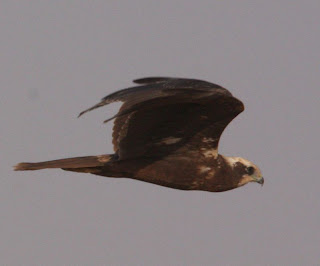 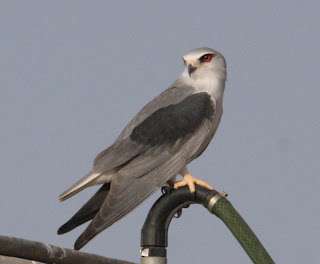 Also notable were the large numbers of Storks in the area. I have seen many Abdim's Storks around Khartoum, but here they were joined by good numbers of migrant White Storks and Black Storks. 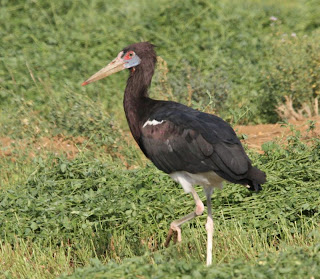 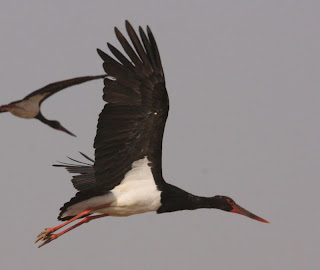 Several thousand Demoiselle Cranes were feeding in fields before taking off and heading on south. Another great find for me was a Northern Carmine Bee-eater, which was a second new species for me. There were also many other interesting migrant and resident passerine species. 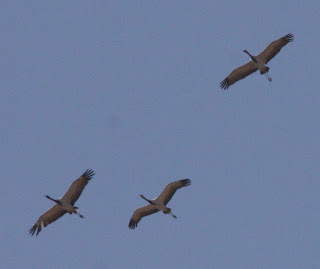 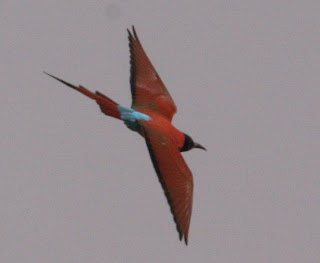 All in all, this one one of the best mornings of birding that I have had in the country. In previous posts I have wondered about the relative lack of migrants on Tuti Island and hypothesised that it is due to them stopping off in other areas along the Nile. The numbers of birds at Alwaha makes me realise that this is probably the case. Alwaha is not open to the public, but I would imagine that other agricultural areas would also house good numbers of birds.
Posted by Tom Jenner at 20:36