It has been a long time since my last blog entry because I have been traveling in Kenya and Zanzibar, where the birding and general wildlife were both fantastic. Today I went with my family for a picnic on the Blue Nile just south of Khartoum at a riding stables owned by the school where I work. I had been told that the lowering of the Nile would produce lovely sandy beaches, but there was little on offer for my 3 year old son when we arrived. However, the muddy beaches had plenty of shorebirds, which kept me happy. Egyptian Plovers are everyone's favourite and a real specialty of the Nile. Black-winged Stilts are much more widespread, but always nice birds to see. 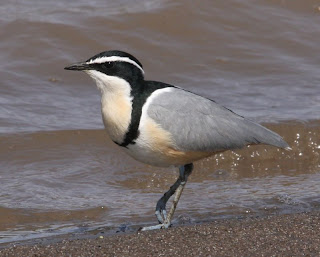 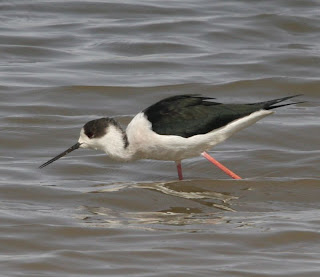 Black-winged Stilt, Blue Nile 21 Jan 2011
Many of the typical waders are more for the serious birder, being similar in shape, brown and quite difficult to identify without experience. In the photo below the yellow leg colour separates Temminck's Stint from the similar, but black-legged, Little Stint. Marsh Sandpiper can be easily confused with the larger Greenshank, but the photos below show the fine delicate bill of the Marsh Sandpiper compared with the thick, slightly upturned bill of the Common Greenshank. Other species included Curlew Sandpiper, Common Sandpiper, and Ruff. 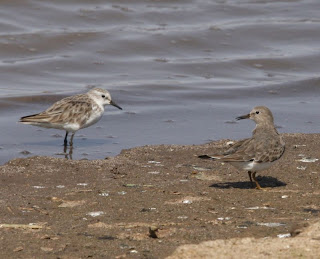 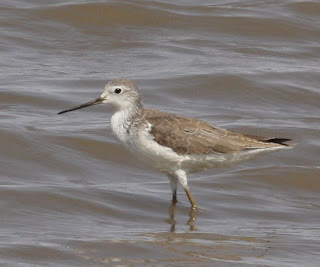 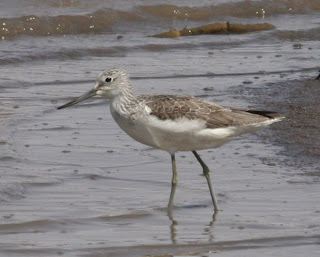 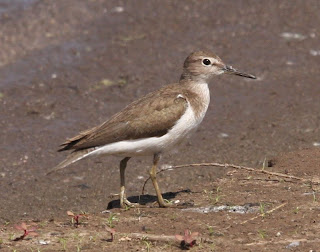 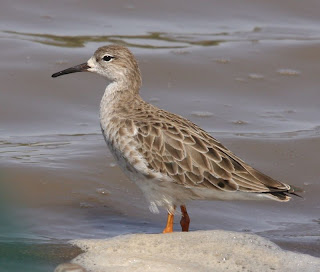 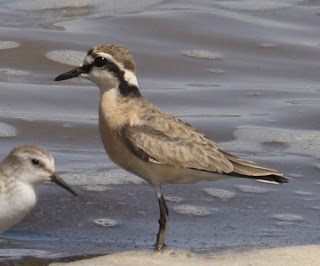 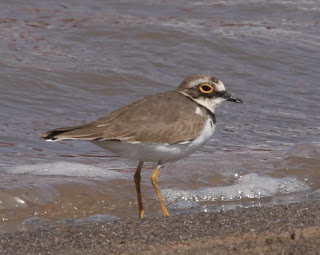 Little Ringed Plover, Blue Nile Jan 2011
There were also several species of tern flying up and down the river. Most common were Whiskered Tern and Gull-billed Tern, but White-winged Black and Caspian Terns were also around. I was surprised to see that some of the Whiskered terns are already showing their breeding plumage. Another surprise was a Gull-billed Tern that chased a much larger Caspian Tern up and down the river for several minutes to try and take the fish it was carrying. This is common amongst terns, but it is usually the larger species that takes food from the smaller one. 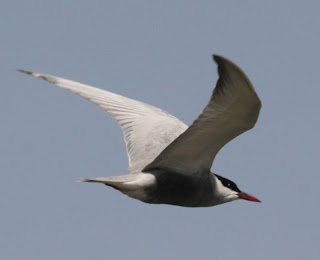 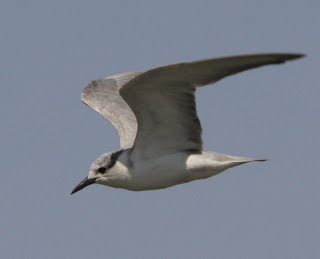 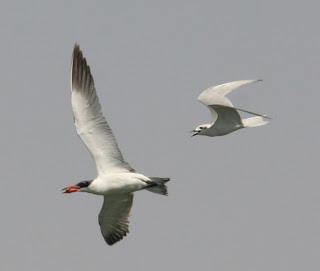