On 27 March and 3 April I went out looking for "better woodland", a phrase used by Nikolaus in his Sudan bird atlas. Wood-cutting for charcoal and firewood has seriously affected the bushland that is easily accessible from Juba and I'd not located many of the bird species associated with more wooded areas. On 27 March, I went 50 kms along the Nimule road, south from Juba. I eventually found an area with more woodland - in a mine-field!
Nearby, in a slightly more degraded area, there were nevertheless some new species, including Tropical Boubou. A female Northern Puffback was quite confiding, and there was a single African Moustached Warbler. 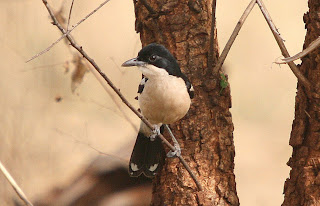 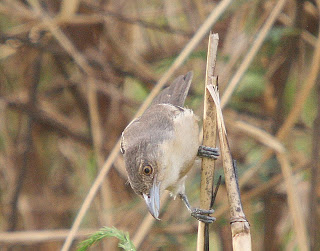 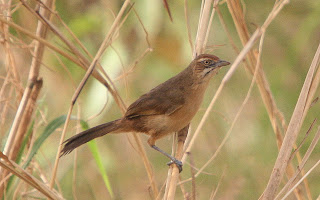 African Moustached Warbler
Today, I located an area about 12 kms north of Juba that, whilst clearly being harvested for wood, still contained some small areas with larger trees. Almost immediately, I found a small group of Yellow-billed Shrikes, as well as Northern Brownbuls and a stunning white morph African Paradise-flycatcher. There were also White-crested Helmet-shrikes and White-billed Buffalo-Weavers, both of which I'd only seen once before around Juba. Other new species included Black-bellied Bustard, Red-shouldered Cuckoo-shrike and Red-fronted Barbet. 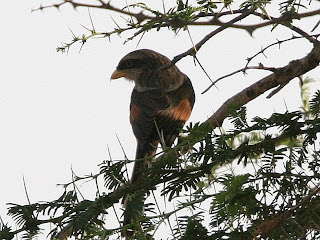 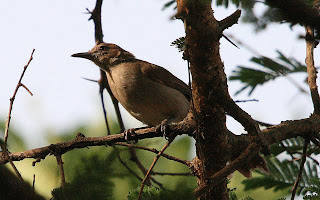 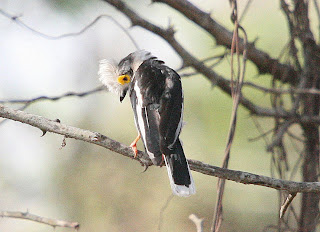 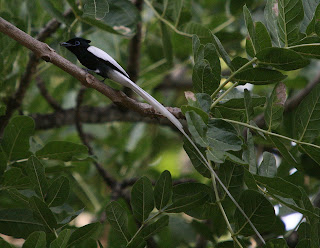 African Paradise-flycatcher
En route back to town, a White-headed Vulture flew by at close range; and a flock of Knob-billed Ducks were resting in a flooded pit. 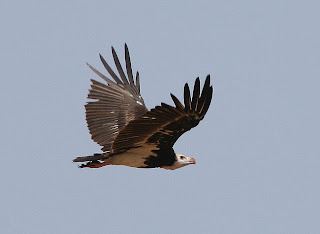 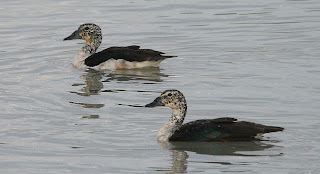