After returning to Khartoum from my summer vacation, my first port of call was Soba Pools on August 17th. Prior to the start of the rainy season I had regularly seen species such as Hottentot Teal and African Purple Swamp-hen, which had previously only been reported once each in the country, plus species such as Common Moorhen and Squacco Heron that are only supposed to be winter visitors. I was therefore very keen to know if they were still present. In all cases they were, though in smaller numbers, which could be because birds have moved away or that they are spreading out into the many temporary wetlands that form during the rainy season. There were at least 4 Hottentot Teals, one Swamphen, at least two Moorhens and two Squacco Herons. Also still present were the Little Grebes. 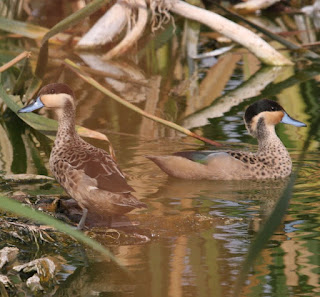 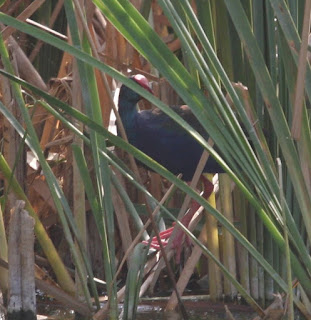 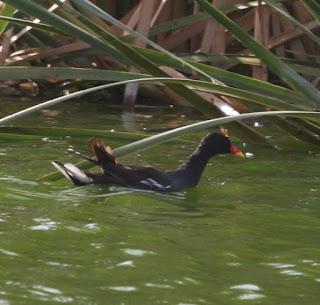 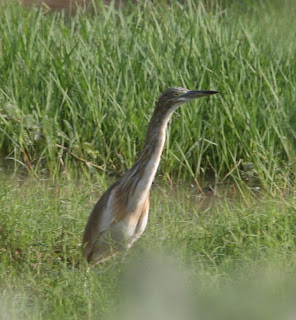 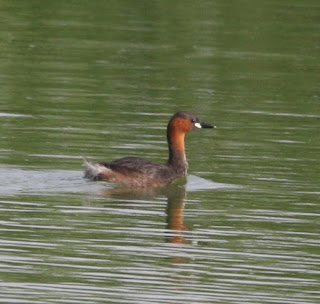 Waders were already present in good numbers with quite a few Black-winged Stilt, Green Sandpipers, Wood Sandpipers, Common Sandpipers and Greenshank, plus a Ruff and a peep that was probably a Temmink's Stint. 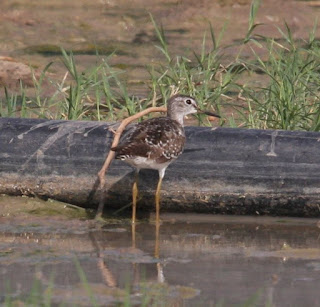 My wife is often a bit surprised to see me arrive home from Soba Pools with pockets full of large stones. This is easily understood when you realise the number of feral dogs that hang around the area. I have seen groups of up to 10, which is a little unsettling at times when I am on my own. To date they have always moved away when I approach, but I am often snarled and barked at and I want to be prepared for any eventuality. 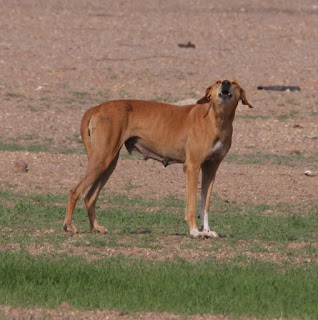