I decided to try some netting today at the Soba Sewage Pools in the hope of catching some Northern Masked Weavers. There were a lot of juvenile birds around and many of the adults were in moult, suggesting it is the end of the breeding season for them. I managed to catch 17 weavers in total. They were easy to catch and I could have caught many more, but I am taking lots of measurements and I had to keep closing the two nets I was using to concentrate on collecting this biometric data. 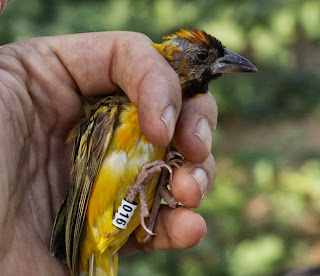 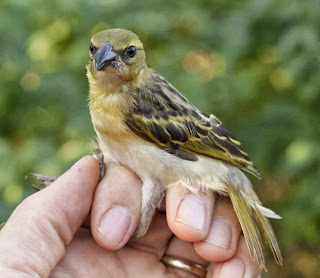 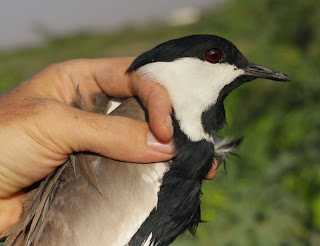 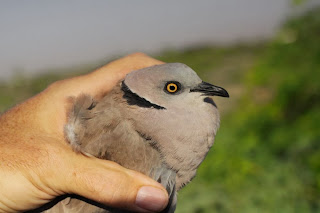 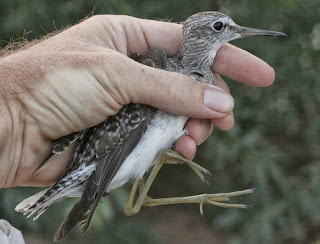 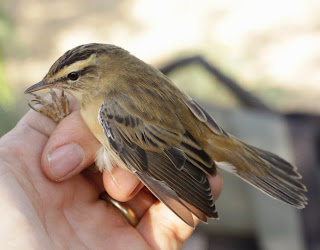