I have just returned from 4 nights in Sennar, which lies on the Blue Nile about 250km South of Khartoum. My main interest was a study I am conducting there on Cinnamon Weavers, but in this posting I will refer more to the other birds seen or captured during netting activities.

It is usually quite easy to drive on Fridays as the traffic is generally quite light, but with Eid approaching the roads were unusually busy with people heading home to see families. On the way down I saw my first Bataleur in Sudan, just north of Wad Medani. As always, there were lots of Pied crows on this section of the road, though it was a surprise to see no others further south. Similarly, I saw several Ruppell's Starlings around Wad Medani, but none further South. Greater and Lesser Blue-eared Starlings were also conspicuous in their absence throughout the trip, suggesting they may have left early this year. Other birds seen only on the drive there and back were African Grey Hornbill, Yellow-billed Stork and Marabou Stork (just south of Khartoum).

Once in Sennar I went straight to work in finding a study site for Cinnamon Weavers and soon located a place just north of the city. From here on my main interest was the weavers, but I also had the chance to see some good birds in the area, which was mainly crop farmland a couple of km from the Blue Nile. There were a number of species here that are much less commonly seen further north. A few are pictured below: 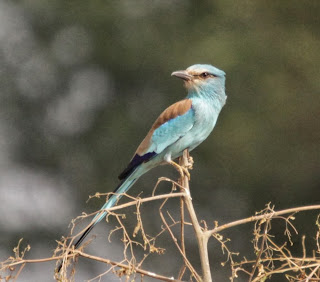 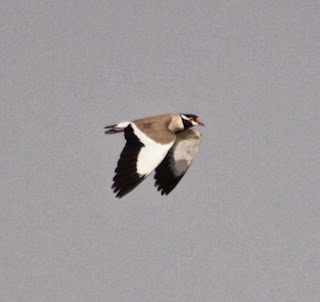 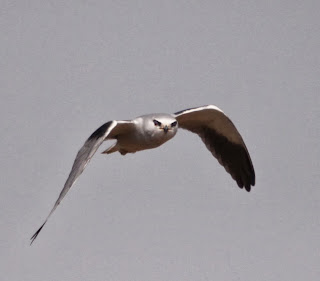 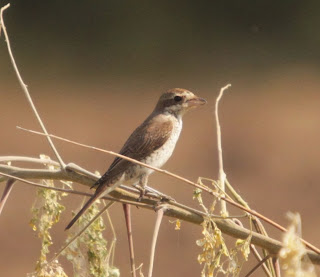 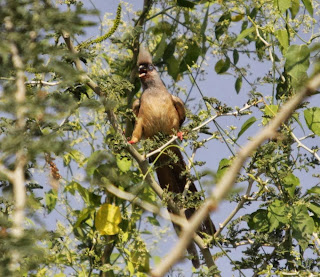 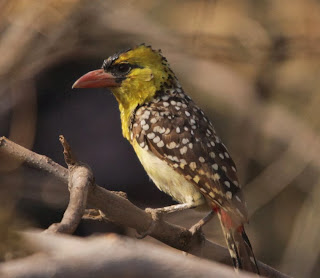 It was exciting to finally get some nets up near a Cinnamon Weaver colony. There seemed to be birds everywhere and I knew that I would catch some good stuff. Unfortunately, although I only had 4 nets, the birds came so quickly that I struggled to handle them all on my own and I often had to shut the nets to slow things down. Net-fulls of House Sparrows and Northern Red Bishops kept me occupied, plus quite good numbers of Cinnamon Weavers, each one of which took a long time to process as I was taking lots biometric data. In most cases I only had time to take a quick snapshot of other species before immediately releasing them. It was still great fun to handle these amazing birds: 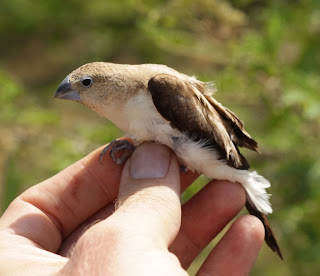 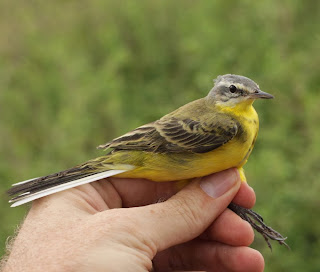 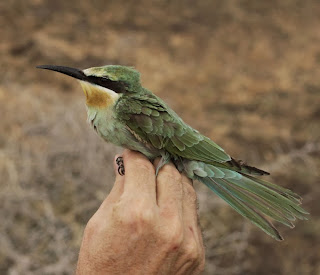 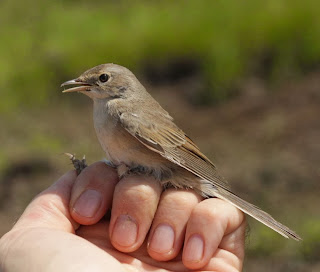 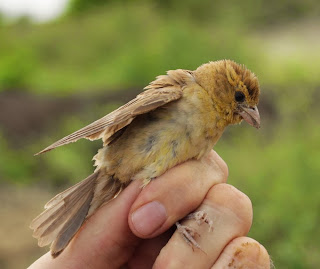 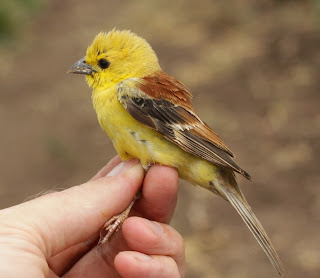 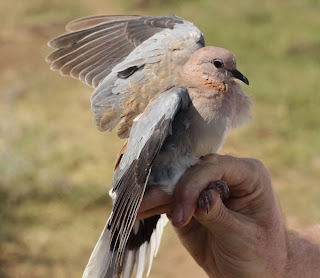 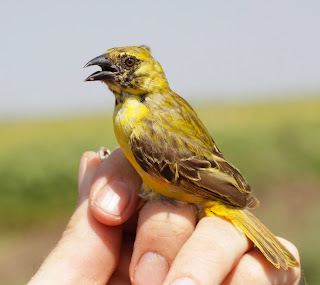 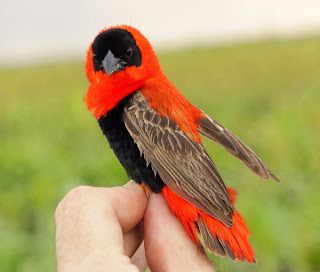 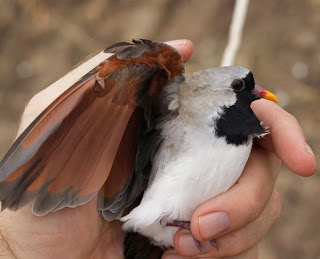 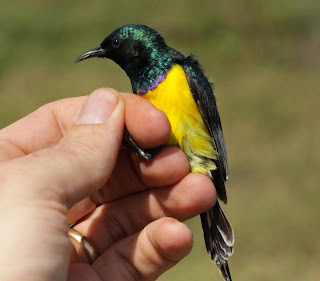 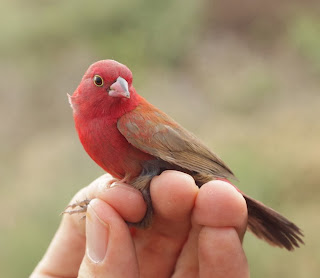 Vinaceous Dove, Winding Cisticola and Yellow-crowned Bishop were all my first sightings in Sudan and with all three of them the first I knew of them being there was when I pulled them from the nets. Other first sightings for Sudan included Grasshopper Buzzard and Woodchat Shrike, while Grey-headed Kingfisher was only my second sighting. 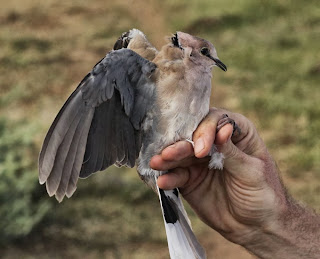 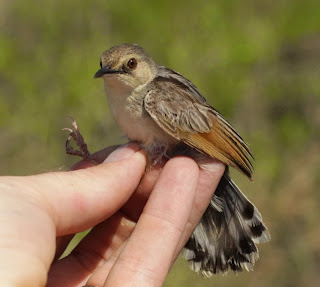 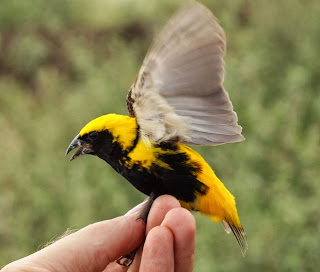 And finally, the birds I had been waiting so long to capture, measure and ring - the Cinnamon Weaver: 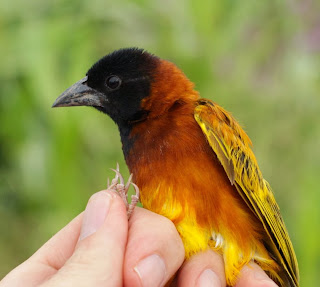 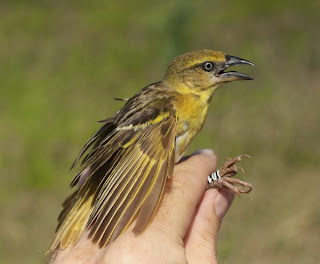 I hope to publish some more on my Cinnamon Weaver study soon, plus I hope to get back for another visit in the not-too-distant future.