Today I made a visit to the sewage pools just outside Bahri with Marwa Taha, who is studying birds at sewage works in the region; her main interest being the effects of heavy metals on birds. I once made a brief visit here with Mark Mallalieu back in 2010, but there is no public access and we were only able to view from the roadside verge. Marwa has permission to enter to make her studies, giving us access to what looks like being an excellent site for waterbirds, with several large open, nutrient-rich pools surrounded by reeds. Bird of the day was definitely a Southern Pochard, which has only rarely, if ever, been seen this far north. It stayed around the opposite side of the pool giving distant views, but the blue bill was distinctive at quite long range. 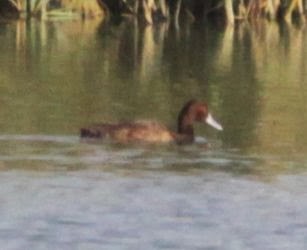 There were many other ducks present, which mainly appeared to be Garganys, Shovelers, and  White-faced Whistling Ducks, plus 5 Hottentot Teal and a few Northern Pintail. There were also big numbers of Little Grebes, plus plenty of Moorhens and a couple of Common Coots (only my second sighting in Sudan).  There were also a couple of Marsh Harriers and quite a few Sacred Ibises, which Marwa observed breeding here earlier in the year. 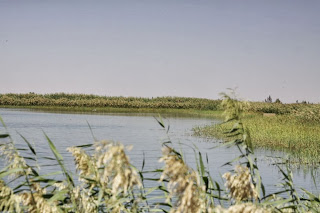 One of the sewage pools near Bahri, 15th November 2013

As well as viewing the local birds, we put up nets to see what we could catch - my interest, as always, being the local weavers. Unfortunately, the birds here are no longer in breeding plumage and I cannot be certain which species I was catching, though they are most likely to be Northern Masked Weavers. Hopefully I will be able to sort this out later in the year when I see breeding birds, or if I manage to find a feature for separating non-breeding Northern Masked and Cinnamon Weavers. 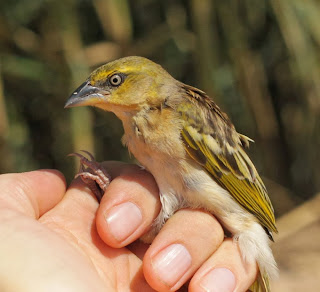 There were lots of Sedge Warblers in the reeds, plus a few Reed Warblers and various other species, some of which went into the nets. 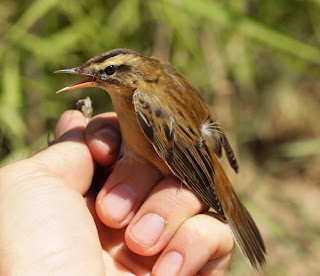 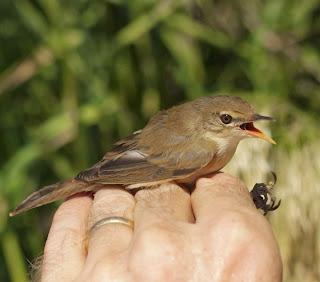 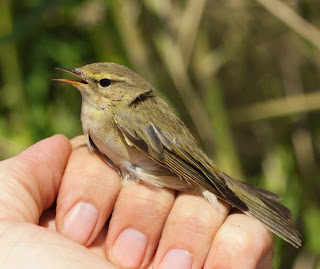 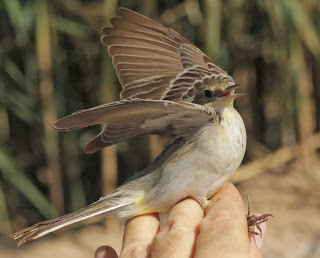 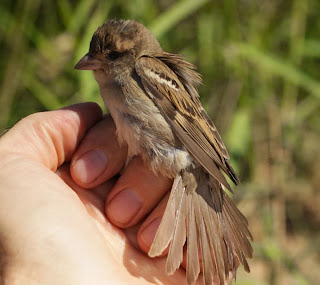 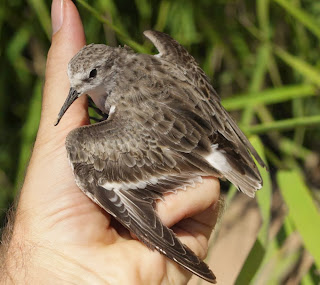 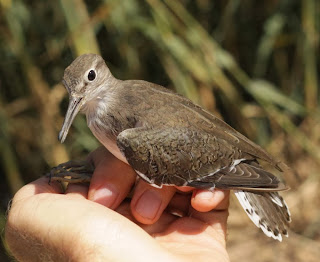