For the past two years I have been observing Hottentot Teals at different locations around Khartoum, often in good numbers and often in pairs, but until now I have not found any young birds. This afternoon Marwa and I visited Khartoum Sewage Pools where we were finally able to confirm them as a breeding species in Sudan, courtesy of an adult pair with two young. Until my first sightings this species was known in Sudan from only a single record in 1981. The young birds stayed in close to the reeds and never ventured out into open water, which probably explains why it took me so long to see some. 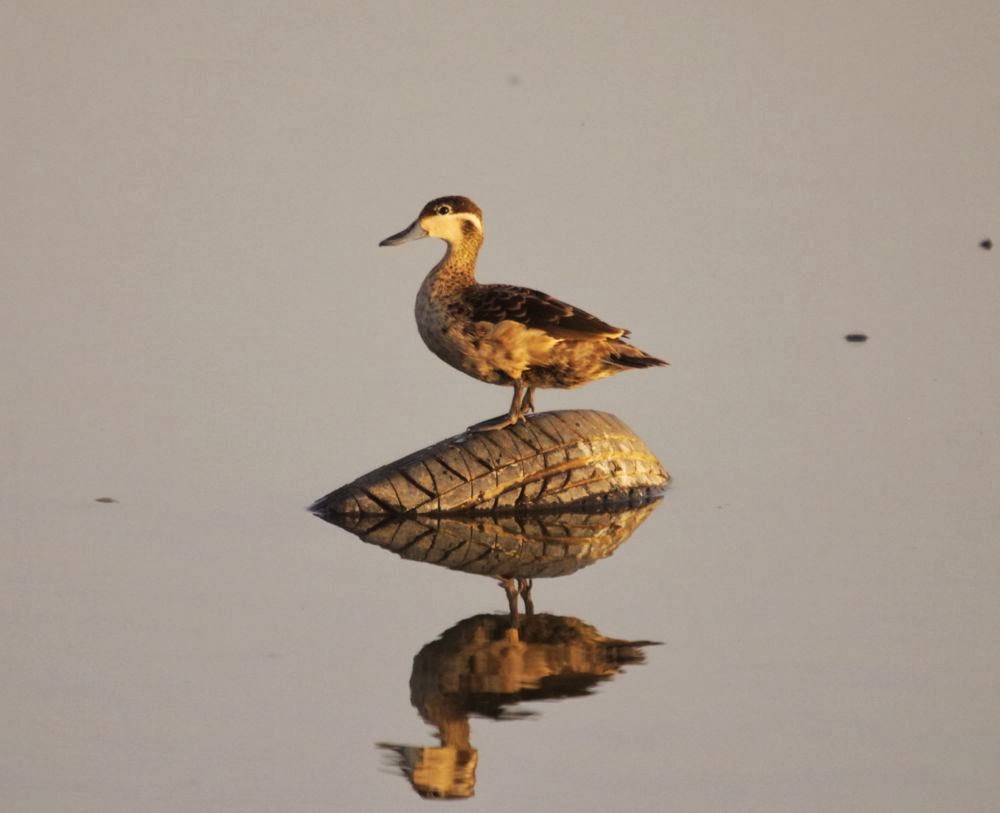 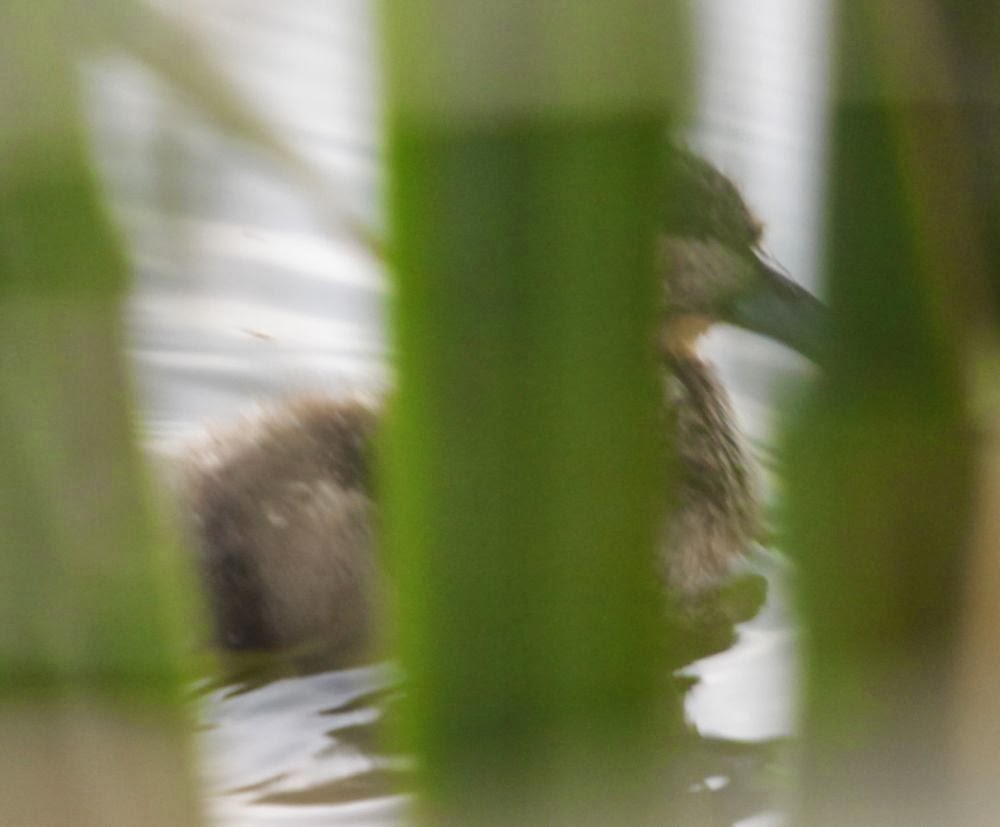 This follows on from about a week ago when we found the first breeding Crested Coots at the same location. I found what were probably the same birds again today, plus there was another chick of about the same size with an adult in a different pool and further out in the first pool what looked like a slightly older bird with some white on the forehead, with two adult birds in breeding plumage. 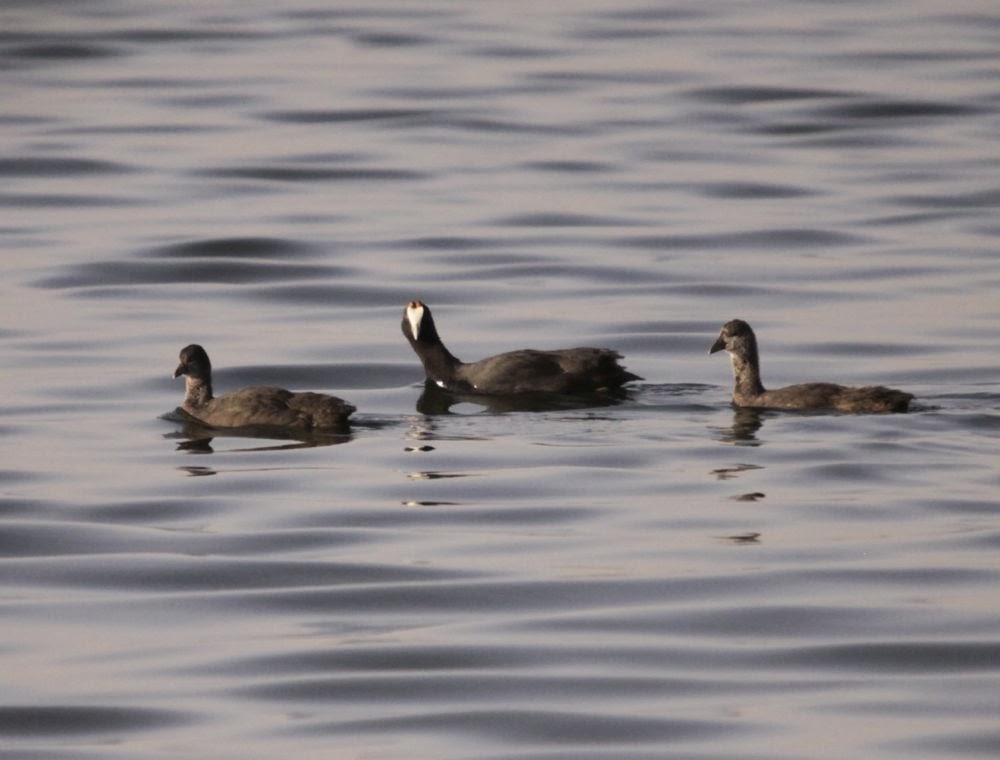 There were other good birds around, including 11 Southern Pochards, plus a couple of Fulvous Whistling Ducks. The whistling ducks are supposed to be quite common in Sudan, but this was only my second sighting. There was a good selection of waders and lots of Whiskered (mainly) and White-winged Terns. These built up as dusk drew in and there must have been near to 1000 birds by the end feeding on swarms of insects that were on the water. The same insects were being eaten by the young and adult coots, plus most other birds on the pools. As we were leaving we encountered quite a spectacle of several thousand Yellow Wagtails coming in to roost. Hundreds were on the mound at the edge of the pools, where they would catch the insects by jumping up. The majority seemed to be Black-headed Wagtail. 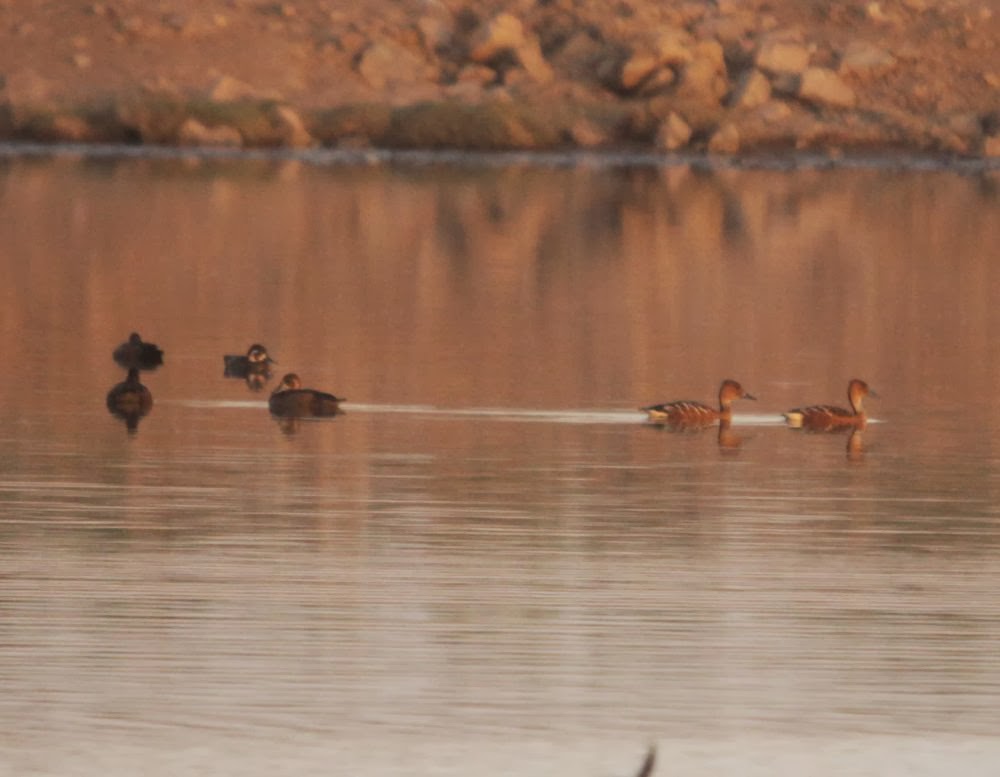 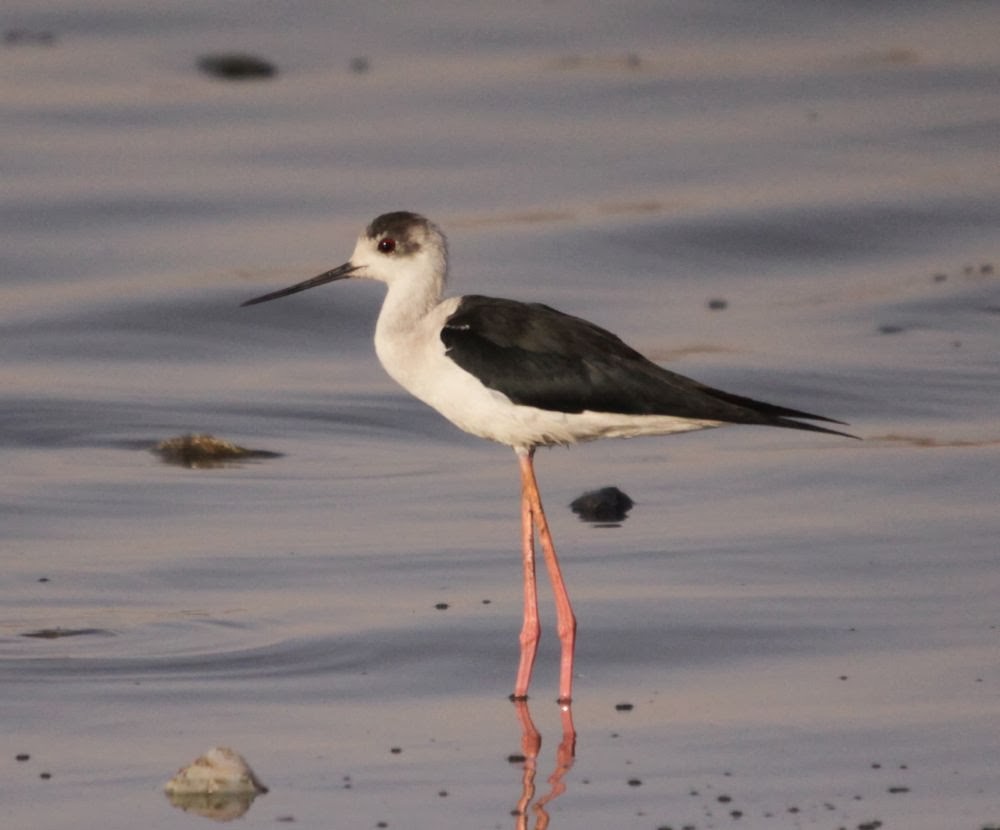