I visited Bahri Sewage Pools today with Marwa and Abubakar to try some ringing. There were swarms of House Sparrows around and it was always going to limit our activities and we only put up two nets to avoid catching too many. As expected we caught lots of sparrows, but I was also able to catch 13 of my target species, the Northern-masked Weaver. The only other bird trapped was a single Graceful Prinia. 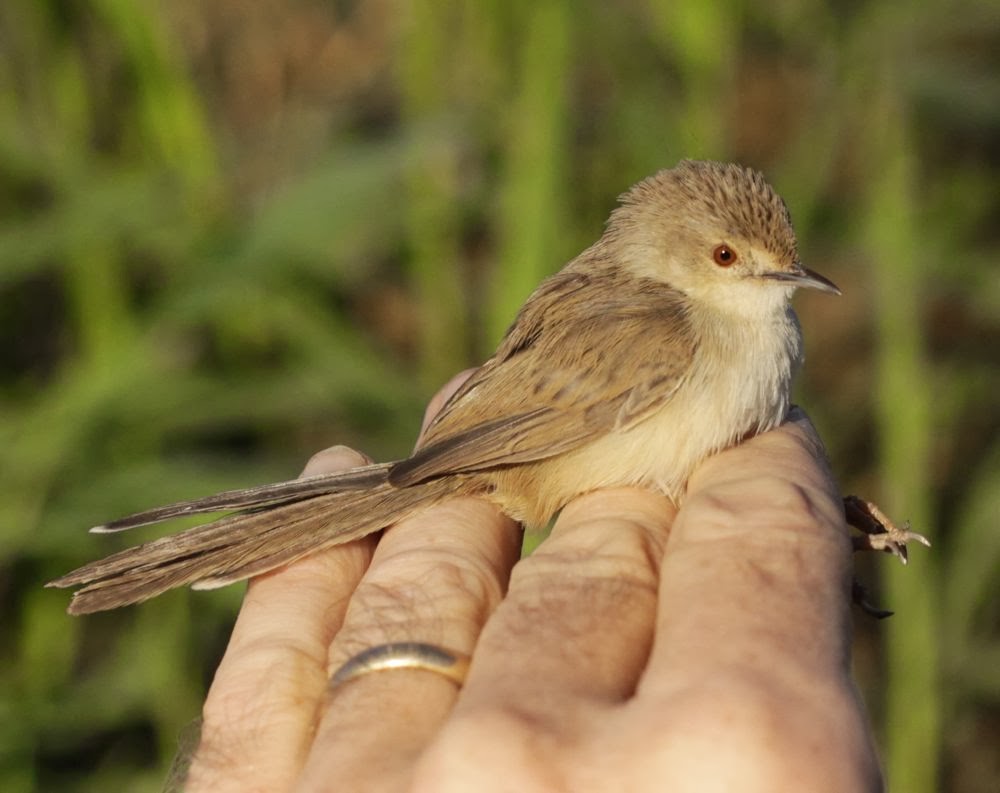 I was interested to see that several of the weavers were already starting their body moult, with several males showing the first few yellow body feathers. There were also two half-built nests that were green in colour so had clearly just been built. A few days ago at Soba Hospital sewage ponds I had also seen a few birds that were just starting moult. The literature says that this species breeds in the wet season, with Nikolaus mentioning August to October (which I am told is what Birds of Africa also says). They were certainly very active last year in March and April, so the literature is clearly not accurate. I hope to be able to get some better data this year on nest-building, egg-laying, fledging and moult, which I then hope to compare with data for Cinnamon Weaver. 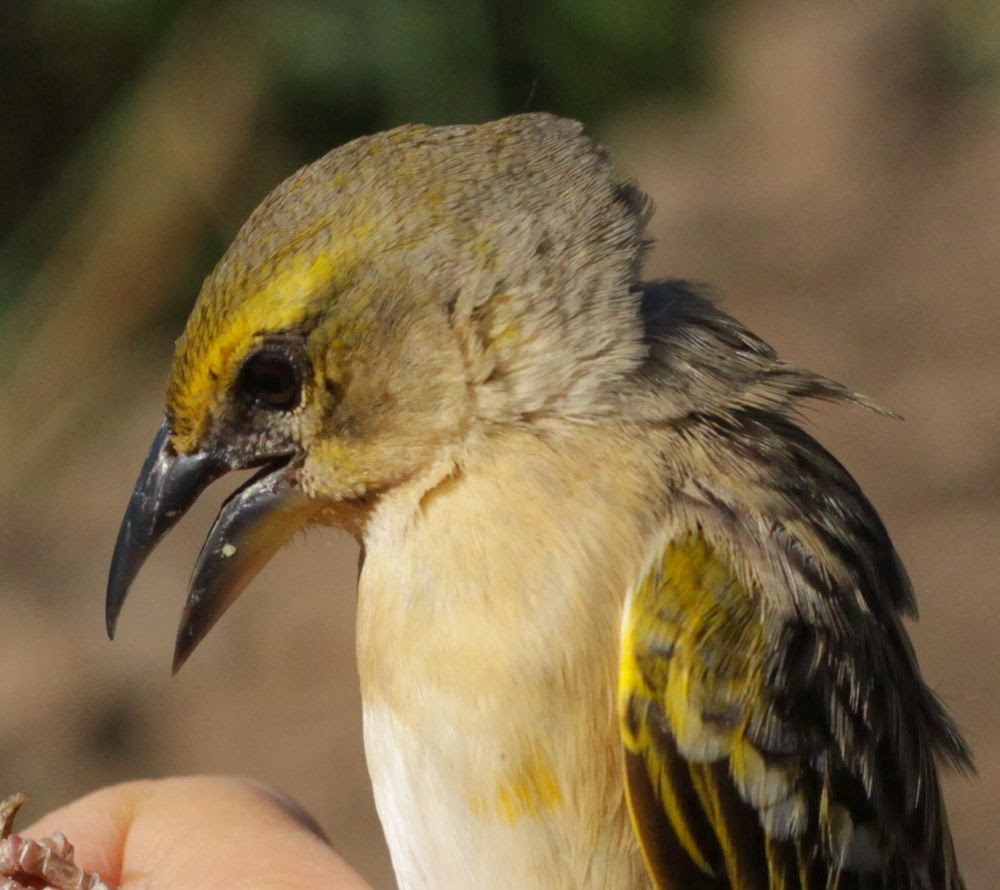 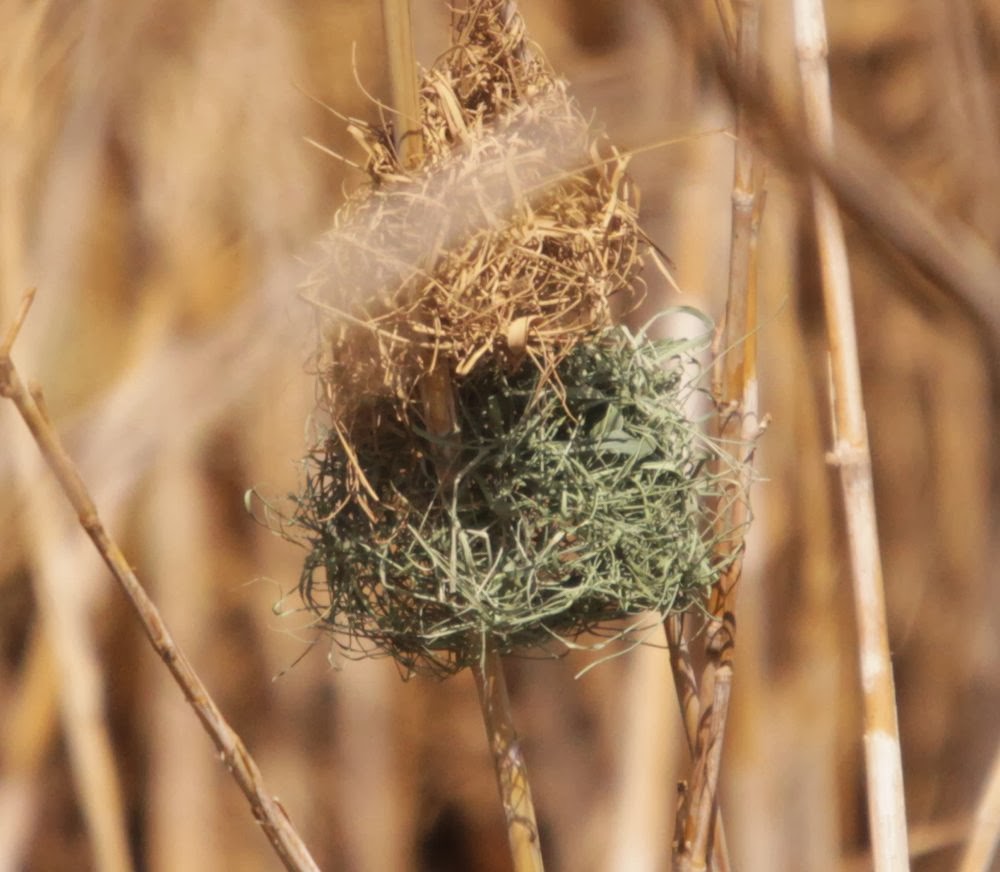