As always, my ringing trip to Bahri turned up some interesting birds. The first thing that struck us on arrival was the big flocks of Ruff that were flying over-head. I had the impression that they might have been roosting in the pools and were heading off on migration, but that may not be the case and they may return to roost. We only saw one tight flock of about 600 birds on the pools themselves, plus a few smaller groups, but we must have seen several thousand in total in the big groups passing overhead when we arrived. As we drove up to the pools there were also quite a few Common Swifts flying around, giving another indication of active migration. Duck numbers were down from our previous visits, and we only saw around 100 Gargany and Shovelers, though we didn't have the chance to check all the pools.

Best bird of the day, however, was what is probably a Chestnut Sparrow. The only other records in the country are from way out west in Darfur, so this is a significant range extension. It would be nice to know whether this is a lone wanderer, or a resident at the site. I also still need to confirm the identification, as I have not been able to find any photos of birds in similar plumage (my guess is that it is a first year male).

There was also a group of about 40 Wattled Starlings feeding around the nets, but unfortunately none went in. The status of this species is also a bit uncertain in the country. Up until now I had had the impression that they were around more in the wet season, though Nikolaus has records from only August until March (including Sudan and South Sudan), and considered the species rare in the north. The birds were all in non-breeding plumage. I have previously seen birds in breeding plumage in August, so perhaps they are breeding here. 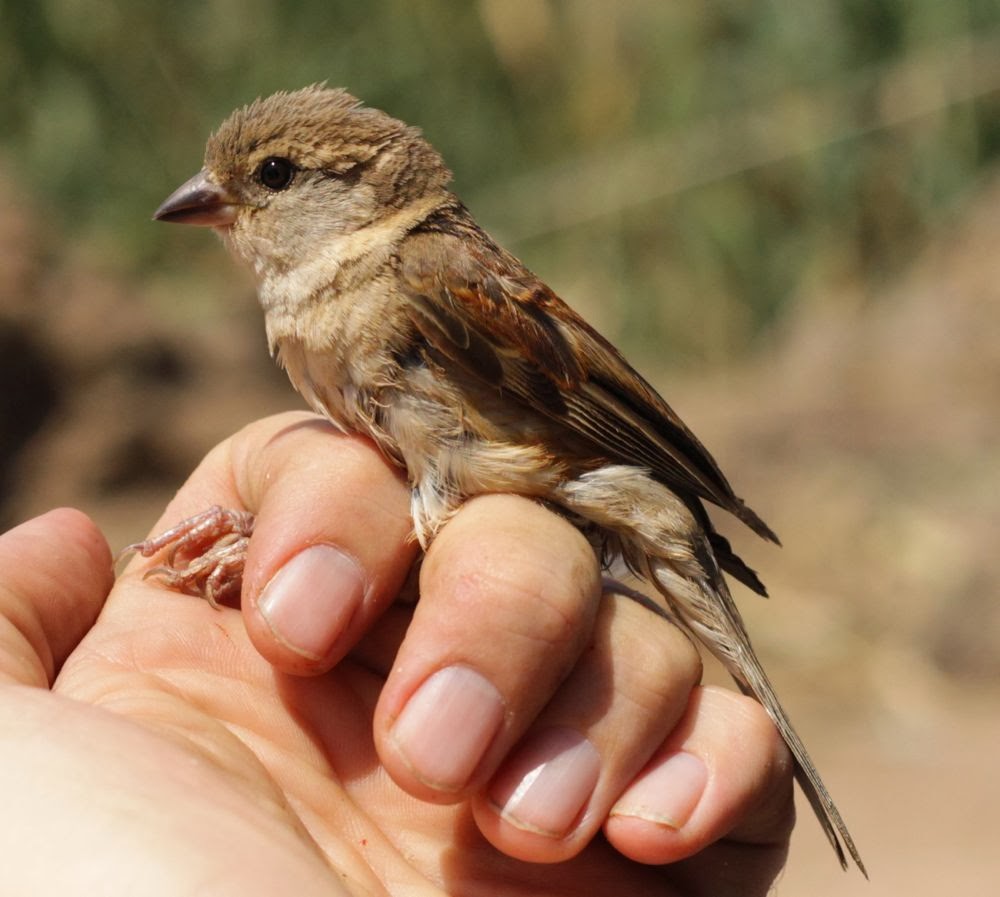 My main target, as always, was the Northern-masked Weavers. Many were clearly starting body moult into adult plumage and there were lots of new nests around. One net near the nests caught 23 birds, giving me plenty of good data. This meant we had to close the nets for most of the time to reduce the capture rate and give me time to take detailed measurements of each bird. We also caught a Village Weaver that was undergoing body moult and saw another in full breeding plumage. We caught lots of House Sparrows, a couple of Northern Red Bishops, a Little Stint, and a Sedge Warbler. 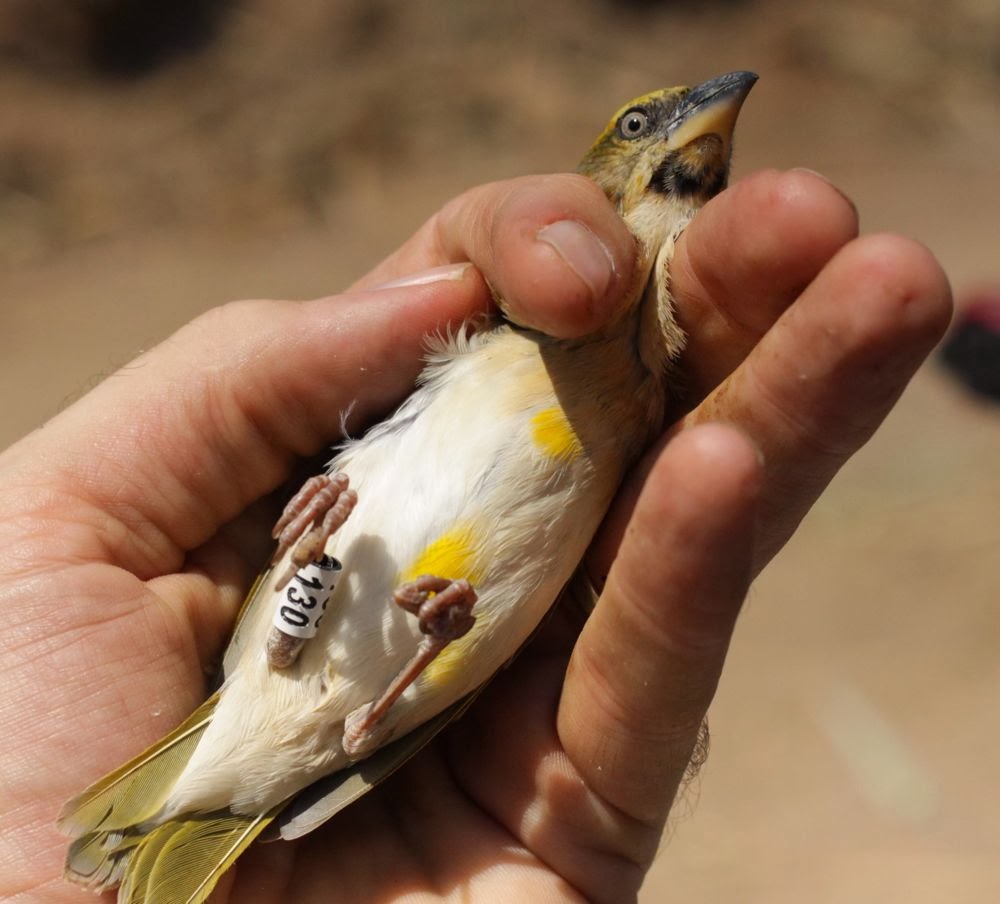 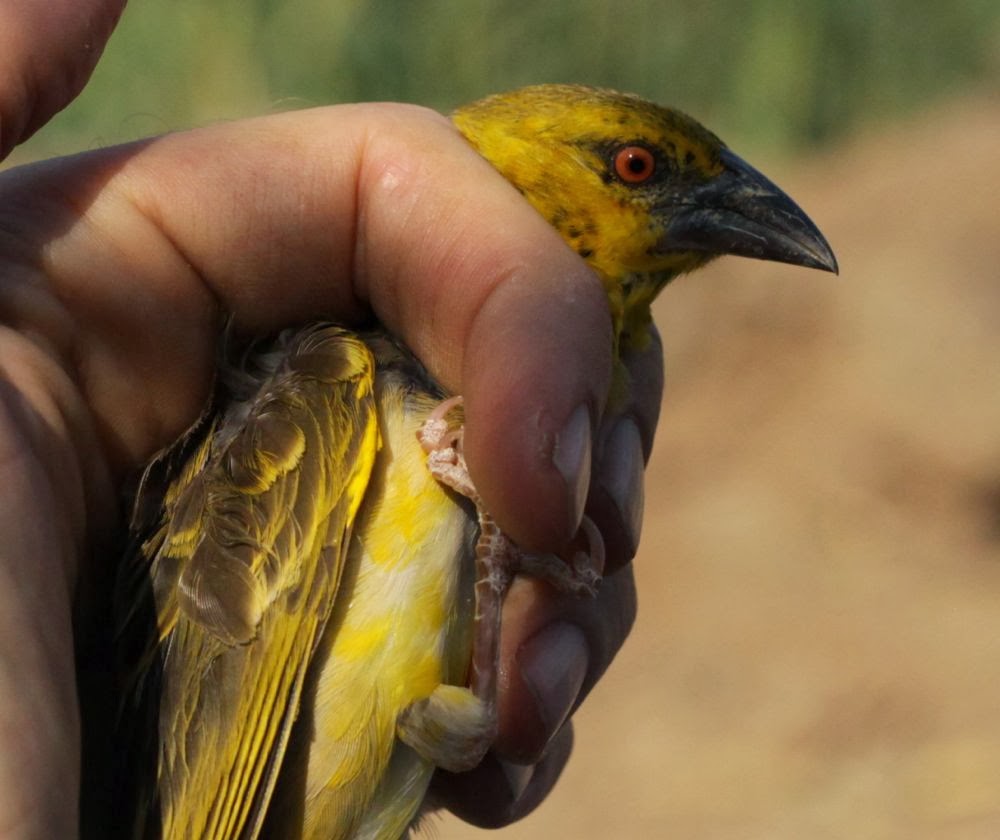 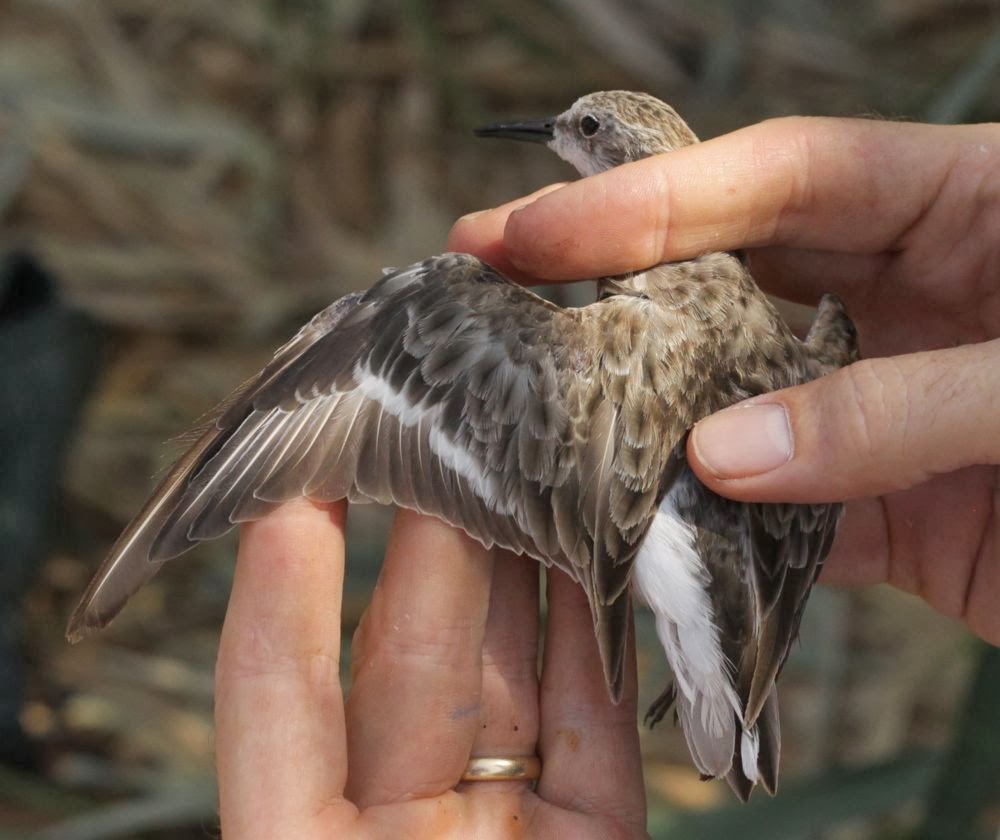 There were quite a lot of Yellow Wagtails around, with all seeming to be Black-headed (feldegg) Wagtails. This made me think of the huge roosting flocks of Black-headed Wagtail that Marwa and I had seen a couple of weeks ago at Khartoum Sewage Pools. On general migration I tend to see far more of the Sykes (beema) variety, usually in open grassy areas. It made we wonder about the reasons for this difference, such as one being a passage migrant while the other is a winter visitor, or there being habitat preferences. I will monitor my sightings more closely to look for a pattern. Other noteworthy sightings included singles of White-tailed Lapwing, Greater Flamingo, African Swamphen, and Eurasian Coot, plus a few Black-headed Herons and Glossy Ibises (all of which were present last time as well).
Posted by Tom Jenner at 22:49