On Friday I visited Bahri Sewage Pools again with Marwa. We visited the same area as last week, placing two nets close to where some weavers had built some nets. We had less success with the nets than last week and I only caught 7 new Northern Masked Weavers, many of which were showing some body moult with yellow feathers on the underparts, but none of which were in full breeding plumage. We also caught a couple of Village Weavers, a Reed Warbler and a heap of House Sparrows. Once again, we had about 50 Wattled Starlings flying around close to the nets, but again none went in. Unlike last week, I noticed that a number had the full wattles of birds in breeding plumage. After a while the wind picked up and we packed the nets up early.

We checked the main pools on the way out and were struck by the large numbers of weaver nests that had recently been constructed. One group of 16 nests was about 30 m out in the water in the branches of a flooded bush. There were then two other colonies close by that were built in patches of reeds beside the road, one with 29 nests and the other with 17. It was noticeable that the males around this area were in full breeding plumage. All nests were above water and the ones in reeds were between about 1 and 1.5 m above it. The ones further out in the bush were perhaps a little lower. Not all nests were complete and there was clearly still a lot of activity going on. Some males were already hanging below the nests and flapping their wings to attract females. I hope to get back soon to check on the nest contents. 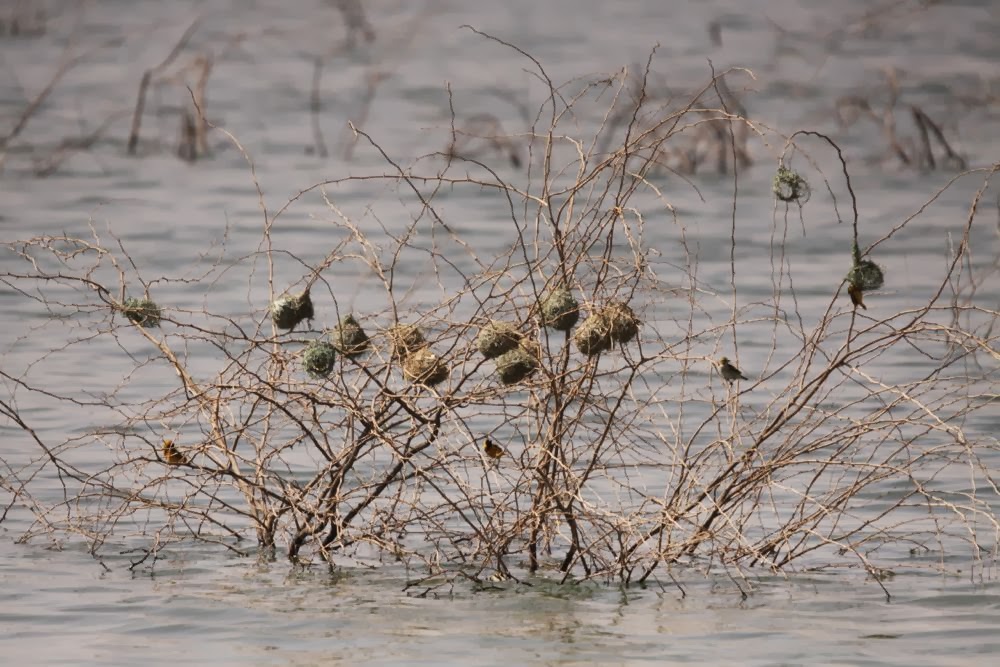 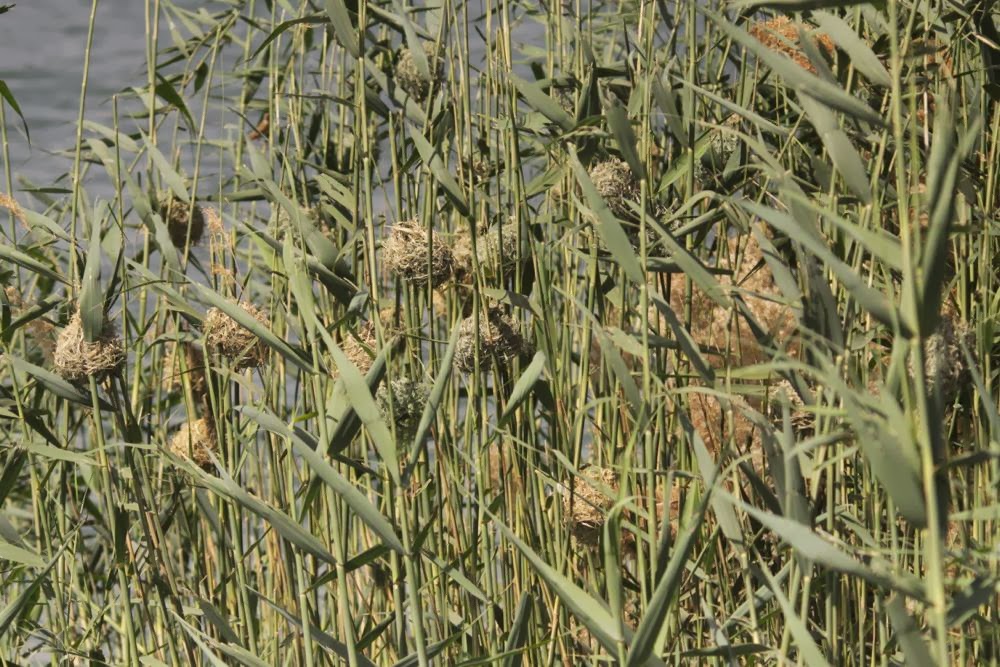 The most conspicuous birds, once again, were the large flocks of Ruff, with several thousand present but very difficult to actually count. Ducks were fewer in numbers, with mainly Gargany present and only a couple of Shovelers. There were still a couple of Eurasian Coots, several Western Marsh Harriers and we had a group of over 20 Senegal Thick-knees roosting under some bushes. 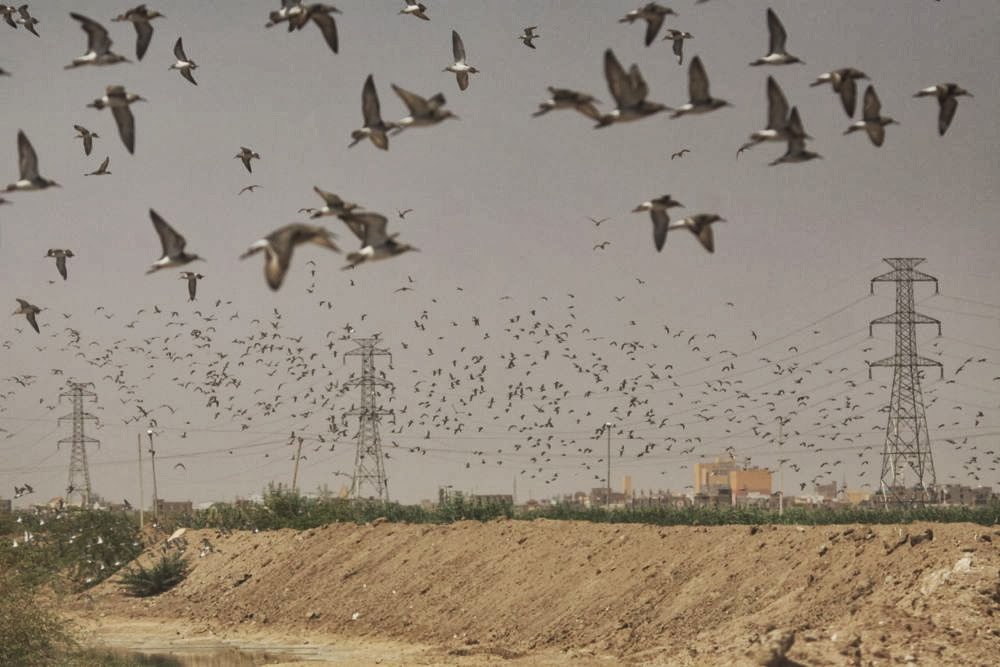 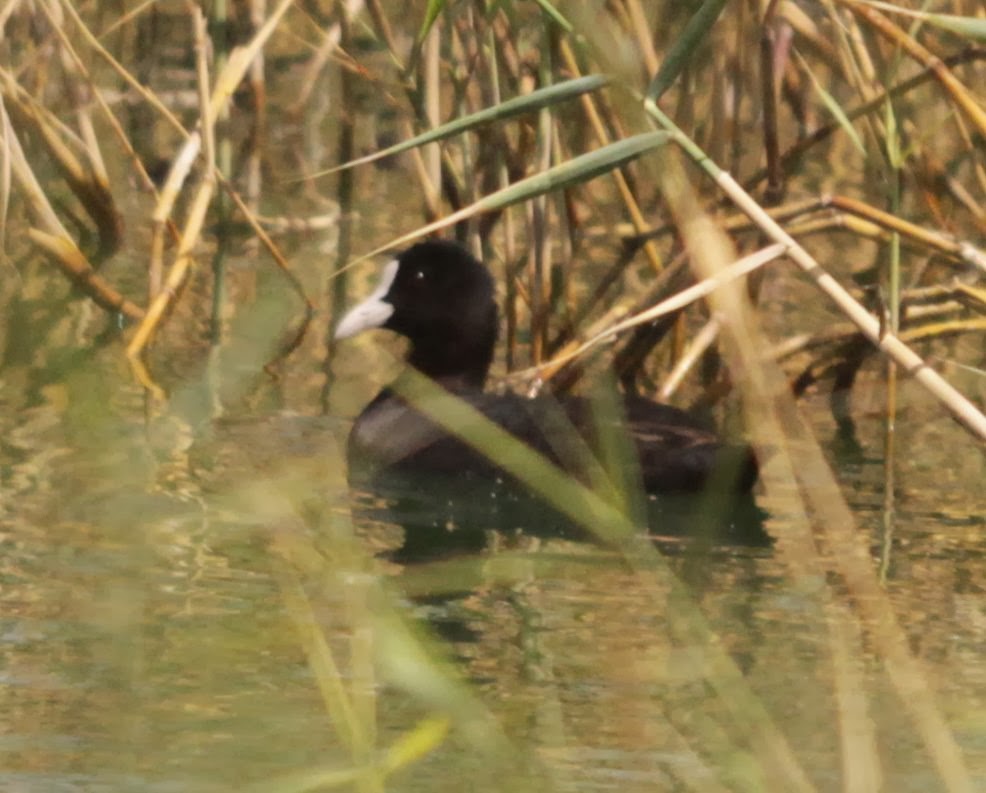