I recently received information about this record of 4 Grey-crowned Cranes in Juba by Henrik Mikkelsen on 31st October 2013. He first heard the sound and then looked up to see 4 cranes flying overhead heading north. The colouring of the cheek in the photo below (mostly white with a red patch above) clearly shows that these were Grey-crowned Cranes. The Black-crowned Cranes that are known from South Sudan have mostly a red cheek with a paler patch above. To my knowledge, this is the first record for the country. Birds of South Sudan (1989) by Gerhard Nikolaus gives no records, but mentions that it "might occur as a visitor from Uganda along the southern border". Congratulations to Henrik on an excellent record, and thanks also for giving permission to publish his record and picture. He tells me he saw around 200 species during his 6 month stay in Juba. I would love to hear about his other records. 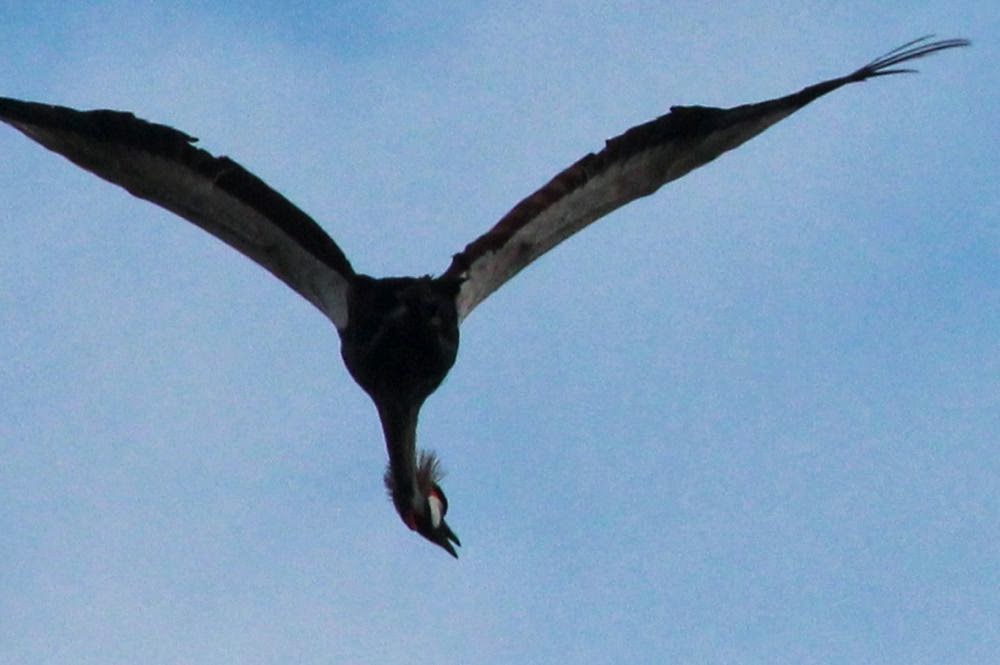