I have been on my mid-semester break this week, so I decided to head down to Sennar for a couple of days of ringing. My main hope was to try and catch some Cinnamon Weavers in non-breeding plumage. First priority was to locate the non-breeding flocks, so I drove around with my local helper Mohamed to try and find some birds. We also saw other good birds on our travels, with the best being my first ever Zebra Waxbills. We saw about 40 in total in two locations a few km apart. Although found throughout South Sudan, they have only previously been reported in Sudan from Darfur, making this a considerable range extension for the species. Some Winding Cisticolas were also in the same reed-filled ditches. 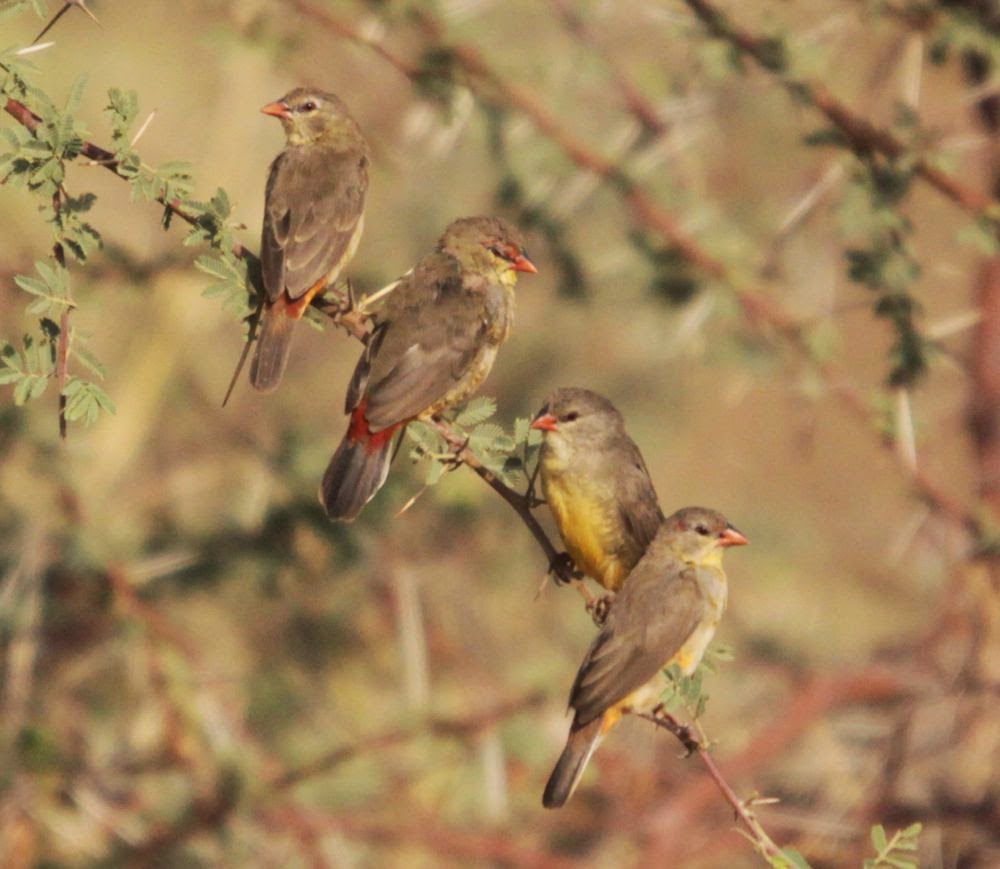 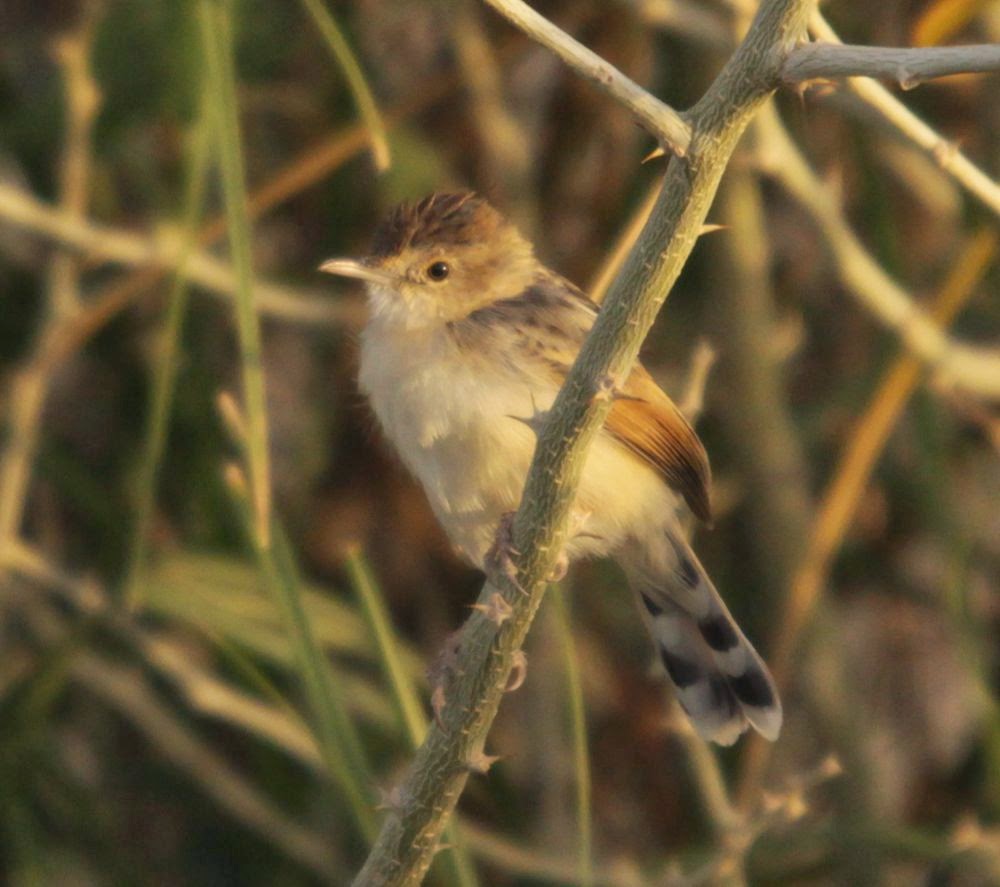 We headed down to a farm beside the Blue Nile owned by a friend Husam. We could't find any weavers in the area and Husam commented that they sometimes bred nearby, but mostly were in the fields along the irrigation ditches, which is where I was netting them back in October and November. There were a few good birds around, including an African Skimmer fishing on the river, plus an Osprey, a yellow-billed Stork and some Grey Herons. 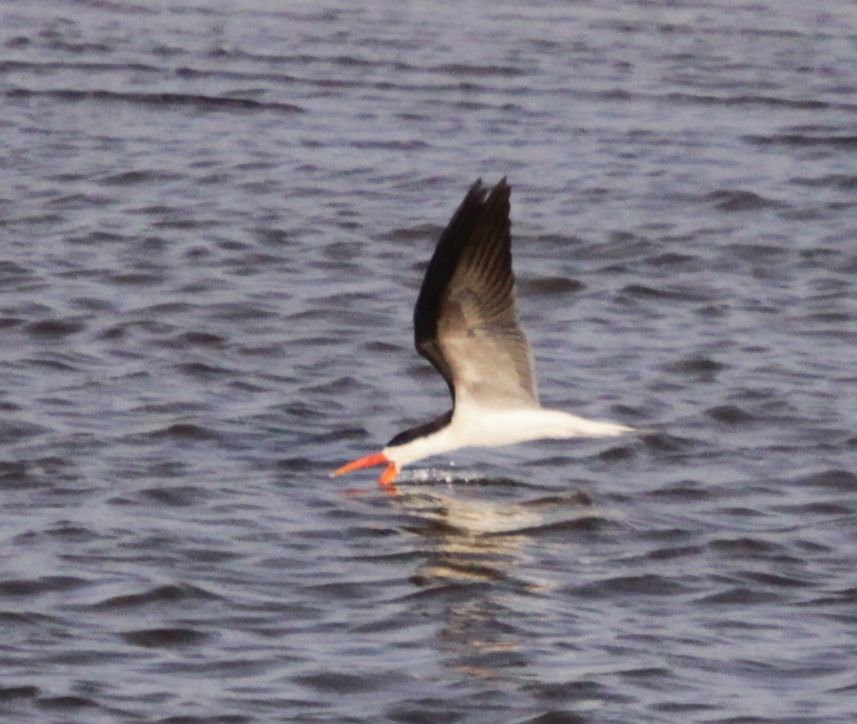 We headed back to the main nesting areas the next morning and found some big flocks of weavers in some of the fields, but it was very open and the birds were unapproachable, so it was necessary to set nets at the field edges near some bushes. This was not very successful and all the first birds I caught were Village Weavers. Closer observation showed that most birds in the flock were this species, so we moved to a new location near where we had seen the Zebra Waxbills, where we had also seen a few Cinnamon Weavers. There were not many around and we only caught 4. However, as always, there were some other good birds that entered the nets. Most exciting was a couple of Malachite Kingfishers, which proceeded to put on a bit of a display. 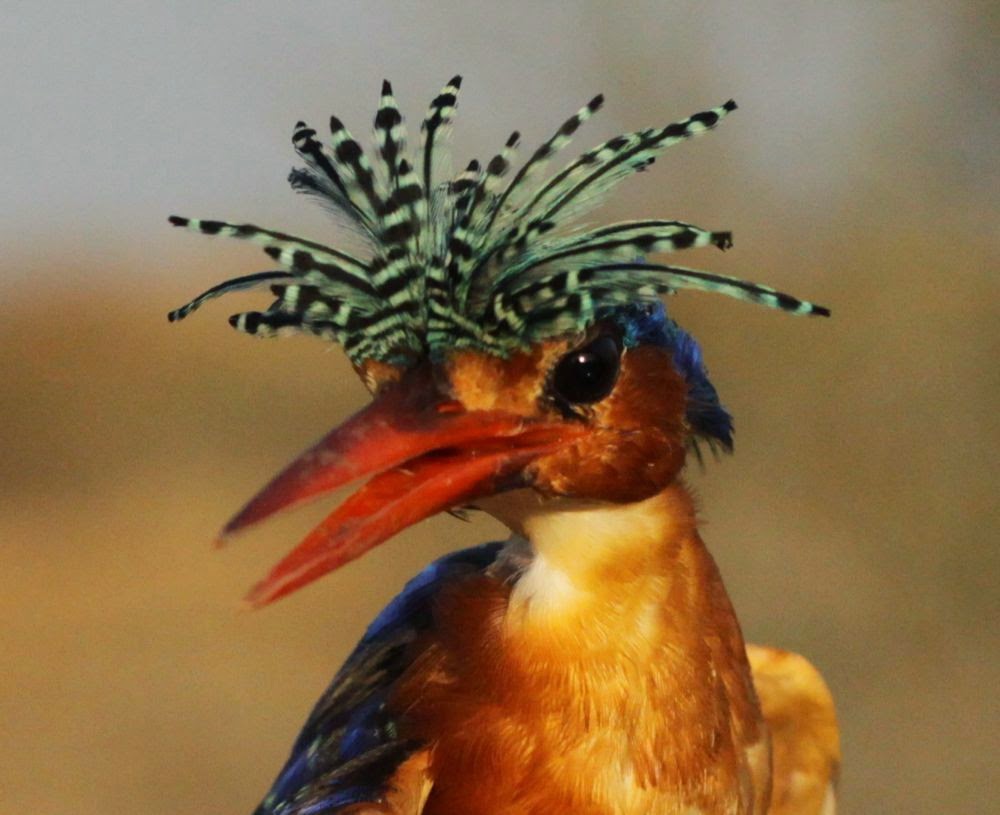 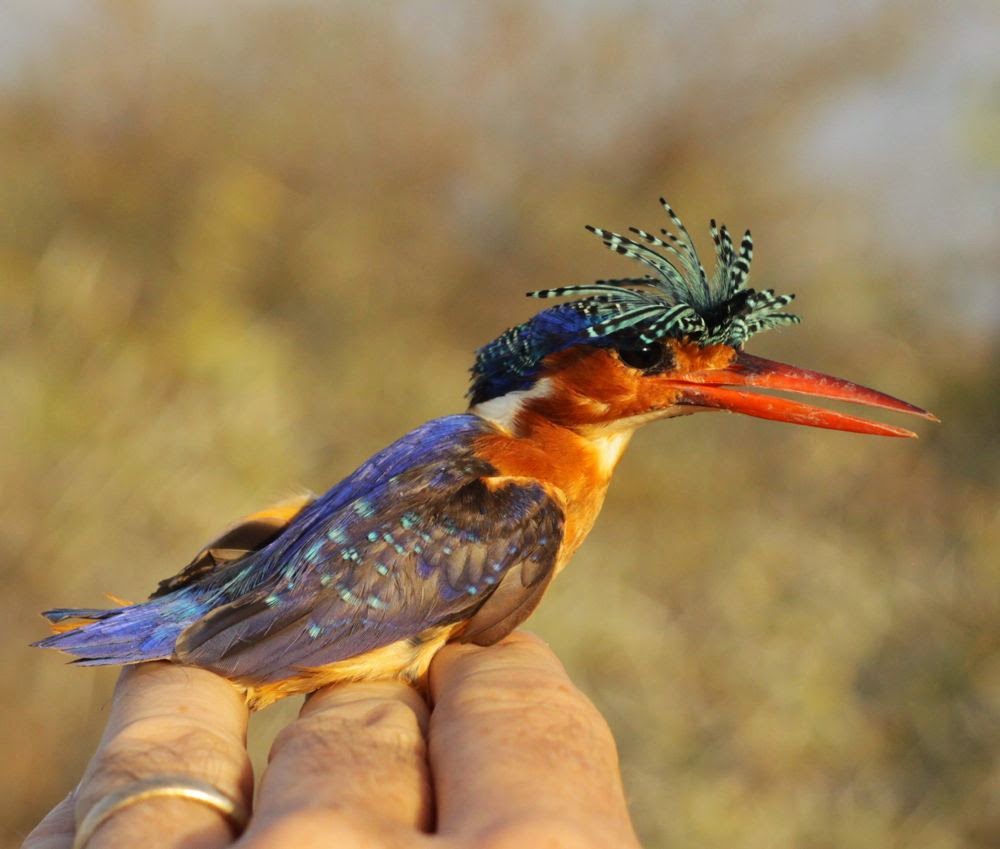 Another surprise was this Squacco Heron which flew up into the net when we were trying to flush some weavers from a bush. 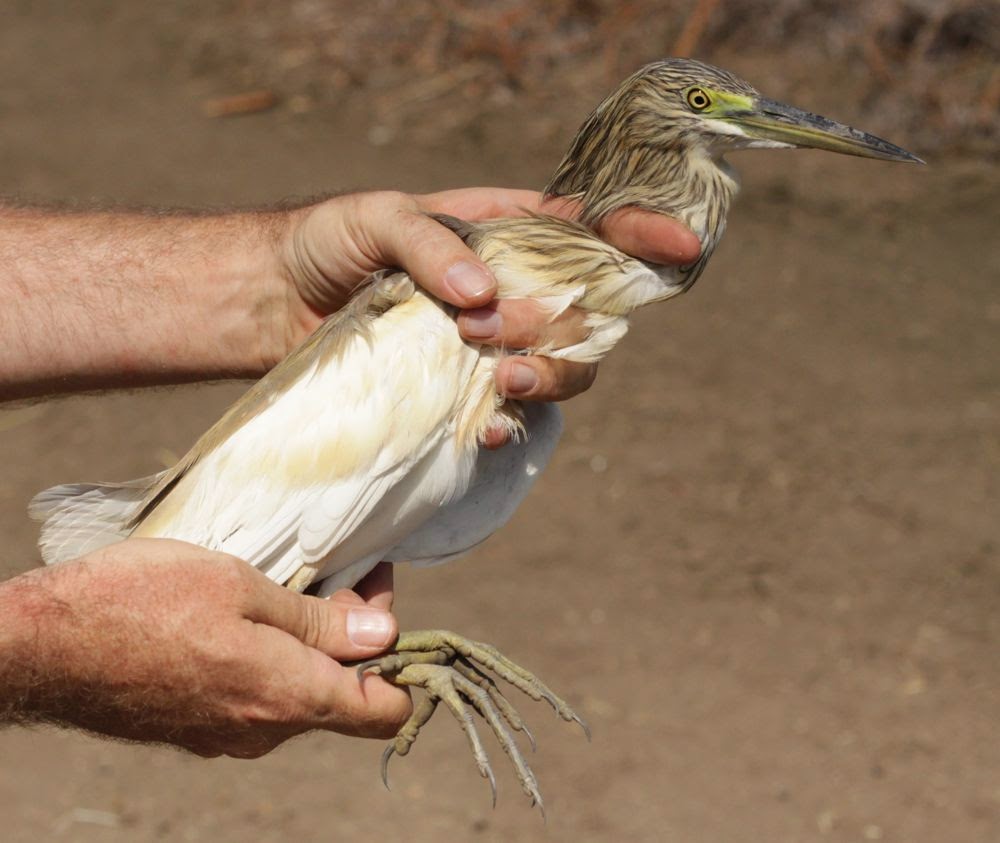 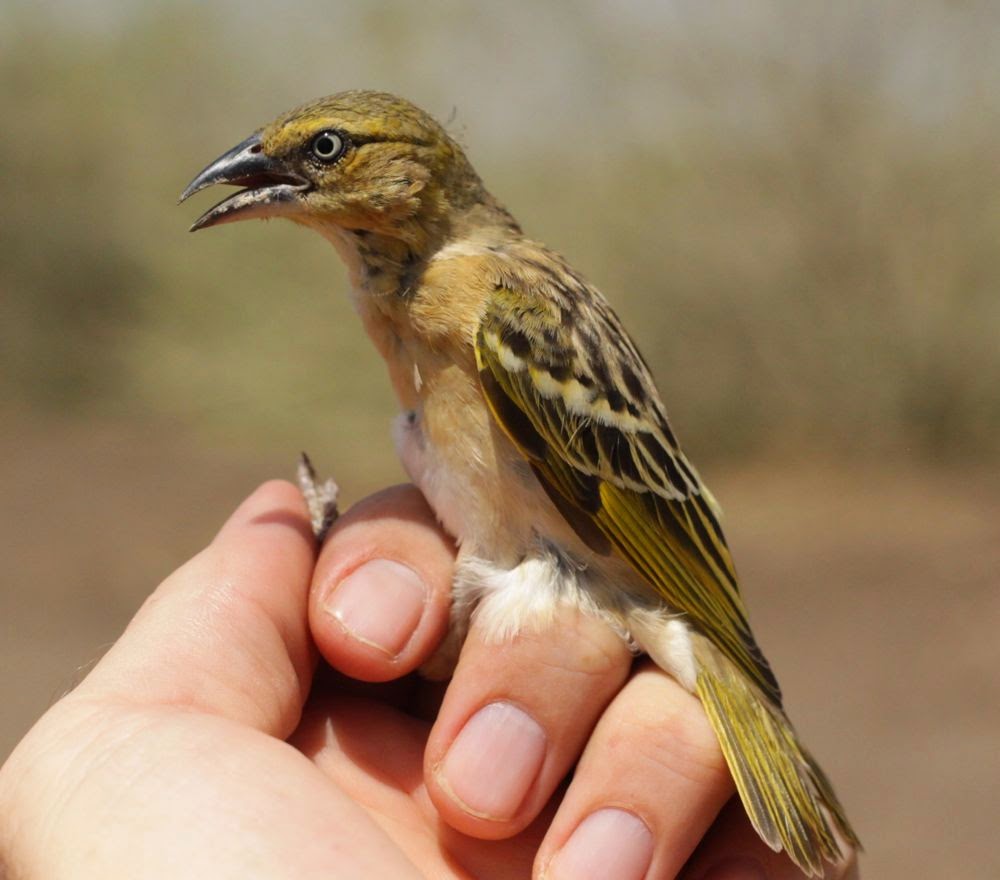 I was very pleased to catch this Eastern Bonelli's Warbler. I have been looking out for them for a long time, but without success and this was my first in Sudan. Warblers are often very difficult to observe well in Acacia trees and many interesting birds have to be left unidentified. This is one area where a mist-net can be a big help. I was surprised with how bright the rump was, as this is not a feature I have noticed when I have seen this species in the field. Usually the bright yellow-green edges to the flight feathers are more easily noticeable. 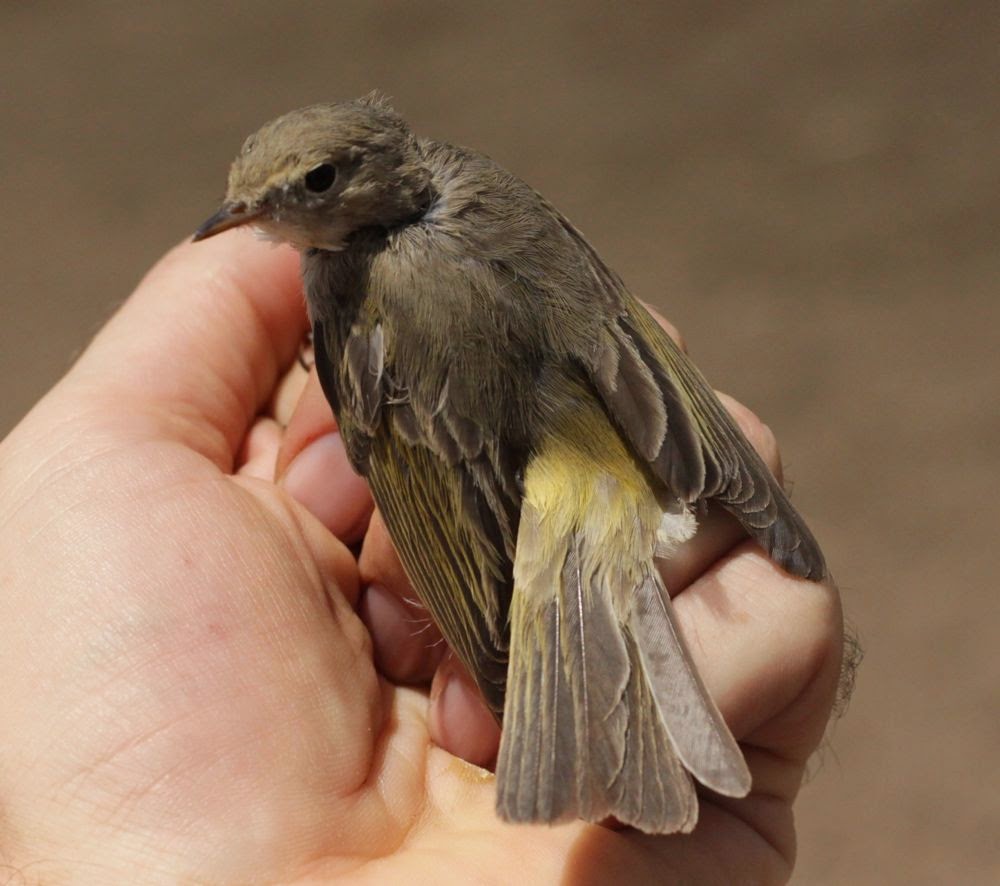 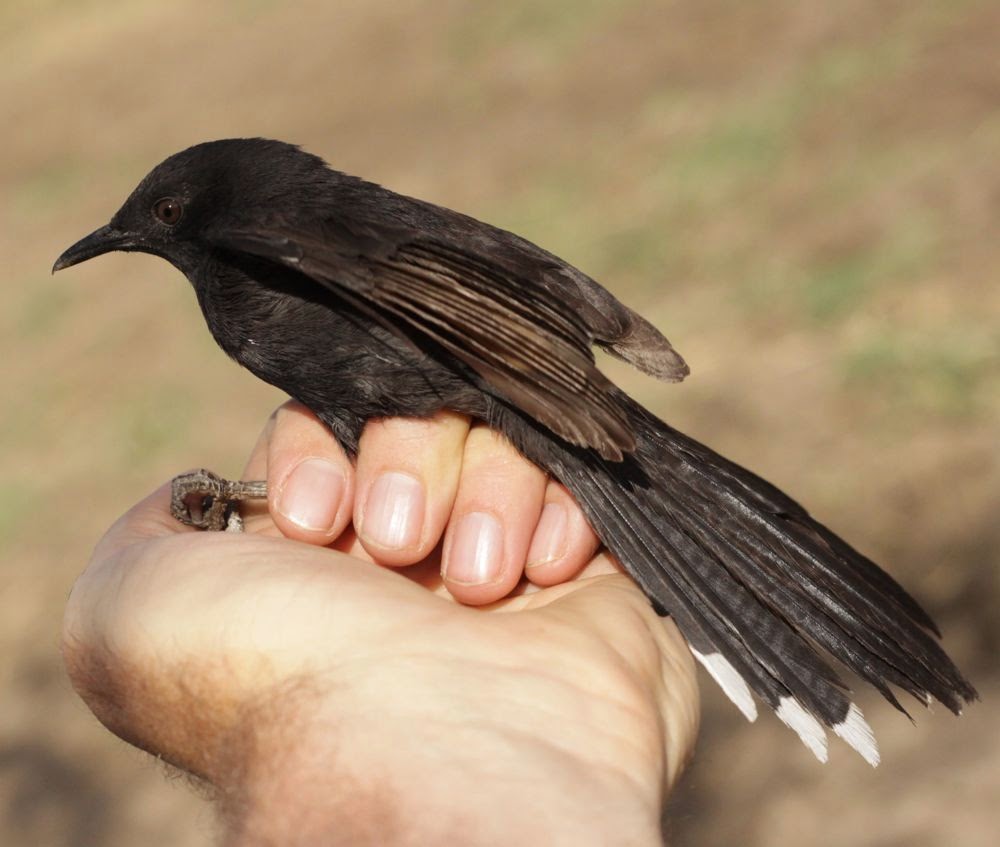 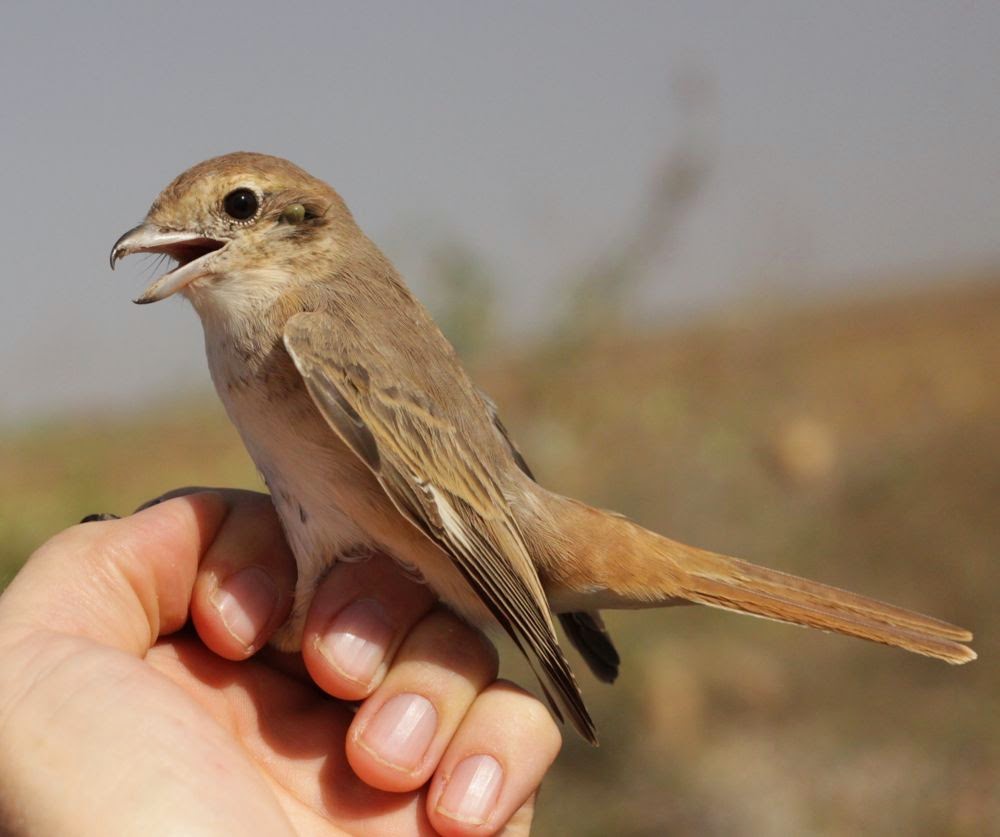 I have seen surprisingly few Red-billed Queleas in Sudan. Sometimes referred to as the Sudan Dioch, this species is renowned for forming huge flocks that decimate farmers crops, and they are supposedly abundant in the area of the Gezira Scheme, the large area of land between the two Niles irrigated by various canals and ditches. This is the first time that I have seen big numbers of them in this area. 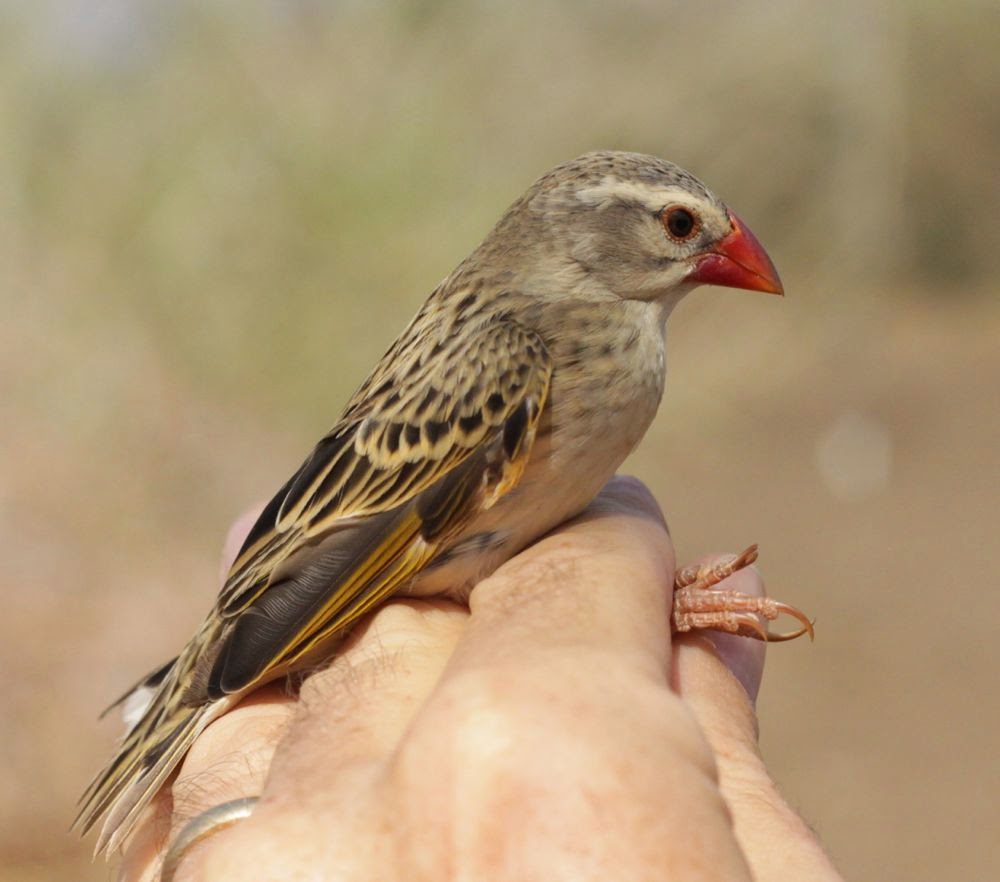 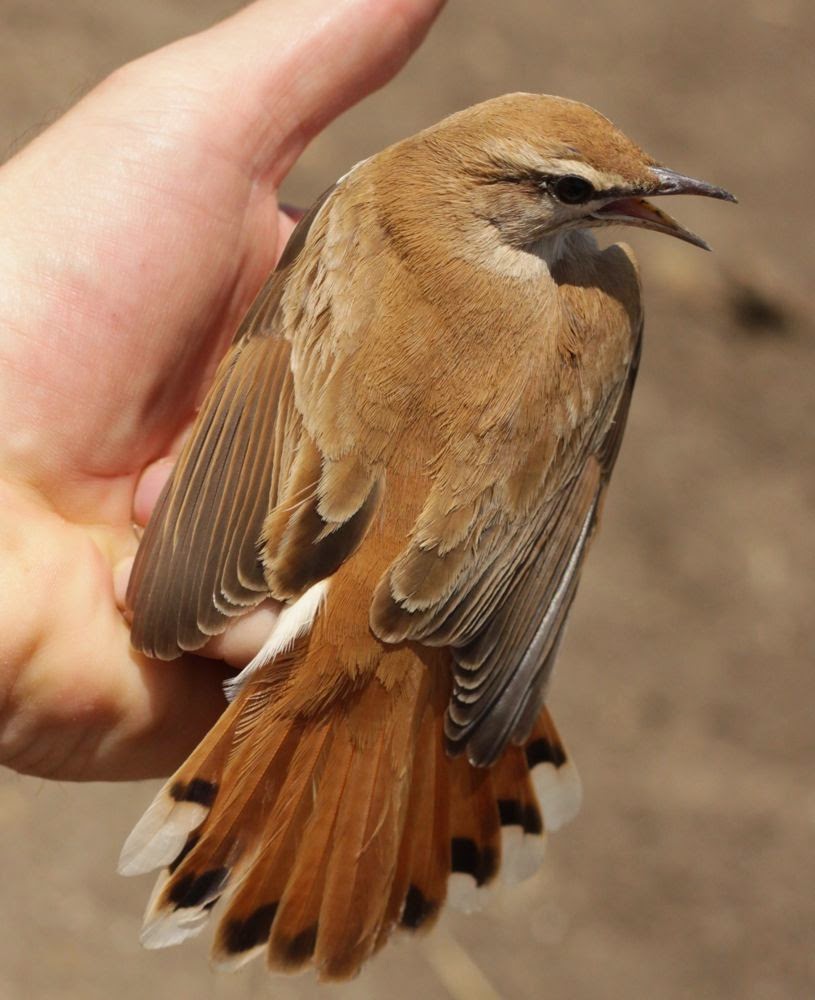 Although they are supposedly present, I have yet to see a Tawny-flanked Prinia anywhere around Khartoum, where the Graceful Prinia is ubiquitous. On this trip there seemed to be Tawny-flanked Prinias all over the place. I wonder where the cut off point is in their distribution, or whether there is a place where one species gradually gives way to the other. 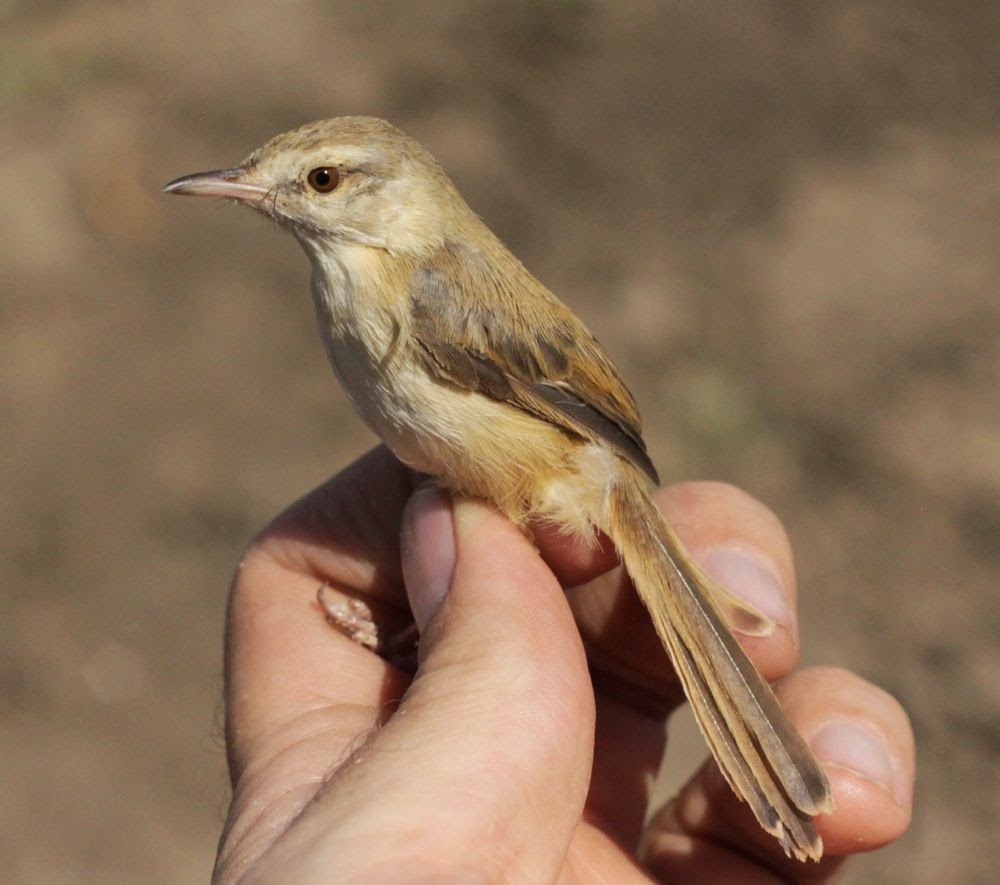 While using nets I do not carry my camera, so I was unable to take shots of a female Black-bellied Bustard that flew overhead at the ringing site. Fortunately, I had my binoculars and the evening before I had been brushing up on the identification of bustards, so I was able to tell what it was. This is my first sighting of a bustard in Sudan. I am very keen to see some of the others.
Posted by Tom Jenner at 13:14