I haven't yet written up my last two trips to Bahri, on May 9th and 23rd, so I thought I would mention some of the sightings. Most of the effort was based around netting weavers, but we also caught a few other good birds. On the 9th we caught a couple of Red-billed Queleas, which is a species I rarely see this far north. They are a nightmare for farmers further south, where vast flocks of over a million individuals can destroy an entire crop, but they are still quite attractive birds. 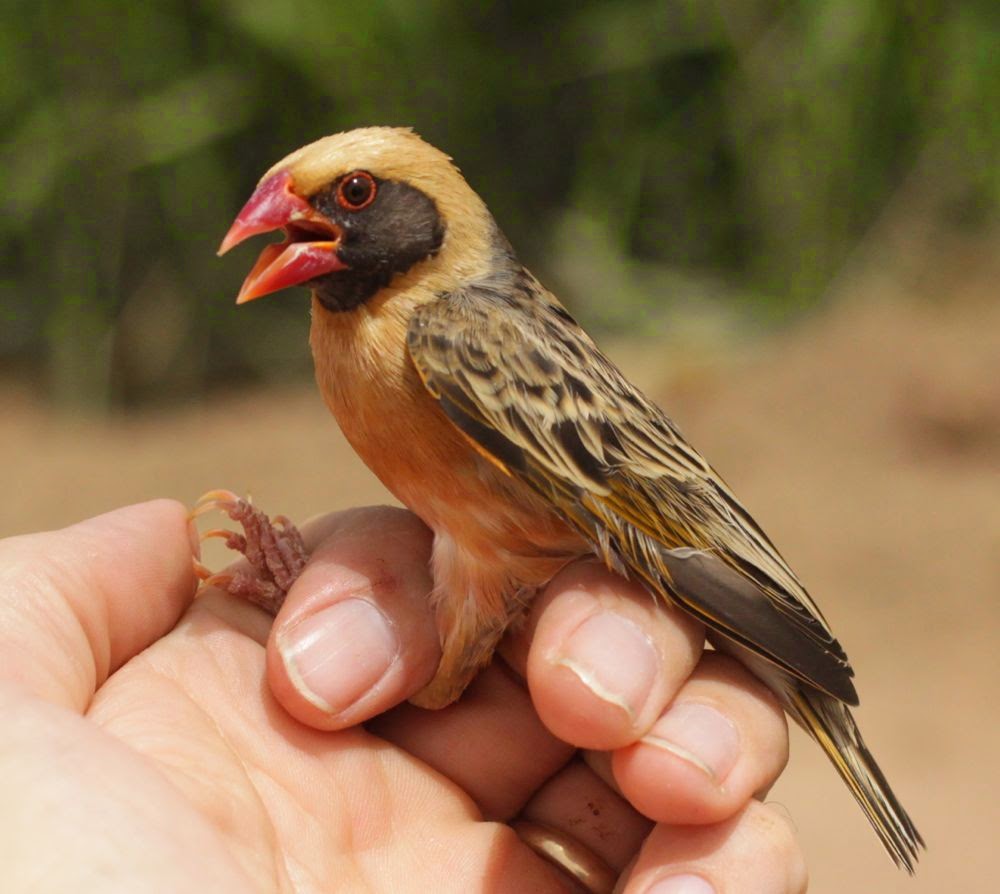 Another species I was pleased to finally catch was Ethiopian Swallow. We often see them flying around the reed beds, but they had yet to enter the net. This bird was caught on the 23rd. 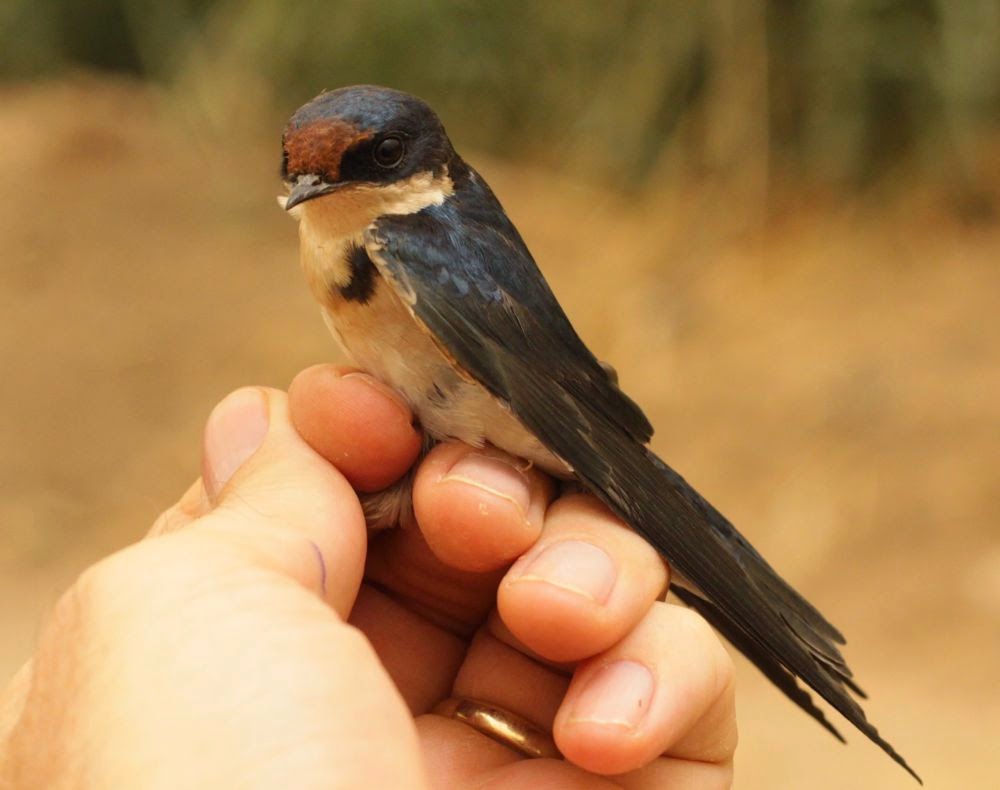 We saw a few other good birds around the sewage pools, mainly on the 23rd. Best was probably an Intermediate (or Yellow-billed) Egret, which I have only seen once before in Sudan. Nikolaus says that they move north during the rains, which probably explains my lack of sightings, as I am mostly out of the country during the peak of the rainy season. We also saw our first Green-backed Heron at the sight, which is surprising given how common they are on the river. Another good bird to see was a Painted Snipe, which was also our first at Bahri. 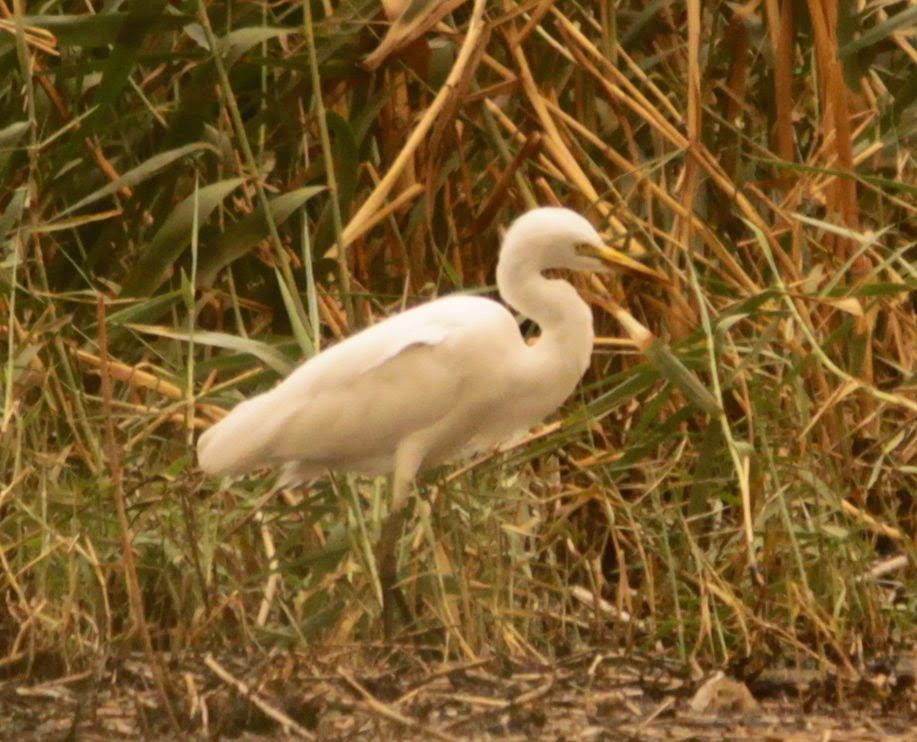 The migration is still far from over. There were still lots of White-winged and Whiskered Terns around, plus a few waders. I was a little more surprised to see a White Wagtail, as I think of these as quite early migrants.
Posted by Tom Jenner at 22:53