The start of the wet season

Last week we had our first big downpour to herald the start of the wet season. I will head off soon on my summer break, and as always, I will return to find a widely different set of birds. When I arrive back in August there will no longer be any of the winter migrants, plus there will be a number of new arrivals. Last week Marwa and I saw our first Intermediate Egret, which is apparently mainly a wet season visitor. Today there were two birds present. Cattle Egrets started breeding a few weeks ago and there is one colony with perhaps a couple of hundred pairs. It seems that the Little Egrets and Squacco Herons are not going to leave and there are many now in breeding plumage, though we have yet to find any breeding colonies. Black-winged Stilts have never been reported breeding in Sudan, but there were lots around today and many appeared to be in pairs and flying around being very vocal as if involved in courtship. 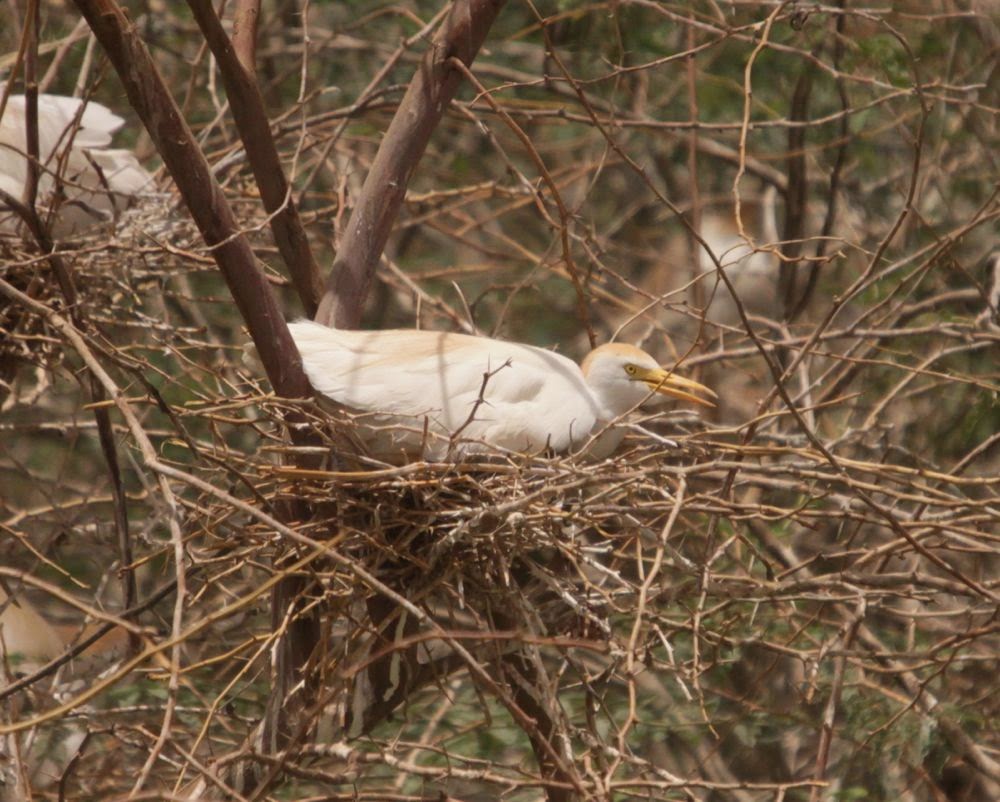 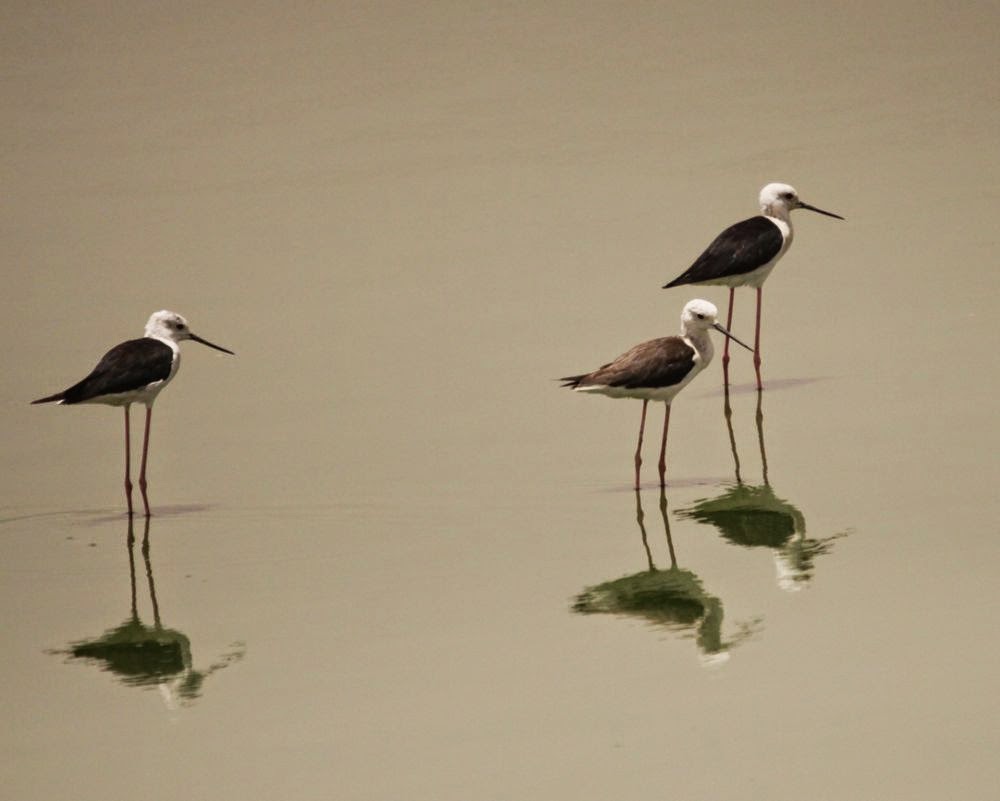 Storks always arrive over the wet season, with Abdim's being the most noticeable around Khartoum. We had our first of the year today. Openbills and Maribous are less common in the city, but will soon be found in big numbers a bit further south. Both species of glossy starling will soon be in Khartoum, plus other wet season arrivals such as Abyssinian Roller and African Pied Wagtail. Today we saw lots of Fulvous Whistling Ducks, which we have not seen at this site previously. 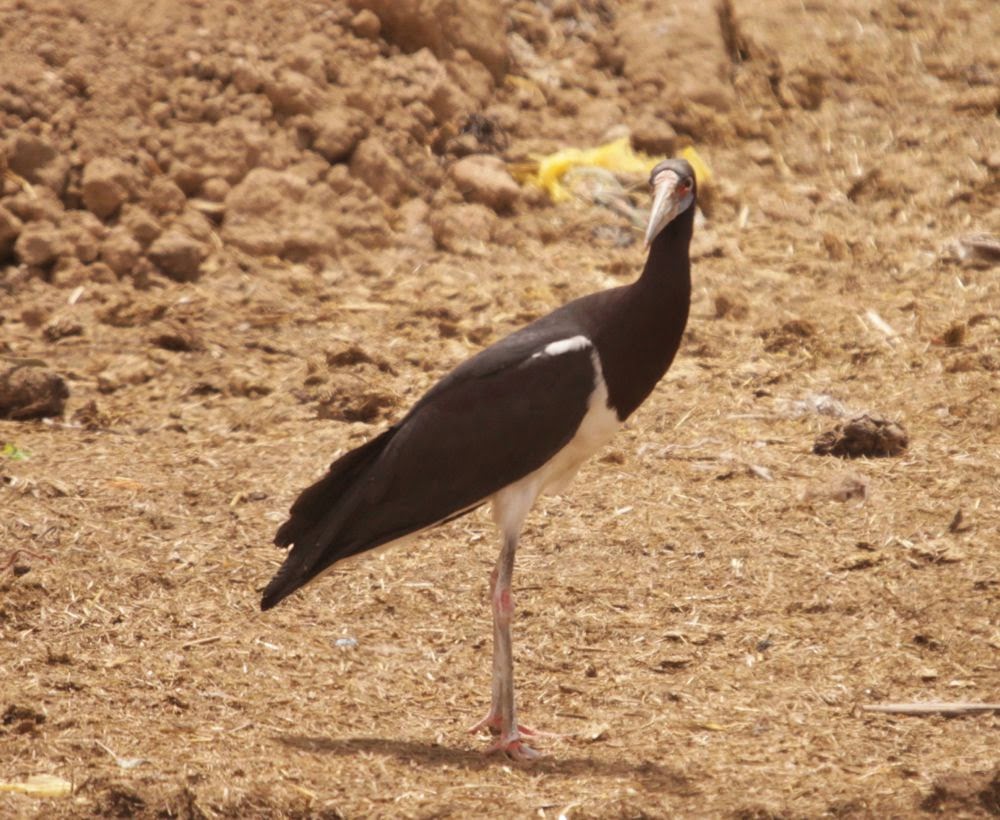 Today I was a little surprised with the number of winter migrants still present, and I wonder if they will all leave. There were 5 Garganys, a Greater Flamingo, and several hundred terns, including Gull-billed, White-winged and Whiskered. 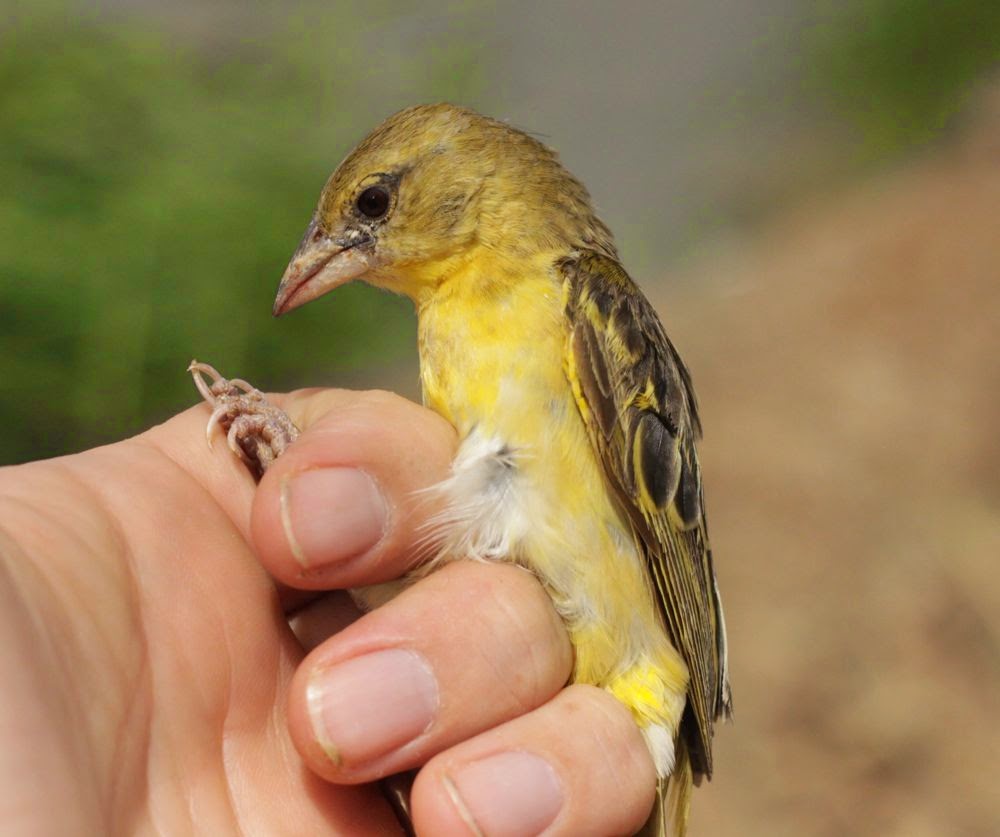 As always, most of the morning was spent netting weavers. One nice capture was our first Vitelline Masked Weaver. I had wondered how easy it would be to notice among the Northern Masked Weavers, but it was pretty obvious with its brighter yellow underparts, reddish eye, all pale bill and plain coloured face (more reminiscent of female Cinnamon Weaver). In the hand it had a short bill (shorter than any of the Northern Masked I have captured). Another characteristic appears to be the wing structure, with the 2nd primary falling in length between the 5th and 6th primaries, whereas Northern Masked almost always falls between the 7th and 8th. It was a female in breeding condition with a brood patch, though I have not seen any signs of a colony around the site. Today we accessed a new area of the sewage works and found a large colony of Village Weavers. We have seen a small colony previously, but they seem to avoid nesting in the reeds and this colony was in a row of larger trees at the edge of the site. Northern Masked Weavers were nesting in the reeds below them.
Posted by Tom Jenner at 23:02