I have been out of the country for the last three months, so it was good to be back out birding at Tuti today. I see from eilatbirding.blogspot.com that birds are already moving through the Middle East on migration. However, it was pretty quiet at Tuti this morning with only a couple of definite migrants - one Common Cuckoo and one Red-backed Shrike. A few other birds may have been migrants or local birds (such as a flyover spoonbill that was not identified to species). As always, there was still plenty to watch among the resident birds and summer residents. 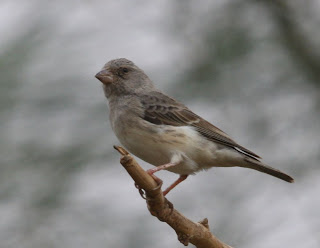 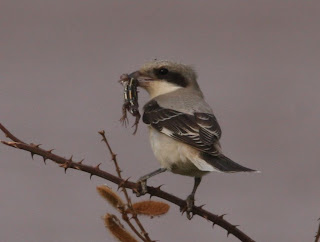 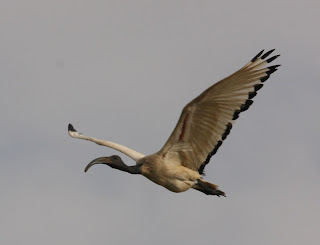 Sacred Ibis, Tuti 29th August 2011
I have been trying to get some comparison shots of Lesser and Greater Blue-eared Starlings for a while, but without success. Today I managed to get a couple together in a tree, but the size comparison is less evident than when they are side by side on the ground. Once you get your eye in they are generally quite easy to separate, but shortly after taking this photo I saw and photographed a probable Lesser, only to start doubting myself about its identity. I would like to get it sorted out so that I can identify separate individuals. I would appreciate any thoughts on the id of the last bird. 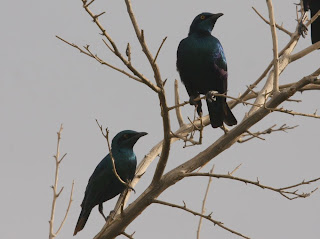 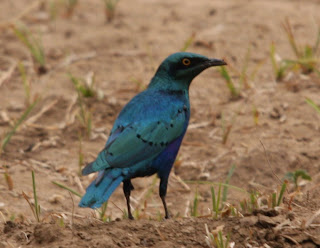