Between Port Sudan and the Egyptian border there is a range of hills that follows the Red Sea coast. While the hills to the south of Port Sudan (e.g. around Arkowit) form a plateau, these hills are in the form  of peaks to a little over 2000m, with low valleys (wadis) between them at around 400-600m. The wadis were completely dry when we were there and filled with boulders and pebbles that had been washed down over the millennia from the surrounding hills. There are few people living in this region (where it must be a pretty Spartan existance), but enough for there to be a network of tracks along the wadis. We were driving a 4-wheel drive pick-up truck and it was easy to get around everywhere in the region. This is a very dry area and I doubt that the summer rains have much effect on this network of tracks, which has allowed them to develop so extensively despite very little traffic. 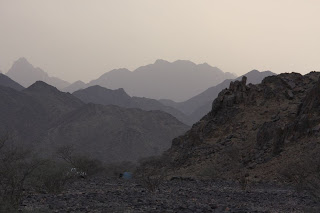 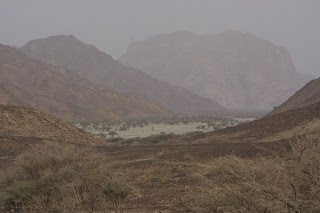 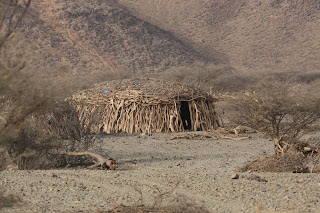 House used by locals living in the Red Sea Hills, 31st May 2011
Birdlife was very sparse in this area and many of the species that were common at Arkowit and along the dry areas of the coastal plain (such as Yellow-billed Kite, Egyptian Vulture, Crested Lark and Barn Swallow) were absent here. However, although the numbers were low there were several species found here that were not seen elsewhere, such as Sand Partridge, Bonelli's Eagle, Hooded Wheatear, Eastern Olivaceous Warbler, Arabian (or Red Sea) Warbler, Southern Grey Shrike, and Fulvous Babbler. Surprisingly, it was also the only place I saw any Blue-naped Mousebirds. The Bonelli's Eagles were a particularly good find and at first I thought they were the first records for Sudan, though I later discovered that a recent expedition had also found them here (near the dam mentioned below).  There have only been a few previous records of Hooded Wheatear in the country. 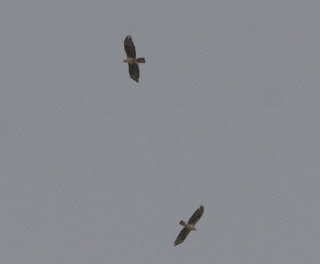 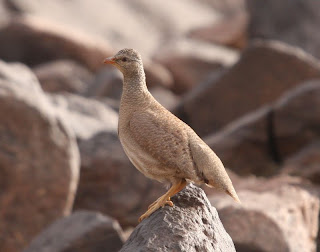 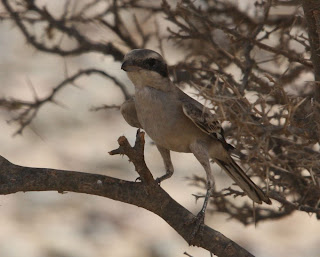 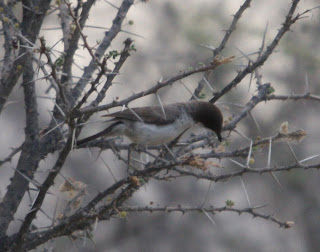 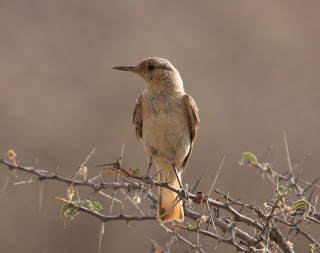 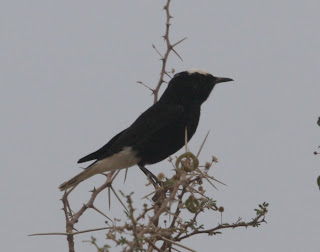 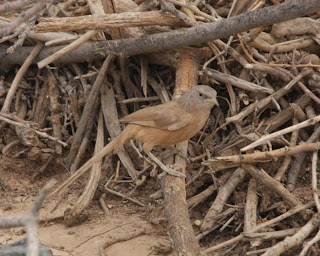 Fulvous Babbler, Red Sea Hills 30th May 2011
On our return journey we accidentally encountered a good track that headed directly to Port Sudan, joining the city in a north western suburb (this would be the best route to access these hills, though it has deep sand in places and would need 4-wheel drive). As we followed this route we came across a few more settlements and for the first time we saw some other vehicles. At one point we could see what was clearly a small dam and we got out to investigate hoping that this might be exactly the place to look for the Red Sea Swallow and other species. Just below the dam there was a marshy patch which had Squacco Heron, Grey Heron, Little Swift and House Bunting, while in the local settlement we saw a Booted Eagle and a Honey Buzzard. Later analysis of photos revealed that this was in fact a Crested Honey-Buzzard, the first record for the country. All of these were our only sightings of the entire trip. This whet our appetites for what the reservoir might offer, but as we approached the dam we saw two men coming to meet us. They were friendly, despite seeing two foreigners with binoculars and a large camera approaching what was clearly a sensitive site, but we knew that there would be no chance of us continuing further so we smiled and headed off. This seems to be the only water in the entire region of these hills and given what we saw from the few minutes we had in the area, it must be good for birds. Google Earth appears to show a second reservoir a bit further up from the first and I would like to check the area thoroughly, but I wouldn't have the faintest idea how to go about getting permission. 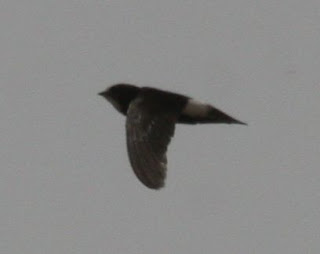 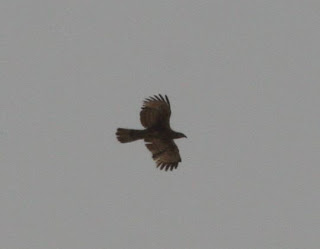 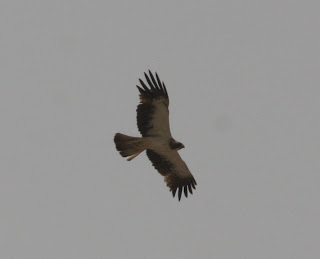