Migration well under way at Tuti

After a quiet visit to Tuti Island last week, it was a pleasant surprise to see good numbers of migrants there today. The morning actually started very quietly, with me virtually walking the length of the island through the section with thick bushes and trees, without seeing any migrants. However, once I reached the more open area at the end of the island things were different. I saw the first of several Isabelline Wheatears, the first of many Common Swifts, the first of several groups of European Bee-eaters, several Hoopoes, a Red-backed Shrike and a Whinchat. 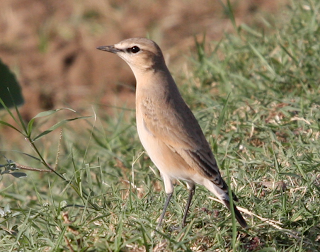 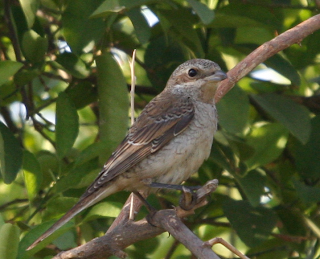 Red-backed Shrike, Tuti 9th September 2011
From the fort I headed over to the the White Nile and back upriver. Last autumn these fields had been heavily flooded and good for water birds, though difficult to access. This year the habitat has not been as good for waders, ducks and herons, but the fields today were good for migrants. There were a few more Isabelline Wheatears, plus a Black-eared Wheatear and what was probably a Pied Wheatear. I saw a Tawny Pipit for the first time on Tuti, plus a Lesser Grey Shrike, a few more Red-backed Shrikes, three Spotted Flycatchers, three more Whinchats, and several Sand Martins and Barn Swallows. I also saw a Little Swift, though I am still unable to tell if these are resident birds or migrants. 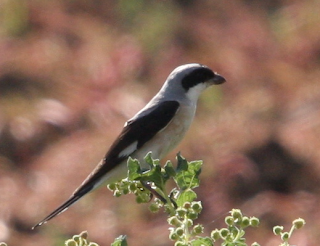 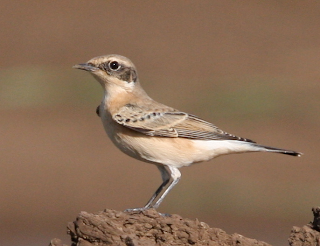 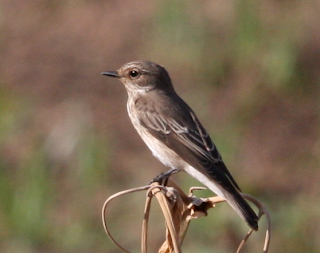 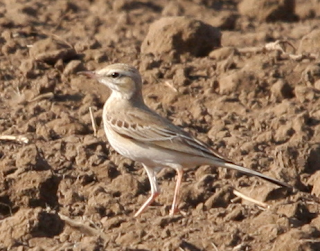 Tawny Pipit, Tuti 9th September 2011
There was little visible migration, though some ducks were heading south along the river. I saw the first group too late to identify them, but the second group flew overhead allowing them to be identified as Gargany. There were several large groups of kites circling above that I first assumed to by Migrating Black Kites, but on further inspection all the ones I saw well were clearly Yellow-billed Kites. A group of three Little-ringed Plovers flying upriver may also have been on active migration. There was also a Gull-billed Tern. 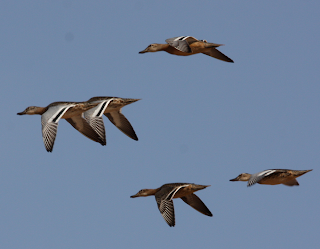 Gargany, Tuti 9th September 2011
Although a very common bird in South Sudan and many other countries in Sub-Saharan Africa, the Red-cheeked Cordon-bleu does not seem to be very common as far north as Khartoum. I therefore enjoyed watching a pair feeding in the undergrowth that were only my second sightings here. 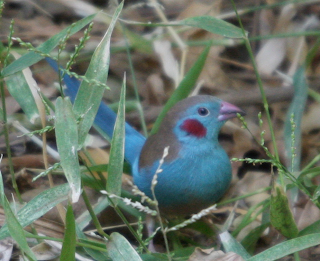