I visited Sabaloka today with Stephen Blight and some non-birding friends (Chris, Averil and Ranmali). Immediately evident was that every bush had migrants in. There wasn't a huge variety, but good numbers of several species. Most common were the Lesser Whitethroats, with good numbers of Black-eared Wheatears, Willow Warblers, Spotted Flycatchers,  Red-backed Shrikes and Masked Shrikes. 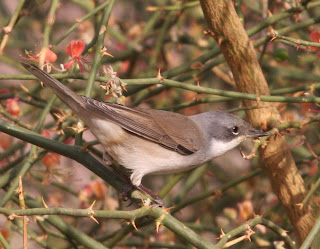 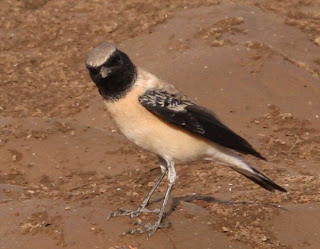 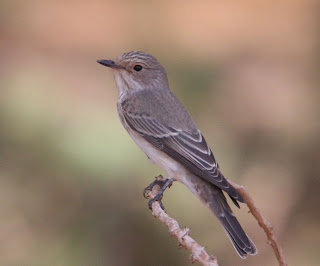 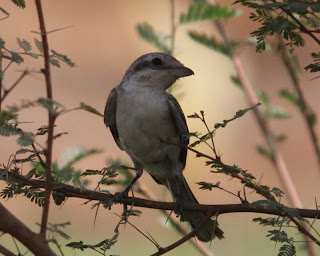 Masked Shrike, Sabaloka 29th September 2011
There were good numbers of hirundines around, with lots of migrant Sand Martins, Barn Swallows and Red-rumped Swallows (all immatures) and a single House Martin, plus the resident Plain Martins and Rock Martins. 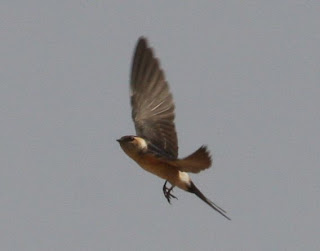 Red-rumped Swallow, Sabaloka 29th September 2011
There were a number of other migrant species around in smaller numbers such as European Bee-eater, Eurasian Hoopoe, Common Redstart, Isabelline Wheatear, Blue Rock-Thrush, Common Whitethroat, Ruppell's Warbler, and Isabelline Shrike. One surprise find for me came while checking through my photos after returning home. While trying to photograph what were probably Yellow-billed Egrets (and possibly a good record this far north), I took a snapshot of a passing tern on the river in the hope of identifying it later. To my surprise it was a male Pallid Harrier. 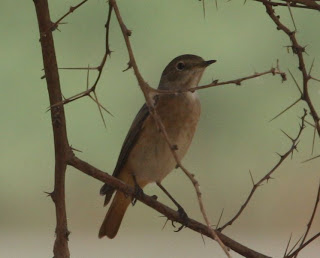 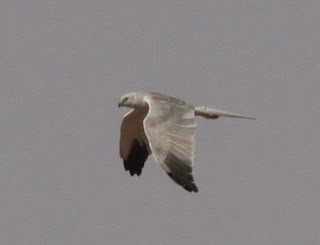 Pallid Harrier, Sabaloka 29th September 2011
As always, there were some nice local birds to look at. Blackstarts are always common here, and there were quite a few immatures about. The Northern Masked Weavers had been nest-building when I last visited in the spring, but the males were today starting to moult out of their breeding plumage. Striolated Buntings are common up on the rocks, but rarely get close, making this individual a welcome opportunity for some photos. Red-billed Firefinches were quickly spotted near our picnic site by my non-birding companions. As is so often the case, they were escorted by a Village Indigobird, which was probably an adoptee - this species is a nest parasite of the firefinch, replacing the parents' eggs with its own, like many cuckoo species. 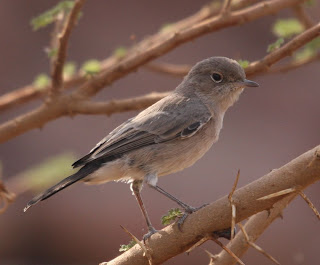 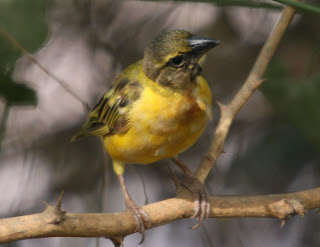 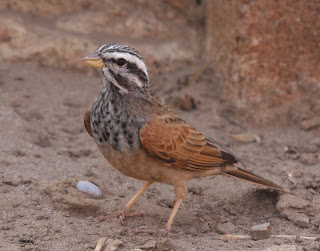 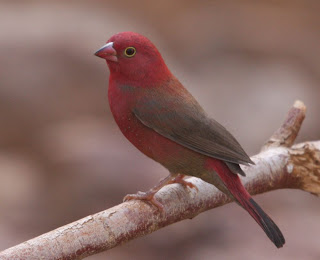