Migration was still very noticeable today at Tuti and it was clear that there were many different birds than last week. There were still plenty of shrikes (Masked, Red-backed, Lesser Grey and Southern Grey), quite a few Hoopoes and Whinchats, though fewer Wheatears. More Barn Swallows were moving through along with a couple of Sand Martins, and there was still a single Spotted Flycatcher. There were many more European Bee-eaters, with one flock numbering around 100, but no sign of any Common Swifts, Cuckoos, Little Swifts or Tawny Pipits. As with last week, there were still lots of Yellow-billed Kites that appeared to be migrating, though this time they were mixed in with some Black Kites. I wondered if the Yellow-billed Kits might be the Egyptian subspecies, though Nikolaus (1987) mentions that there is a movement north during the rainy season of Sudanese birds, so these could just be those birds returning. 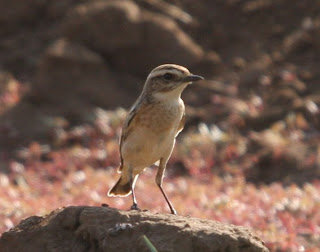 Whinchat, Tuti Island 16th September 2011
New birds this week included a couple of Common Nightingales, a European Golden Oriole, some Yellow Wagtails, and a Semi-collared Flycatcher. The flycatcher did not show the characteristic white edging to the median coverts, but had a lot of white in the tail which separates it from the much rarer Collared Flycatcher. It seems to be a first year male that has yet to moult its coverts (which are still greyish-brown), but shows the adult patterning to its wings and tail (which are black). New waterbirds included a Common Sandpiper, a group of Black-tailed Godwits and a Whiskered Tern. 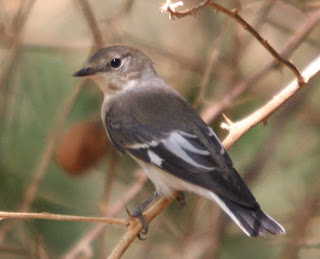 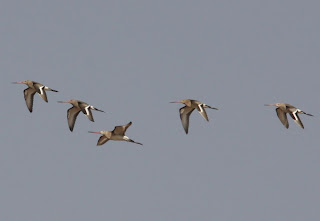 Black-tailed Godwits, Tuti Island 16th September 2011
However, the biggest change in the migrants this week was the arrival of the warblers. It was evident that they had just arrived, as they were all at the north end of the island in the first few bushes, and there were even several Willow Warblers feeding on the ground in the stubble fields, despite there being more suitable bushy habitat only 100 metres further south. Many of these warblers could be seen hopping from bush to bush in the direction of this thicker cover. Most common were the Willow Warblers, though there were several Reed Warblers and a Lesser Whitethroat, plus many individuals that were not seen well enough to identify. 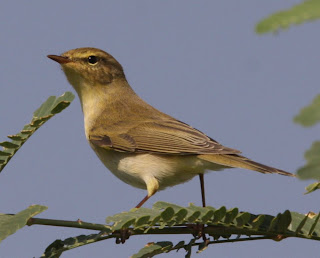 Willow Warbler, Tuti Island 16th September 2011
As always, local birds gave me plenty to watch, the best of course being the Cinnamon Weaver discussed in the previous post. I was particularly pleased to see a Grey Woodpecker, which is the first of any woodpecker species I have seen in Sudan. A couple of Shikras were circling together and swooping at each other as if it might be display, though both were juveniles and it might have been interaction between recently fledged siblings. 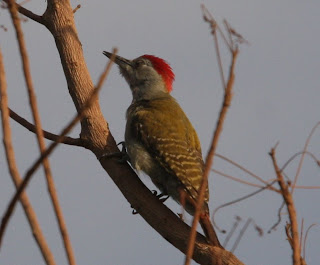 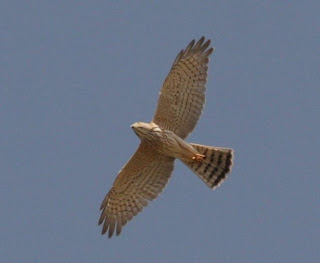 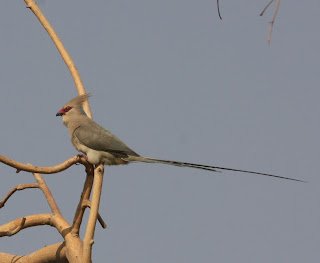 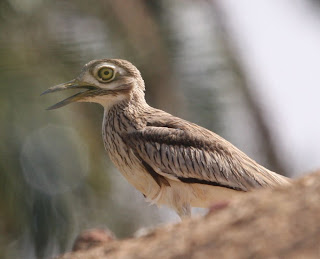 Senegal Thick-knee, Tuti Island 16th September 2011
One bird I have yet to see at Tuti or elsewhere in Sudan is a Common Quail. However, I know they must be moving through right now because yesterday I found a freshly dead bird beside the road close to my house at the southern end of Khartoum.
Posted by Tom Jenner at 21:34