I visited the Sunt forest again yesterday with Terry Barry and Stephen Blight. The water levels still restricted our movements a bit, but we could tell that it will soon be easy to walk around the forest edge without getting muddy. The main pool near the road also had quite a few ducks, with Northern Shoveler, Gargany, Eurasian Teal and Northern Pintail. All kept their distance, however, making them impossible to photograph. The mudflats are also starting to extend further, offering plenty to attract waders. There were a similar spread to last week, including: Spur-winged Lapwing, Black-tailed Godwit, Ringed Plover, Little Stint, Temminck's Stint, Curlew Sandpiper, Marsh Sandpiper, Green Sandpiper, and Common Sandpiper. There were a selection of herons around, plus a Eurasian Spoonbill, a Yellow-billed Stork and a couple of Pelicans that were probably Pink-backed. Unfortunately, we didn't have a telescope with us, which is probably quite important at this site. 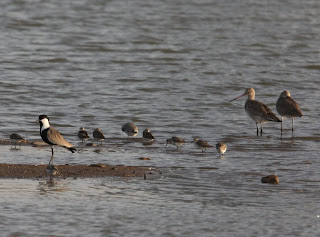 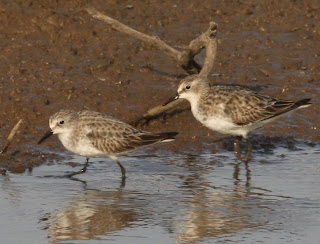 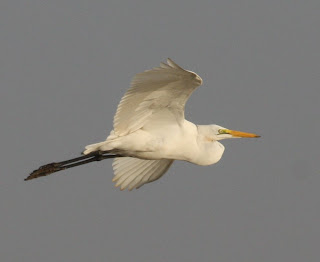 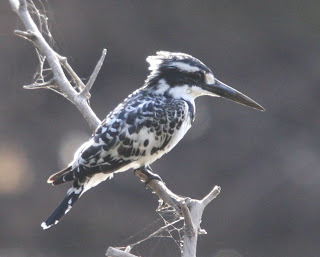 Pied Kingfisher, Sunt Forest 28th October 2011
We only spent a short while in the forest; there were birds calling from all around us, but it was hard to get decent views. Most common were Lesser Whitethroats and Eastern Olivaceous Warblers, though there was also a Common Redstart, a Spotted Flycatcher, plus a Pied Wheatear and a couple of Hoopoes at the forest edge. In the more open areas there were probably about 40 Blue-cheeked Bee-eaters hawking for insects. A Lanner Falcon also passed through a couple of times and made one unsuccessful dive at a bird. 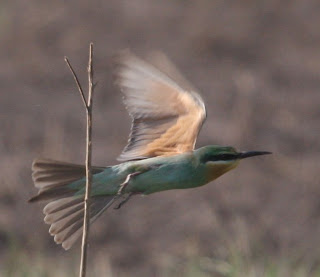 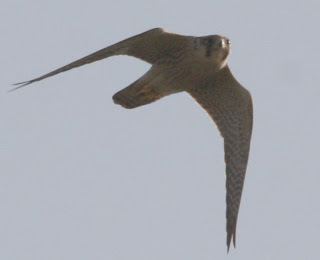