On Tuesday and Wednesday I was camping at the Meroe pyramids with my family and some friends. There was little time for birding, but I had a couple of short walks to look for birds. I spent a bit more time around the jebels, as I had not birded them properly before. As always, it was very quiet in the area and the only birds seen were Desert Wheatear, Nile Valley Sunbird (that seemed to be displaying), Brown-necked Raven, Desert Lark, and Black-crowned Sparrow-Lark. 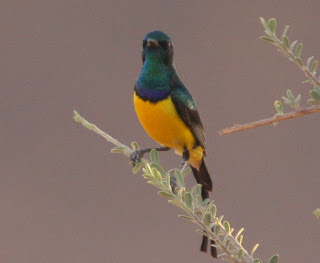 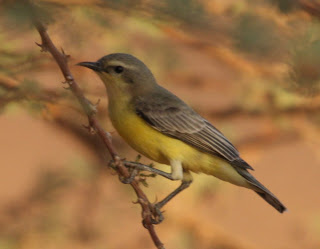 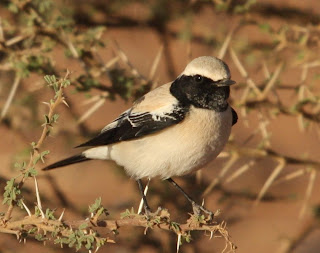 Desert Wheatear, Meroe 9th November 2011
On the drive up there was a Steppe Eagle not far north of Khartoum, and on the drive back there were a couple of Egyptian Vultures just north of the turn off to Sabaloka.
Posted by Tom Jenner at 12:52