I visited Jebel Aulia this morning with Stephen Blight. The water levels were quite high, but there were still some waders along the sandy shores. There were several Kentish Plovers, which were my first in Sudan. There were also a number of other species, such as: Ringed Plover, Kittlitz's Plover, Spur-winged lapwing, Ruff, Little Stint, Greenshank, Common Sandpiper and Ruddy Turnstone. As the water levels fall there may be more exposed mud, and this should attract more birds and a wider range of species. 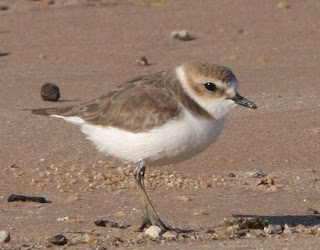 Kentish Plover, Jebel Aulia 18th November 2011
Other water birds included several heron species, some Eurasian Spoonbills flew over, a group of ducks flew across the lake, there were several Lesser Black-backed Gulls and lots of terns. These were especially common just below the dam, with lots of Whiskered and White-winged Black Terns, plus a few Caspian and Gull-billed terns. 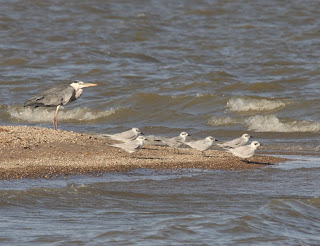 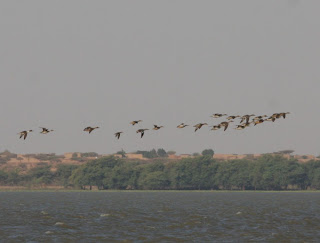 Pintails, Shovelors and Gargany, Jebel Aulia 18th November 2011
There were a few wintering landbirds present including, surprisingly, my first Chiffchaffs of the year.  There were lots of Lesser Whitethroats and Desert Wheatears. More interesting sightings included Wryneck, Barred Warbler and Isabelline Shrike. I have now seen Isabelline Shrikes on many occasions in Sudan, including at Jebel Aulia. I was surprised to hear that they are quite a rare bird in Egypt, making me wonder how they get here. This presumably means they are not moving down the Nile, but possibly coming across from the direction of the Red Sea. 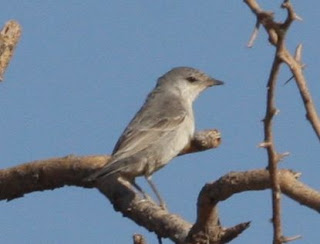 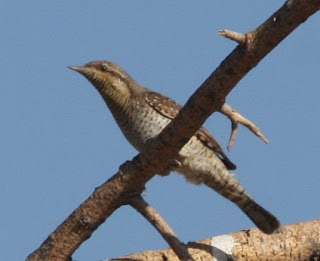 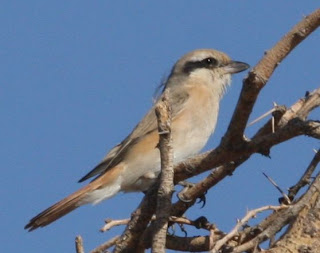