I visited the Sunt Forest again today with Stephen and Terry and there were some interesting new sightings. One pleasant surprise was a flock of 125 Greater Flamingoes. The map in Nikolaus shows that it has been recorded here, but shows few other inland locations marked so I had assumed that it would be quite rare away from the Red Sea. There were a number of spoonbills with them that were too far to identify, but there was one Eurasian and one African Spoonbill closer to confirm that both were present. Nikolaus describes the Eurasian Coot as uncommon and shows scattered locations throughout Sudan, including Khartoum. Somehow the bird seemed different to the ones I have seen elsewhere, with much less white on the forehead, but it was clearly not any other species (the black point in front of the eye distinguishing it from Red-knobbed Coot). 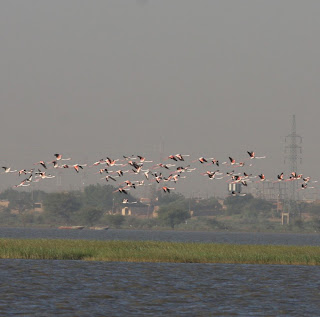 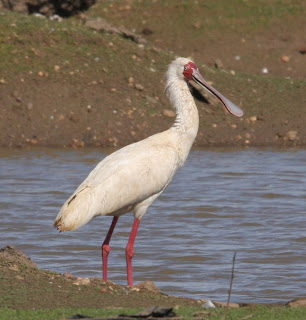 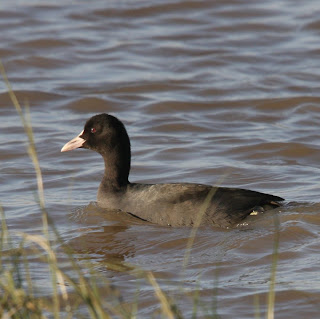 Eurasian Coot, Sunt Forest 2nd December 2011
There were not large numbers of waders present, but a reasonable selection of different species.  Common Redshank and Terek Sandpiper are both supposed to be common on the coast but rare to uncommon inland. Spotted Redshank are also supposedly uncommon, yet all three were present today. 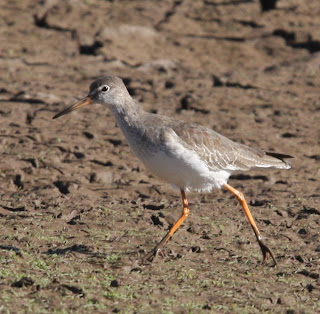 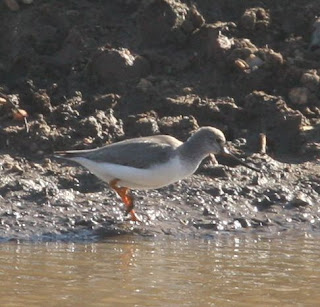 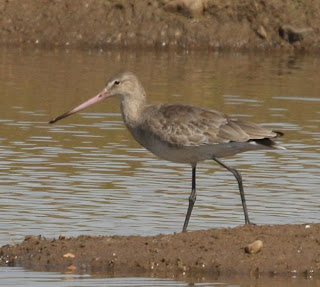 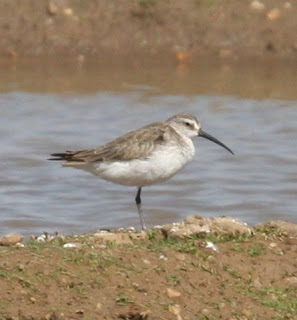 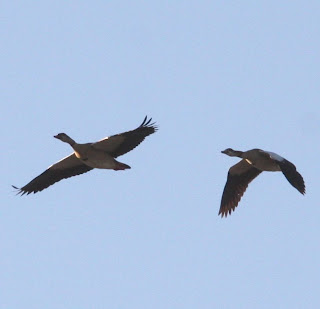 Egyptian Geese, Sunt Forest 2nd December 2011
We spent a bit of time in the forest, but there were few birds present other than Lesser Whitethroats, Eastern Olivaceous Warblers, Common Bulbuls, White-headed Babblers and a single Masked Shrike. Most interesting was a large group of Grivet Monkeys. 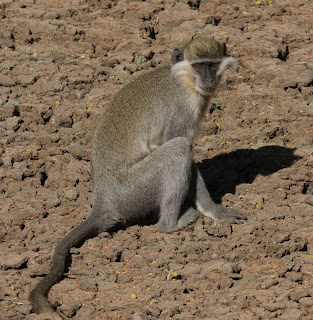