At the weekend I made my first trip up north to Karima. I went with my family and some friends and there was little opportunity for any proper birding, but I carried my equipment with me at all times and had a couple of brief trips down to the river. Overall I was a little disappointed not to see more, even though there were a few good sightings. I was particularly looking forward to the 300 Km drive across the Nubian Desert from Omdurman to where it meets the Nile again 90 Km south-west of Karima, as I was hoping I might see some bustards, sandgrouse or other good desert species. The habitat looked good, but there were very few birds, other than a couple of Brown-necked Ravens and a few doves. The final 90 Km stretch following the Nile up to Karima was a bit better, with a few good birds including a Lappet-faced Vulture and two Egyptian Vultures near an old carcass. 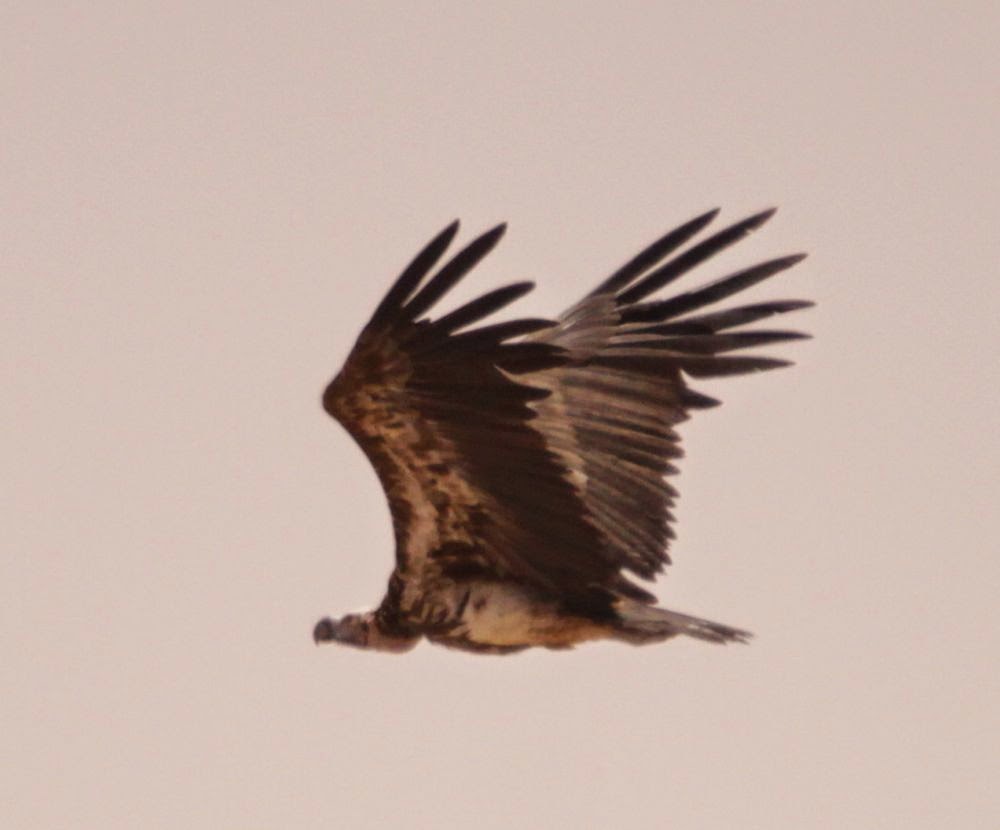 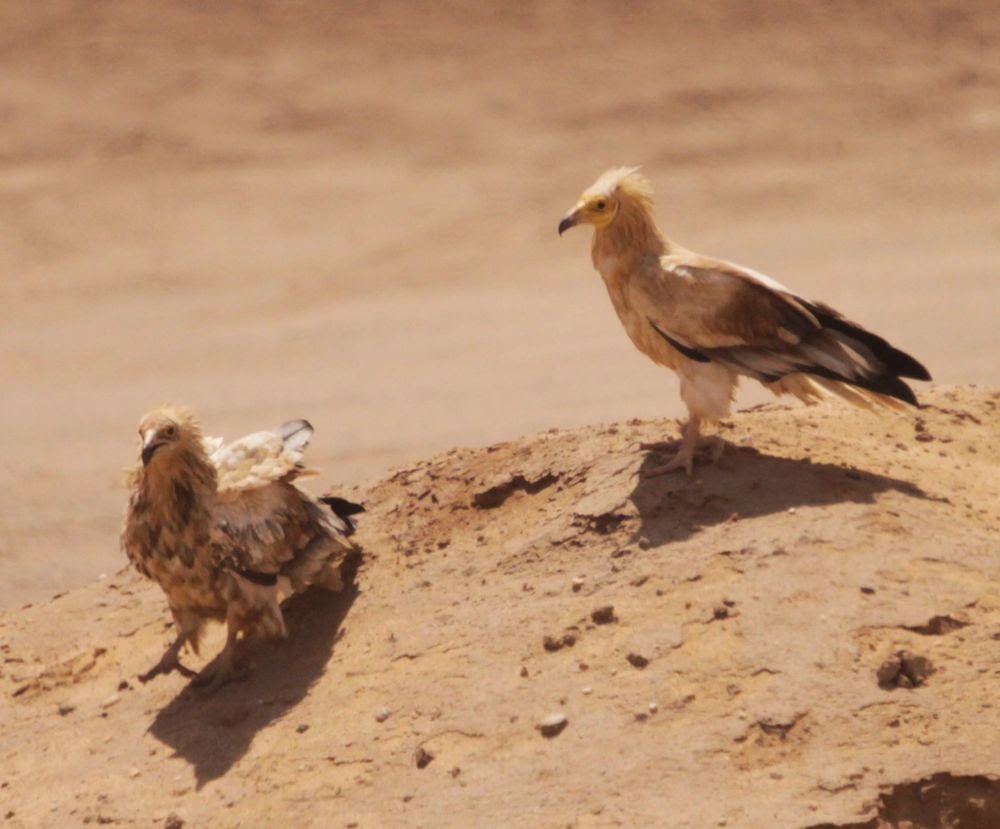 We stayed at the Nubian Rest House, which was very pleasant, though quite pricey. It lies at the foot of Jebel Barkal and I wandered over a few times to check out the birds. There were few resident birds on the rock itself, other than an active group of three Lanner Falcons (including at least one immature) and a few Striolated Buntings, but several other species were clearly using the thermals over the rock to help in migration. There were some quite big flocks circling high over the rock including hirundines, swifts (Little and Common) and lots of Eurasian Bee-eaters. Nearby at the pyramids a Western Marsh Harrier was cycling around, near an impressive flock of around 200 Yellow-billed Storks. I was a little surprised at these, as they are not supposed to be found any further north than this and I wonder where they were going. Another surprise was when I flushed a Common Snipe from very atypical habitat on the slopes of the jebel. 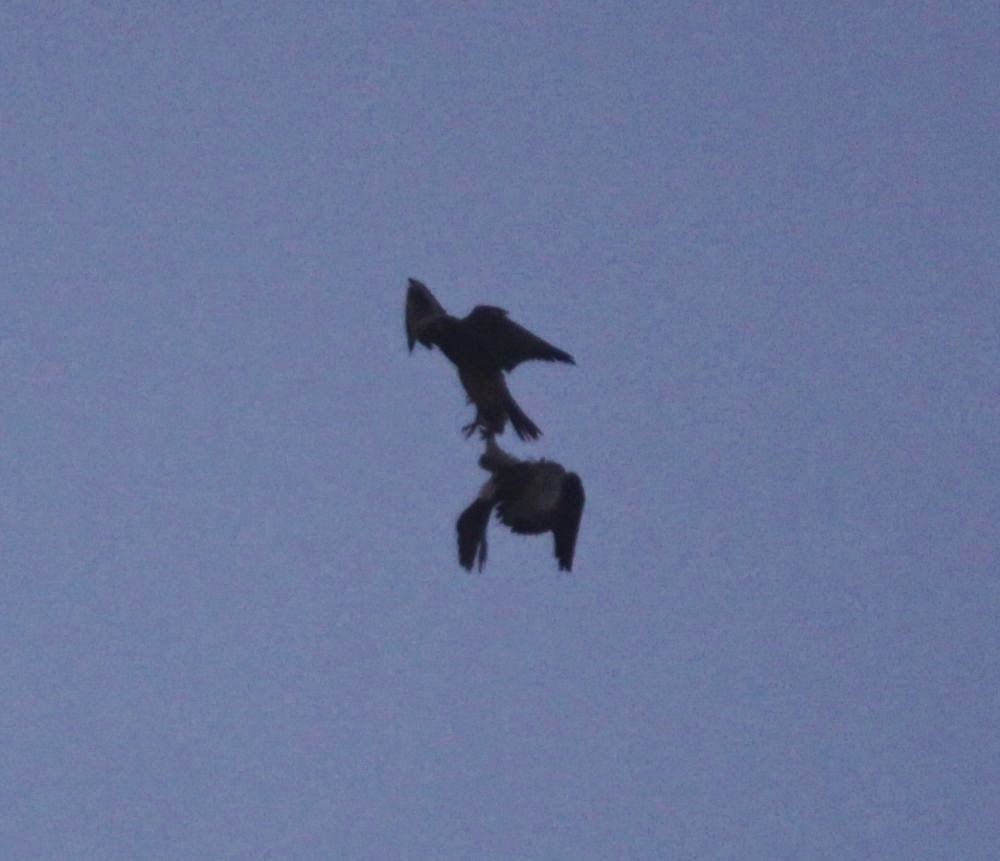 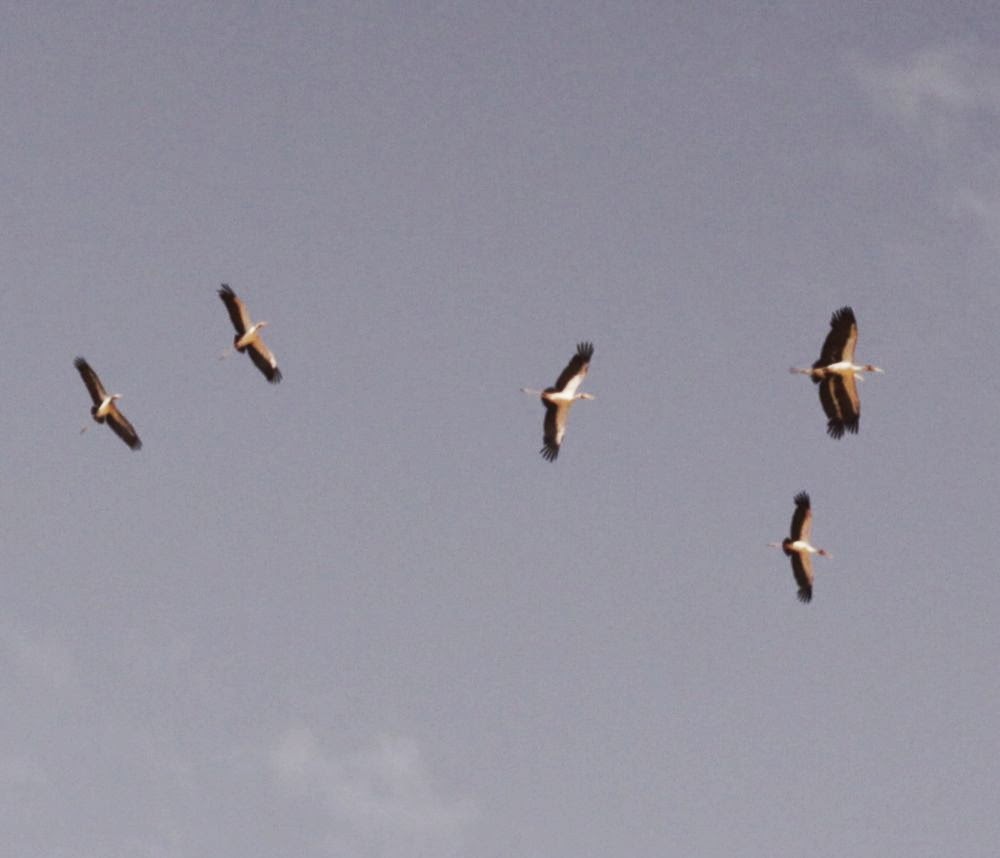 I made one brief evening trip down to the river in the middle of town. One thing I was looking out for was weavers and there were lots of Village Weavers flying back and forth along the edge of the river, but none stopped in the section that I was able to access and it was not possible to locate any nests. I must have seen about 40 birds in total and several were in breeding plumage. Nikolaus gives the range of this species as south of Khartoum. I have previously seen them as far north as Sabaloka, but this is a major range expansion further north. A few years ago the first one turned up in Egypt and I would not be surprised to find populations reaching much further north up the Nile. The habitat around Karima reminded me a lot of Egypt and I wonder if they might be a future coloniser.

Karima is located at a point where the Nile has just rounded a big bend and flows towards the southwest, before bending around to the north and on into Egypt. That evening I noticed lots of birds, especially herons (about 200 Squacco Herons and about 50 each of Little Egret and Cattle Egret), heading north up the Nile (i.e. back upstream). They looked like migrants but, given the direction, I assumed they were just heading to an evening roost site. I was back again the following morning at dawn and was surprised to see more groups heading in the same direction (a similar mix as before, plus a group of about 20 Eurasian Spoonbills). This made me wonder about the use of the Nile as a migration route. These appeared to be heading 'north' up the Nile, but were presumably not going to continue following it as it bent back south again. Do these birds just follow the relevant sections then cross the desert when the Nile heads in the 'wrong' direction. I had previously assumed that they would just follow the Nile around all the bends until they reached the Mediterranean. 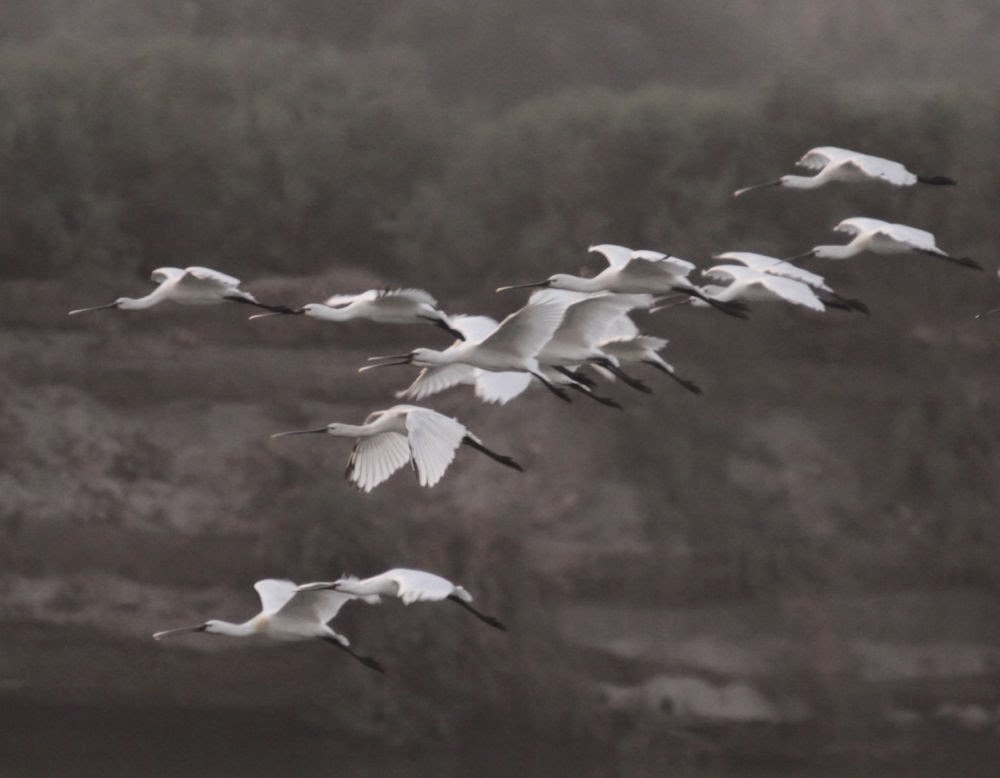 I was a little surpassed not to see any terns, especially given the numbers currently around Khartoum. There are no records of Whiskered Terns in Sudan north of Khartoum, which has to be an oversight given the huge numbers moving through. I had hoped to see some on this trip to fill this gap in the records, but it will have to wait for another visit.

While standing beside the Nile I saw a bird fly away from me across the river. From a rear view it reminded me a lot of a Wattled Starling, a bird I have been seeing lots of recently at Bahri. Unfortunately, I was unable to see it well enough to confirm the identification, as this would have been a significant northerly extension of the range.
Posted by Tom Jenner at 22:26