Marwa and I caught a few Northern Masked Weavers at Bahri today and we saw a couple of Cinnamon Weavers before driving around the pools making our normal counts. We noticed a new colony of Northern Masked Weavers in the bare branches of some flooded bushes and stopped to check. One had a lot of chestnut colouring on the underparts and was very similar to the hybrid Cinnamon x Northern Masked Weaver we trapped three weeks ago, but it had no ring so was a different bird.  There were three male Northern Masked Weavers in the same bush and they all rushed to their half-built nests and started to display when a female showed up. The hybrid did the typical display, flapping its wings as it hung below the beginnings of it's nest; then it perched nearby flapping its wings, flicking its tail and bending its head forward. At least some of the time the female was inspecting the nest of one of the other birds. I will keep an eye on this nest, as it will be interesting to see if it attracts a mate and, if so, whether it produces young. We drove on a bit further and then noticed another bird that could well have been a hybrid, though it was not as clear cut as the first. Again it was in a colony with Northern Masked Weavers. 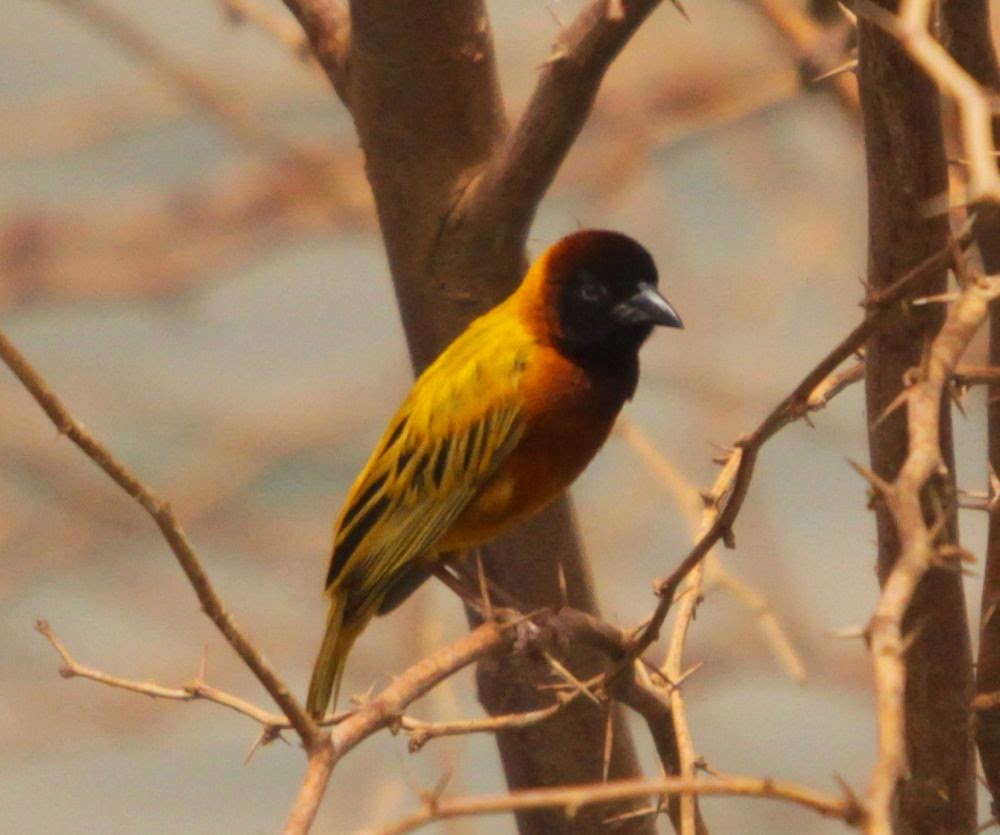 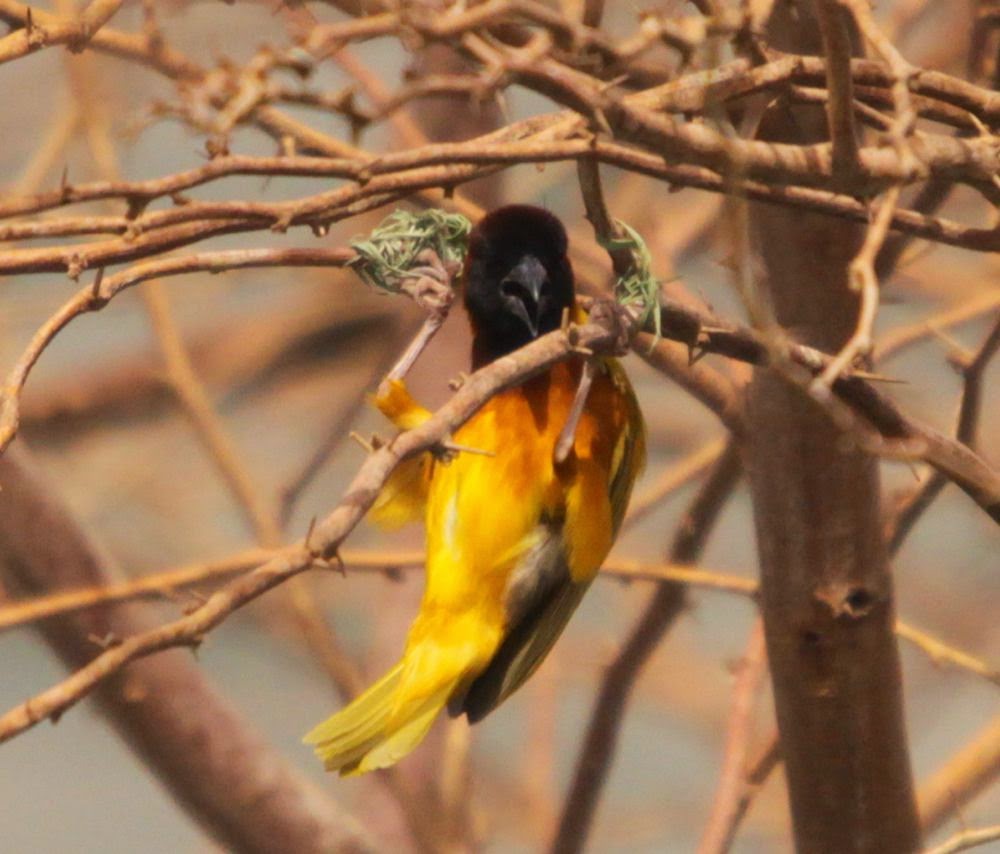 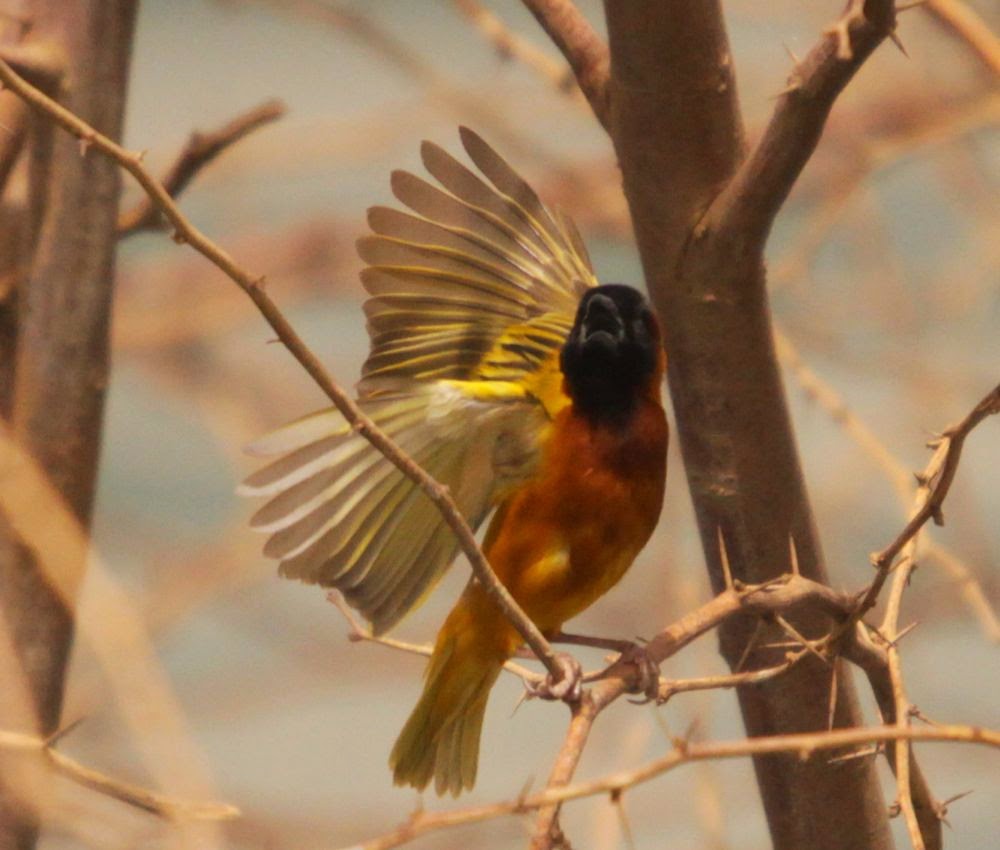 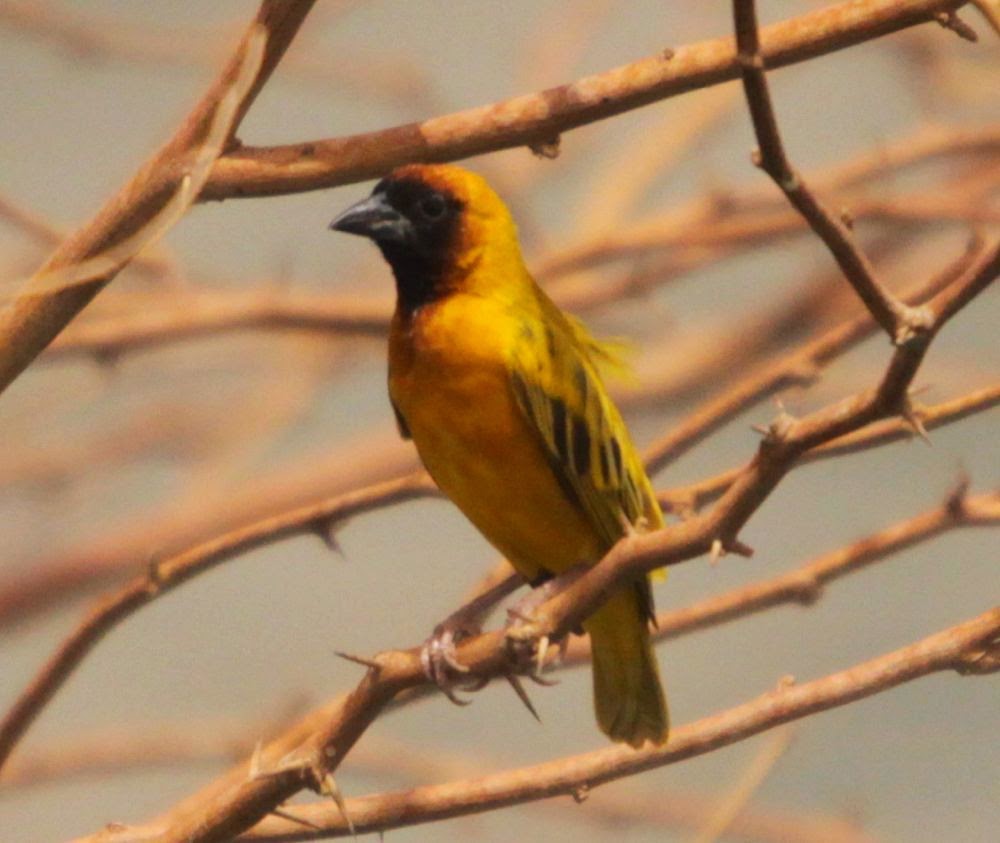 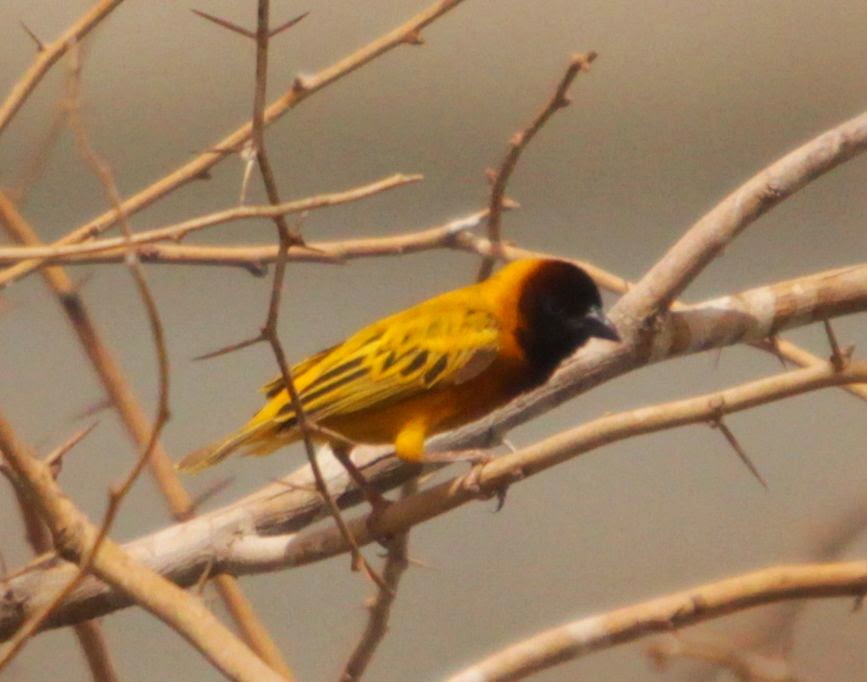 One of the first birds we saw today was a Clamorous Reed Warbler, which flew across the path as we drove up and proceeded to sing to us from right beside the car. They are probably a resident population. The big group of wattled Starling seen two weeks ago seemed to have dissipated and we only saw one flock of about 15 birds which flew over the ringing site. the Spur-winged lapwings were as vocal as ever and we saw a couple of young birds beside one of the pools. We caught one adult in a net, giving us the chance to look at the odd-looking spur on the wing which gives the bird its name. Apparently they sometimes use these spurs to attack predators that approach their chicks. 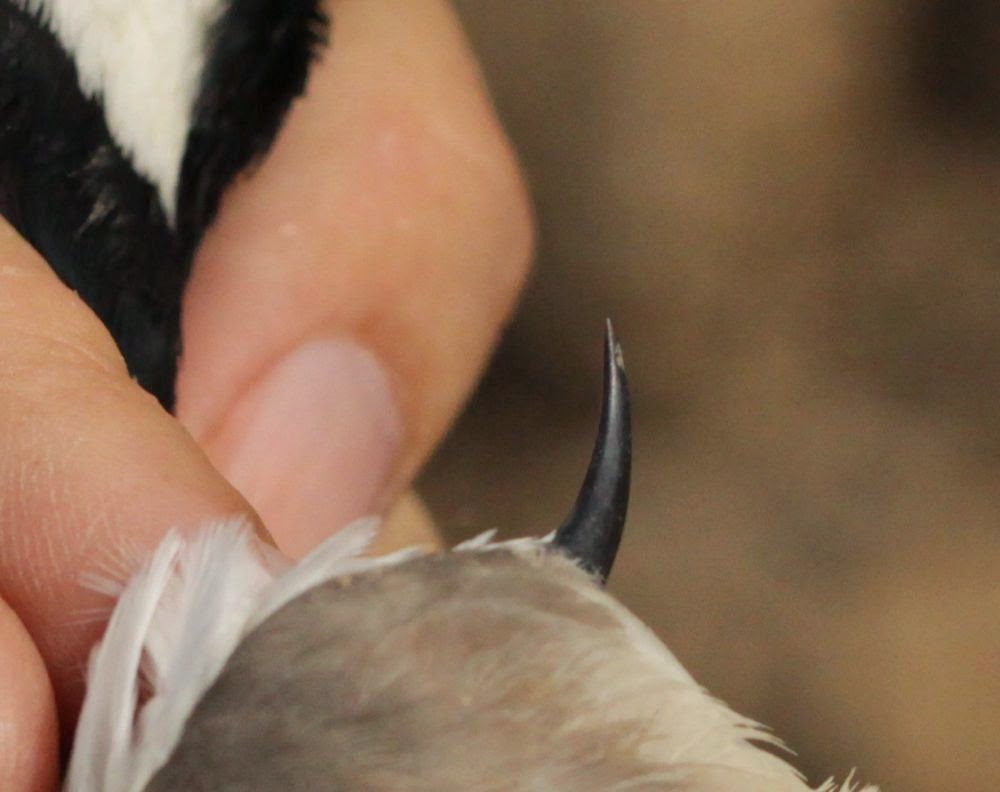 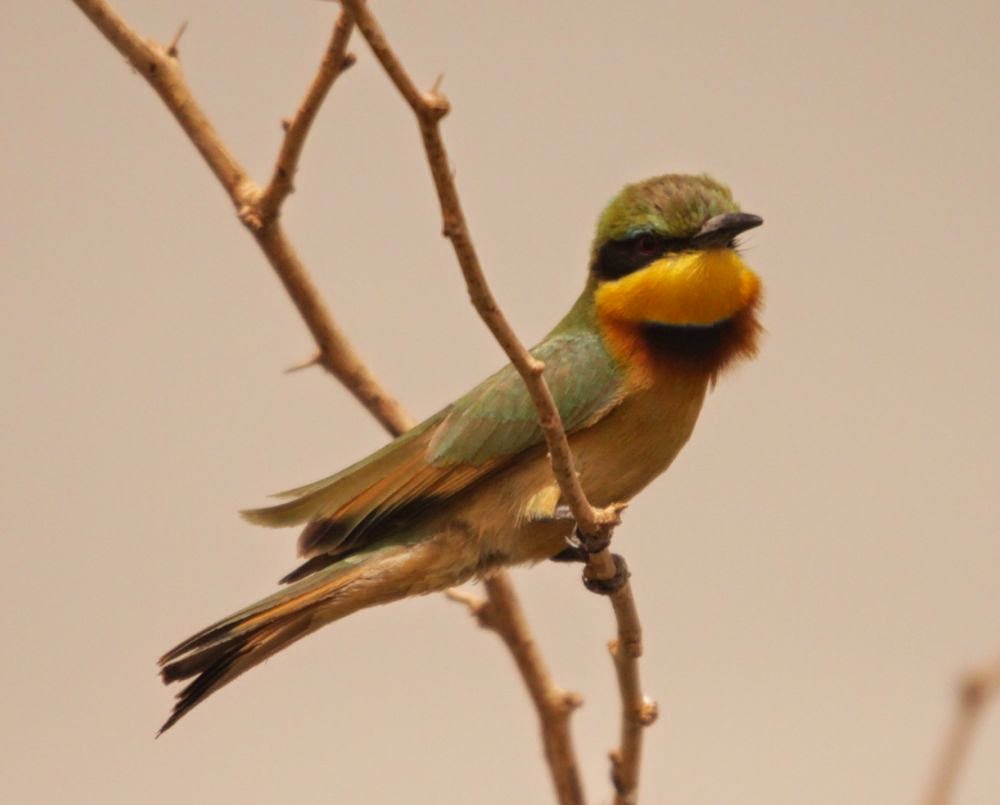 The number of wintering birds is falling each week and there were no ducks today, other than the resident White-faced Whistling ducks, which have paired up and are probably starting their breeding season. Most Whiskered Trens have left, but there were still lots of White-winged Terns.
Posted by Tom Jenner at 18:40