Another hybrid weaver at Bahri

For the last two weekends Marwa and I have been netting weavers at Bahri sewage pools. Yesterday we caught our second Cinnamon Weaver x Northern Masked Weaver hybrid. As with the previous one, the underparts had extensive cinnamon colouring and there was a lot of black on the head forming a slight hood - which are Cinnamon Weaver features. However, as with the previous bird, the upperparts were much yellower, and more like Northern Masked. Again, the yellow nape was one of the most conspicuous differences that separated it from Cinnamon (for comparison see the photo of a Cinnamon weaver at the top right in the header of this blog). This hybrid had a wing of 75 mm, which is intermediate between the 76 mm average of male Cinnamon and 74 mm average of male Northern Masked, though there is extensive overlap between the two. See here for the report of the previous hybrid. 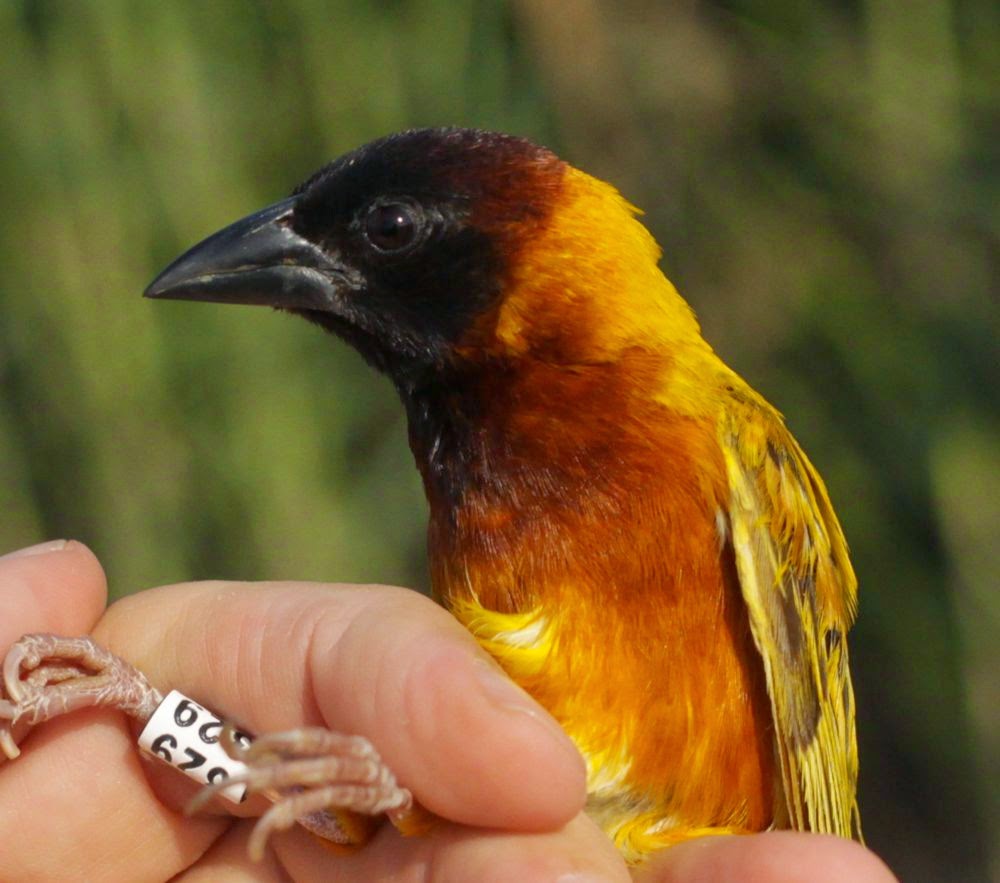 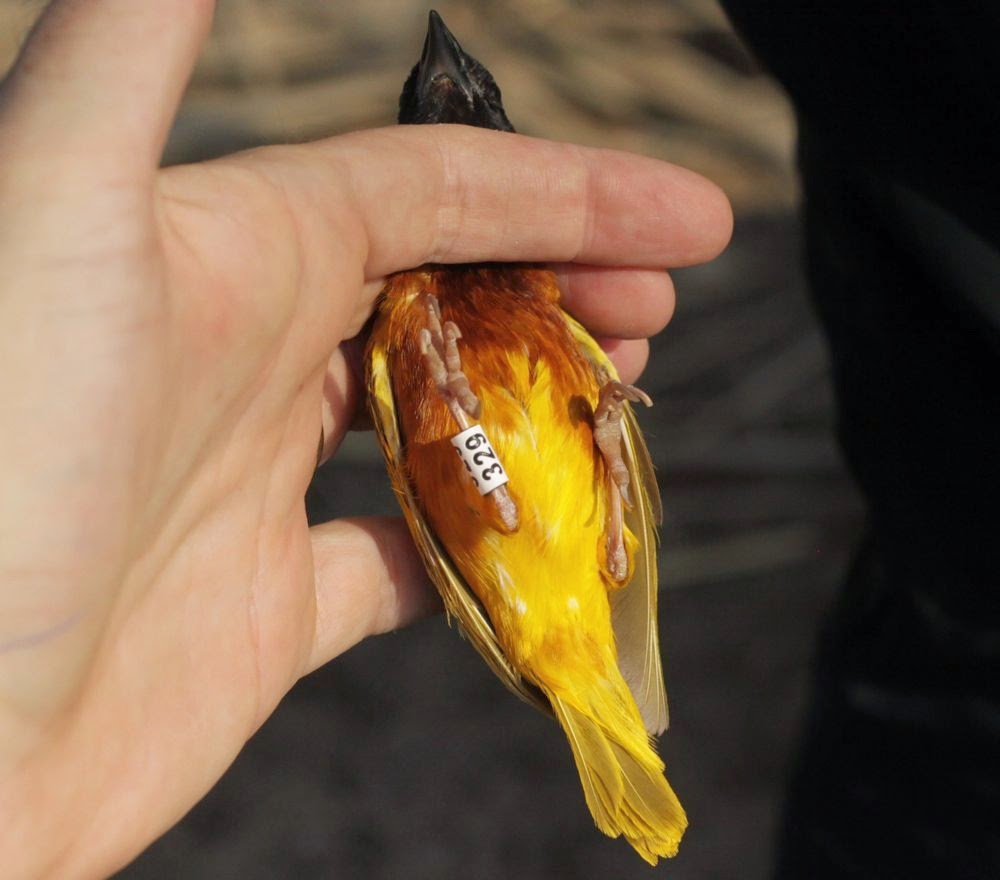 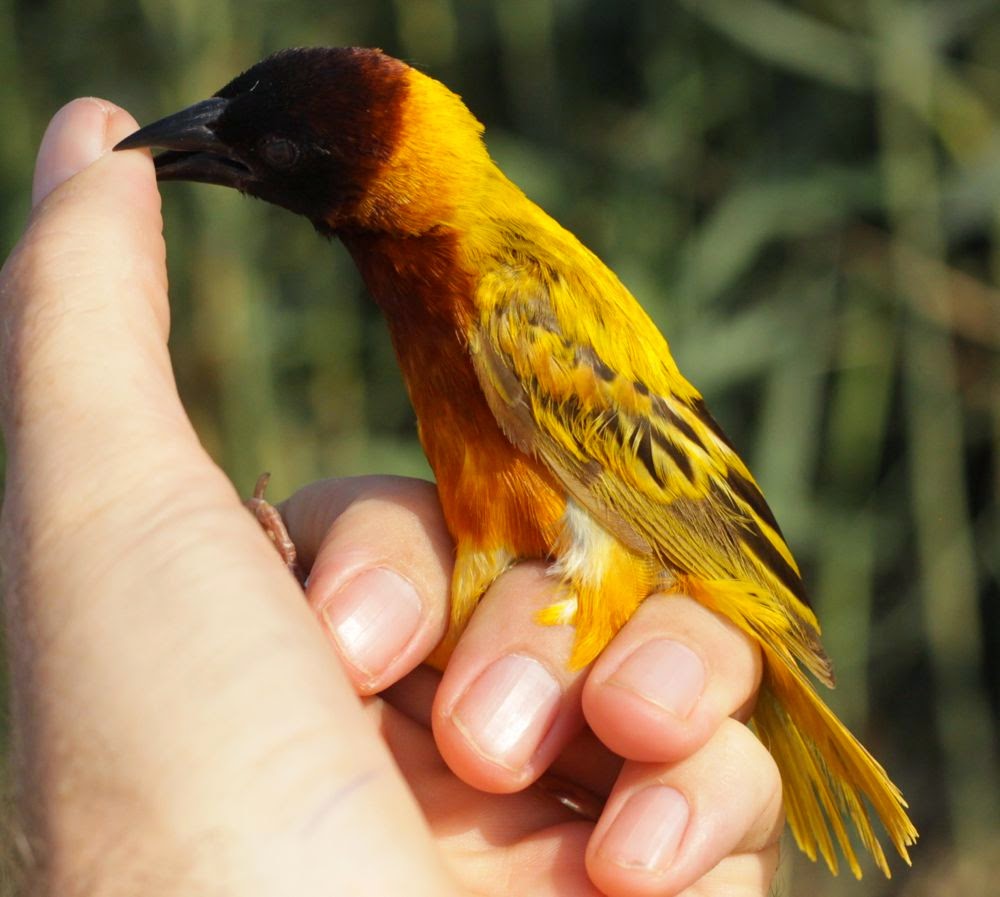 The migrants are already starting to move through. Last week we saw a Southern Pochard and a Gargany, there have been reasonable numbers of White-winged Terns and there have been lots of waders of different species. There were quite a few Yellow Wagtails yesterday and we also saw a Wryneck, while last week we saw a Southern Grey Shrike. We have yet to see any warblers though. 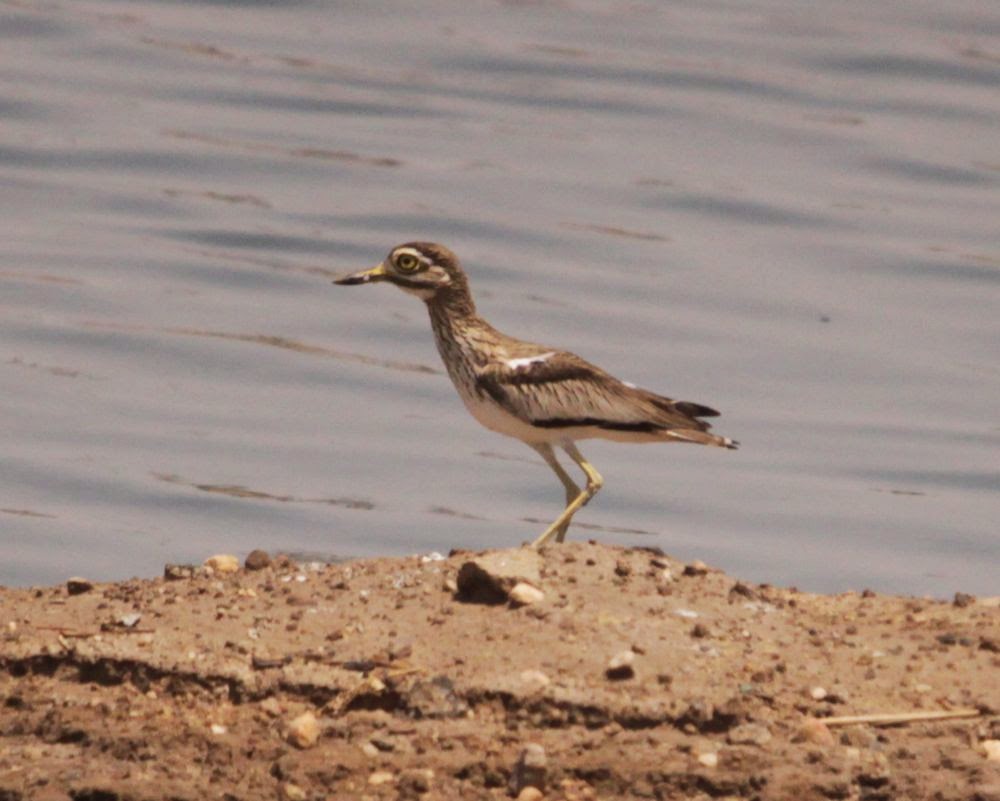 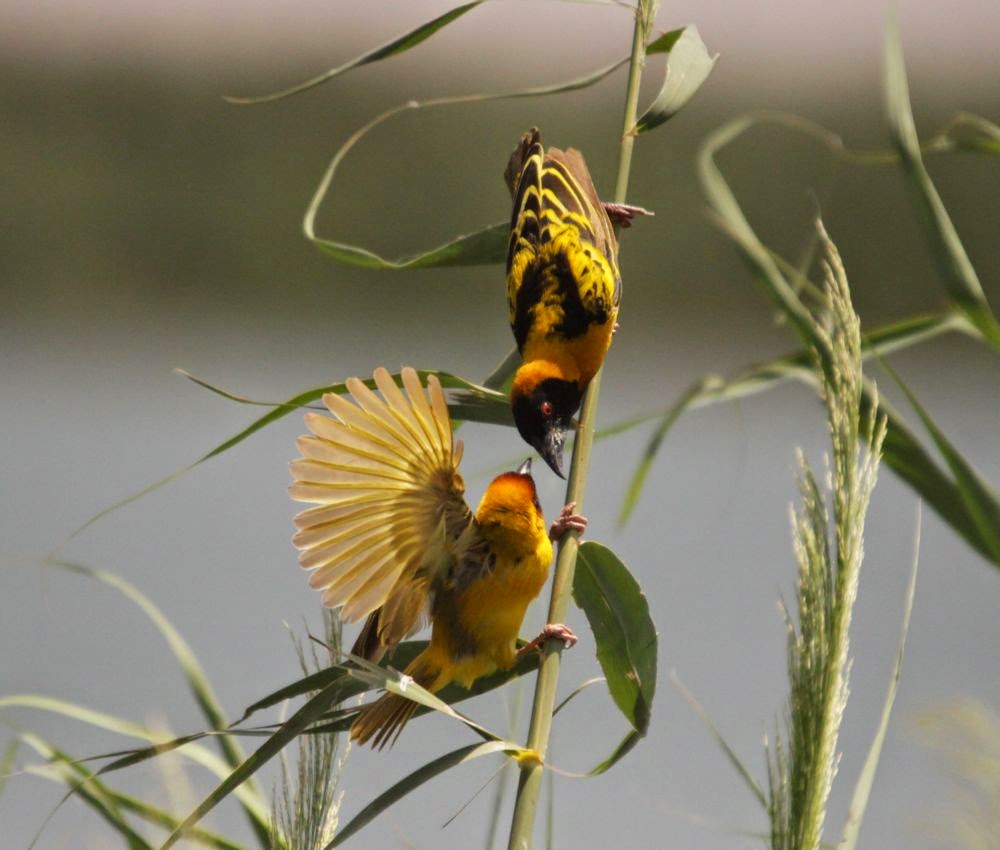