I visited Khartoum Sewage Ponds today with Marwa and we were joined by a couple of friends, Basim and Jeanette. There were lots of terns about, which all appeared to be White-winged, plus quite a few waders, with large numbers of Black-winged Stilt, Ruff, Wood Sandpiper, and Spur-winged Lapwing and smaller numbers of Little Stint, Common Ringed Plover, Kittlitz's Plover, Temminck's Stint, Curlew Sandpiper, Black-tailed Godwit, and Marsh Sandpiper. I had my highest ever count of Hottentot Teal, with 48, plus a few Northern Shovelers. 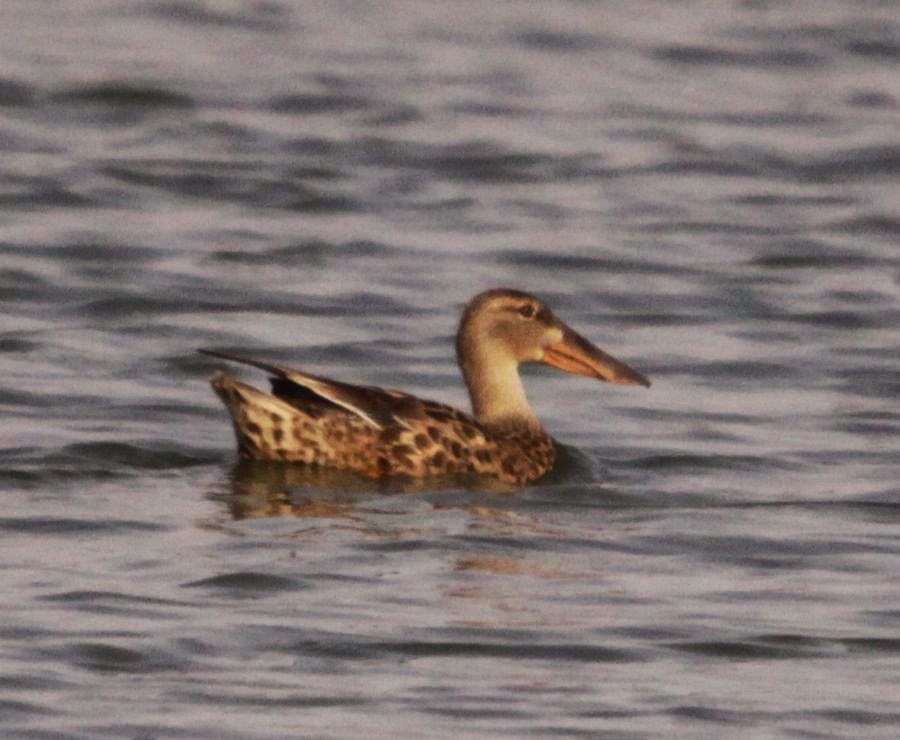 As has so often been the case at this site, the gallinules stole the show. We saw about 8 African Purple Swamphens, which is remarkable for a bird which is generally quite shy. For the last two and a half years we have been hoping to spot a young bird to confirm them as a breeding species, and finally we were in luck today with brief views of a bird in juvenile plumage. There were the usual big numbers of Common Moorhens, and as always there were quite a few young birds present, but for the first time we saw some pairs with very young chicks. I counted 28 Crested Coots, which, as in all previous visits, were in breeding plumage. 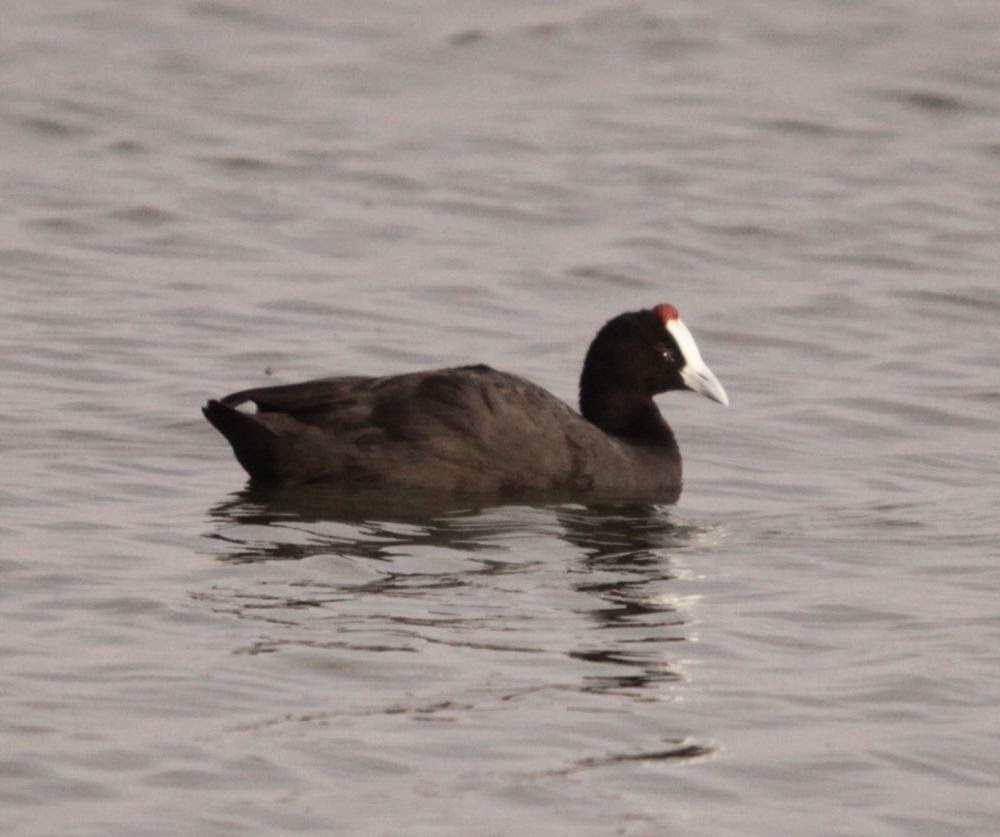 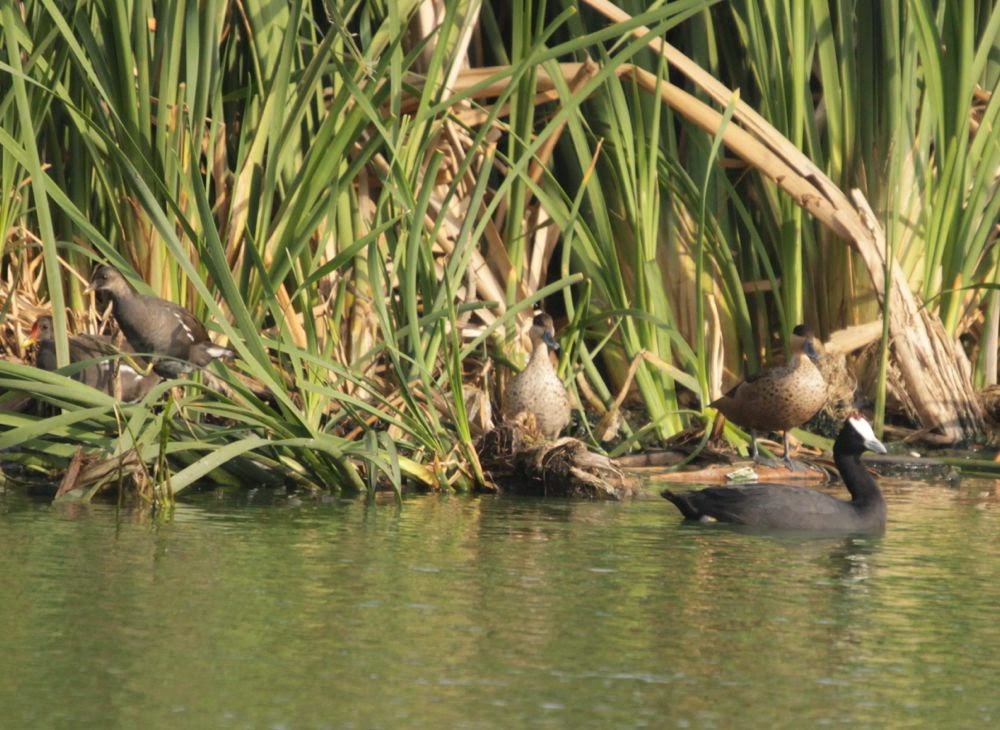 I am particularly pleased to get the last shot, as, according to the published literature, it could never be Sudan. Common Moorhen is not recorded as a breeder, Hottentot Teal is known from only a single record, and Crested Coot has no published records. I demonstrates how little the avifauna of this country has been studied.
Posted by Tom Jenner at 18:54