Another trip to Jebel Aulia

I used the Eid vacation for an overnight camping trip to Jebel Aulia with my family and some friends. This time, I focussed a bit more on the water birds.  There were several that I had not seen previously in Sudan, including Eurasian Curlew, Curlew Sandpiper, Collared Pratincole, Ruddy Turnstone and Black-headed Gull. There were several Lesser Black-backed Gulls, plus a paler bird that was probably either a Heuglin's Gull or a Caspian Gull. Nikolaus (1987) describes Heuglins's Gull as a vagrant inland in Sudan, whereas Caspian Gull (the more probable of the two) has never been reported in the country to my knowledge. Unfortunately, the photos may not be good enough to confirm an identification. 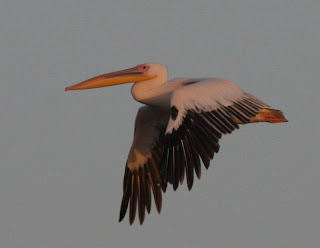 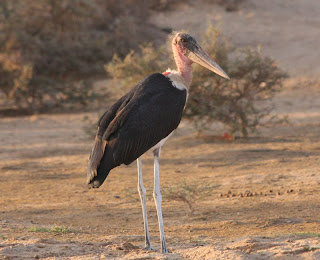 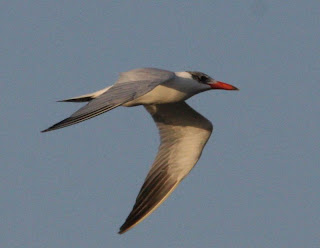 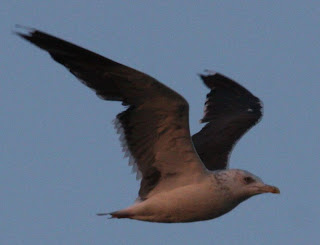 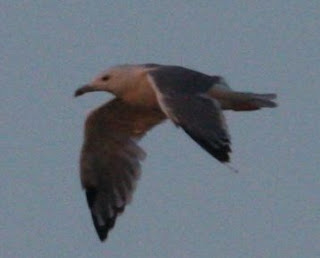 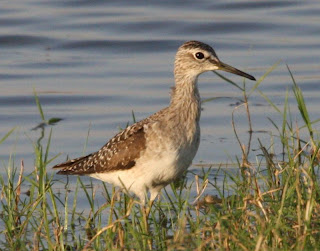 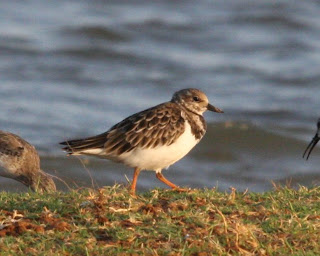 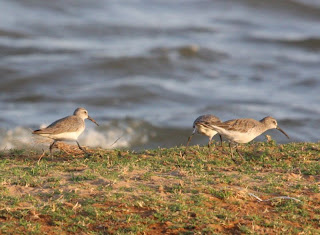 Curlew Sandpipers, Jebel Aulia, 16th November 2010
There were also a number of landbirds around, with several that I had not seen previously in Sudan, such as Desert Wheatear, Isabelline shrike and Orphean Warbler. I haven't seen an Orphean Warbler for 25 years, so this was a good find for me. However, it proved hard to see well as it skulked deep in the Acacia bushes. Fortunately it was the eastern subspecies (sometimes split as a full species) which has distinctive dark smudges on the undertail coverts making it easy to separate from the similar, but smaller, Lesser Whitethroat. 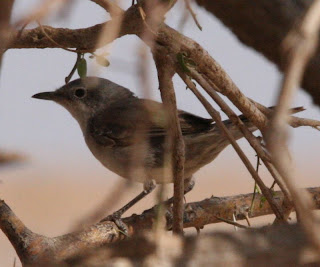 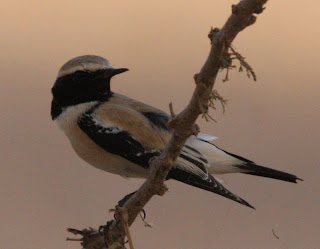 Desert Wheatear, Jebel Aulia, 15th November 2010
I was pleased to finally get good views of some African Collared Doves. I see lots of African Mourning Doves in Khartoum, but it took me a long time to confirm the identification because the books say they should have a red orbital ring. For a long time I was unsure whether they were African Mourning Doves or African Collared Doves, until I realised that the subspecies in Khartoum does not show this feature. Having now seen the collared doves (shown below) I can see the difference. The two species seem to be separated by habitat, with the collared doves being in the drier habitats. 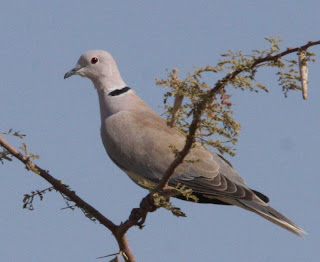 African Collared Dove, Jebel Aulia, 16th November 2010
I included a photo of a Cricket Warbler in the blog of my last trip to Jebel Aulia, but its a favourite of mine and I have included another below. They are generally fairly easy to approach and this bird was hopping around on the floor near my feet. 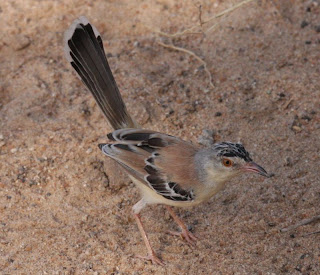 Cricket Warbler, Jebel Aulia, 15th November 2010
At night I went out with a torch to look for nightjars, but without success. However, I kept getting a distinctive eyeshine of a medium sized mammal that appeared to be a small cat or fox. The eyeshine was visible from a great distance, but the actual animal was very hard to see.  Eventually, one hid in a large bush and I was able to get some reasonable views and identify it as an African Wild Cat - the original ancestor of the domestic cat. That was definately the best sighting of the trip.
Posted by Tom Jenner at 11:37