On Friday I had my first opportunity to walk around the new Fenti Golf Course. It only opened last month, so I was surprised to see how much good habitat was available for birding. Needless to say, the open grass of the fairways was excellent for wagtails (mostly Yellow), pipits (Red-throated and Tree) and wheatears (Northern, Isabelline and Black-eared). The only lapwings were Spur-winged Lapwing (the flight picture below showing the wing spurs that give it its name), but some of the migrant species are on their way (see blog entry 'The Amazing Journey') and there must be a chance that they will be attracted to a habitat such as this. 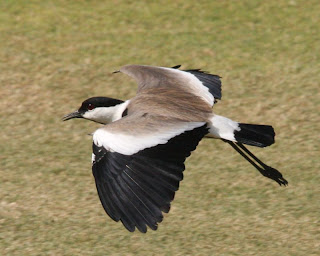 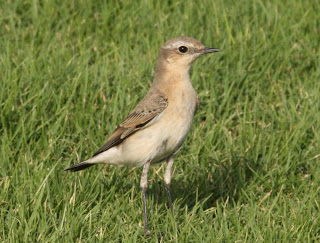 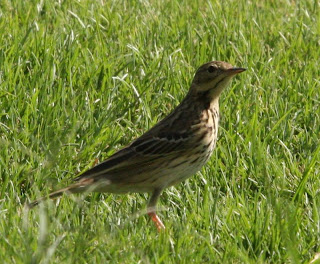 Tree Pipit, Fenti, 12th November 2010
The surrounding vegetation is still growing up and will improve for birds with time. However, there was still plenty to see, with migrants such as Common Redstart and Chiffchaff, and resident species such as Graceful Prinia, Northern Red Bishop, White-throated Bee-eater, and Crimson-rumped Waxbill. 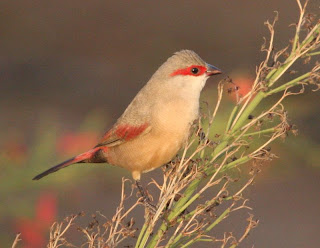 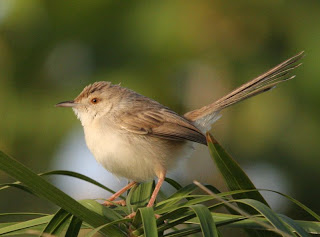 Graceful Prinia, Fenti, 12th November 2010
Perhaps the biggest surprise was how much the ponds were already attracting water birds. Little Grebes had clearly been breeding there, with an immature bird attended by an adult pair. There were a couple of Long-tailed Cormorants, a White-winged Tern, and waders, such as: Green Sandpiper, Common Sandpiper, Common Ringed Plover, and Little Ringed Plover. While I was enjoying breakfast on the balcony of the pavilion an Osprey circled over the water looking for fish. I would have imagined that the artificial ponds would take longer to become productive, but it seems that they are already attracting birds. 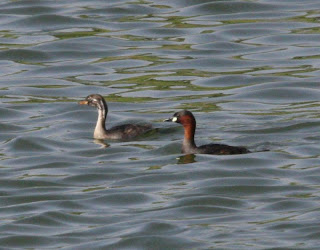 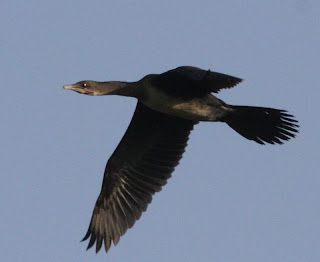 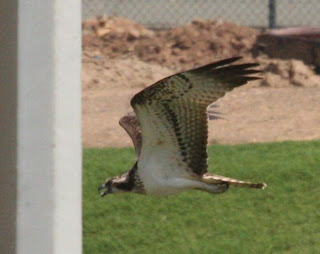