On the Mundri road WNW of Juba

On 19th March I went 30kms west north-west along the road that eventually goes to Wau via Mundri. There were settlements along much of the route, which went through open bushland. The extent of wood extraction for charcoal was astonishing, though perhaps not surprising given the rate of population growth in Juba. Birds were less plentiful and less diverse than along the north road to Terekeka, but the species mix was rather different, with a range of new species including Common Kestrel (on a rocky outcrop), Brown Parrot, Red-throated Bee-eater, Flappet Lark, Green-backed Eremomela, Emin's Shrike and Northern Puffback. Photos of some of these below, plus ones of Grey Kestrel and Brown-rumped Bunting. 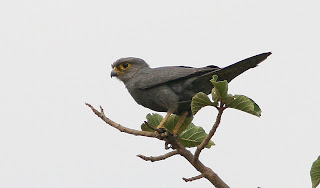 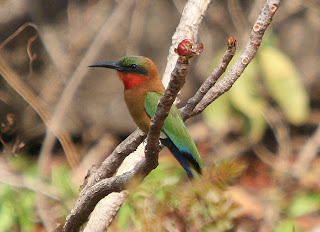 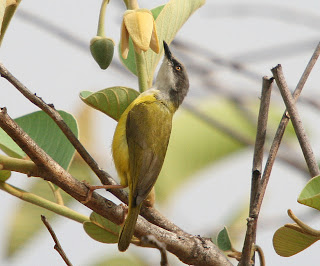 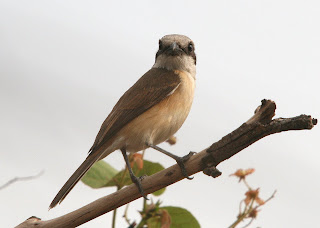 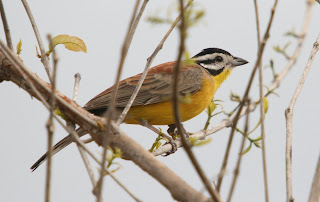 There was also a pair of starlings, either Bronze-tailed or Lesser Blue-eared. At least one of them had orange red eyes rather than yellow as per the field guides. Some photos of Bronze-tailed on the web show the same colour. 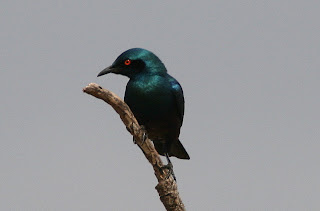