I visited Tuti Island this morning with Stephen, Terry and Simon. It was fairly quiet, with few migrants other than some groups flying over, some of which had passed over our heads before we had a chance to identify them. Notable was a group of 72 Glossy Ibises heading north up the White Nile. There were also a couple of Golden Orioles present, which were my first of the spring. This Black-shouldered Kite was my first at Tuti. 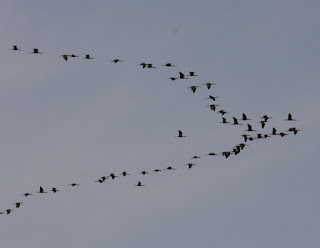 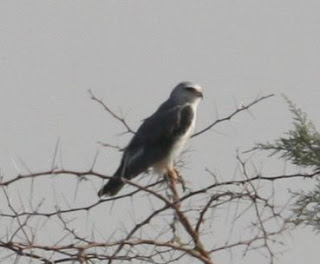 A group of swallows on some exposed wires allowed some unusually close views (for Tuti). This Plain Martin seemed to lack the brown throat of some birds and we discussed whether it was in fact one. A later check of photos on the internet showed that they often lack the dark throat. I have not previously seen Ethiopian and Barn Swallows perched together and I was immediately struck by the size difference between the two. The books mention a major difference in length, but I had assumed this was just due to the tail streamers. The photo below shows how marked the difference really is. 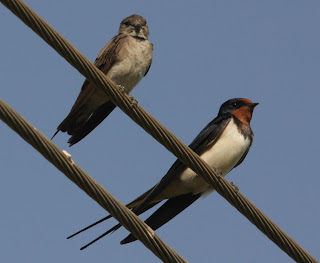 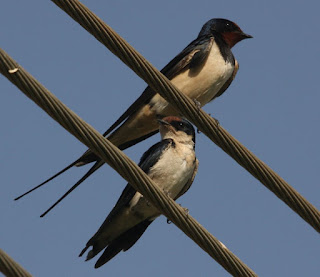 Back at the start of February I discussed how the Village Weavers were constructing nests. As we passed the colony we discussed how they might have eggs or chicks by now, but we were then surprised to see a bird that had clearly just started building. I assume they must have quite a protracted nesting season. 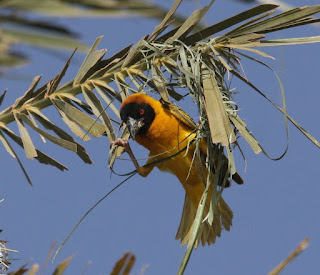