South of Khartoum on the Blue Nile

Today Terry, Stephen and I headed south along the eastern shore of the Blue Nile on a bit of a random search for a new birding site. Stephen had spotted an island in the river on Google Earth about 70km south of the city, with the nearest named spot on Google earth being Tayyib Al Masas. From the main road we cut across a bit of open desert for about 1km before reaching the farmland bordering the Blue Nile. We saw a Greater Hoopoe-Lark here, plus a Pied Crow. The Pied Crow was my first within the current borders of Sudan, and we had seen a couple a little earlier on the main road, along with several Brown-necked Ravens. The bushes were teeming with Sudan Golden Sparrows, with several nests in each Acacia bush. The most spectacular bird of our walk through the farmland was undoubtedly the Northern Carmine Bee-eaters. There were lots around pools beside the river and we wondered if they were collecting mud for nests. 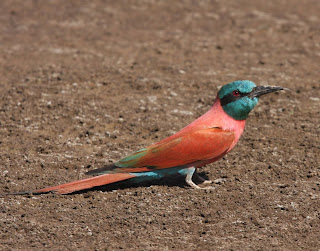 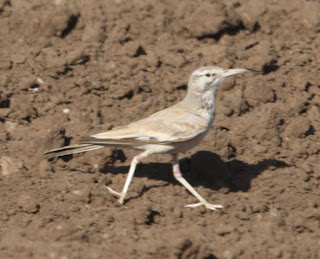 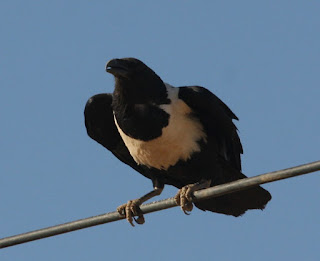 On reaching the river we could see two long sand islands that looked fairly permanent, and which Stephen had spotted on Google Earth as possibly being good habitat. He was right, as there were several groups of birds present. In particular, we saw several small groups of ducks, which seemed very wary of our presence despite our being on the opposite bank and most flew off when we approached. In such a situation, they are probably more likely to stop off on an island where there is less disturbance. One group was only White-faced Whistling Ducks, another had 4 Gargany, a Northern Shovelor and a couple of White-faced Whistling Ducks (plus a couple of Grey herons and an African Spoonbill). The last consisted of just one female Northern Pintail and an odd-looking duck that we had trouble identifying. It had a white speculum, which from flight photos could be seen to match Gadwall very well. As such, I assume it was that species, either being an aberrant or a hybrid with another species. The photo below shows the long wedge-shaped bill which is very atypical of this species. 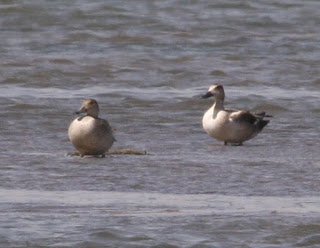 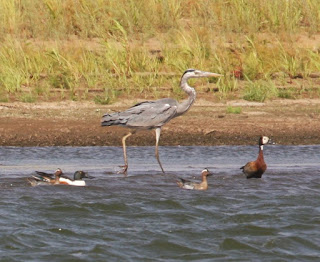 Also on the sand bank were some Pink-backed Pelicans, some terns and some waders. The terns were mostly Whiskered and Gull-billed, with a few White-winged and a single Little Tern. Although distant, the photo below clearly shows the white supercilium passing behind the eye, thus distinguishing it from the very similar Saunder's Tern. As discussed in a couple of previous posts recently, there are currently no confirmed records of Little Tern from Sudan, but it must now be pretty clear that these inland birds all relate to this species, while the Red Sea coastal birds are probably mostly Saunder's Tern. Also in the tern family, it was very nice to watch three African Skimmers that were also present. Migrant waders included single Little and Temminks Stints. Resident waders included Egyptian Plover, Spur-winged Lapwing and senegal Thick-knee. 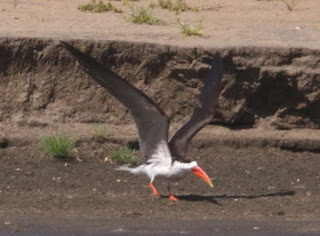 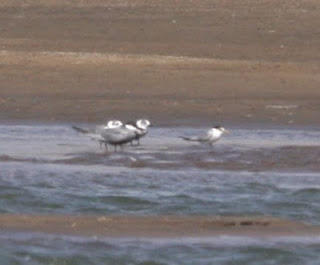 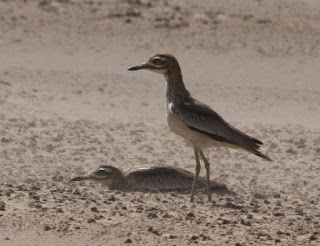 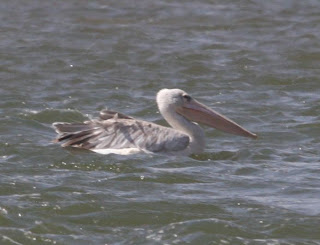