More good birds at the pools near Capo Dairy

After our success yesterday at this new site, I had to head back this evening and take another look. There are three pools with open water and one that has thicker reeds across it. A number of others are either empty or have small puddles of water that have some waders. The pool with thick reeds seems to be the best pool for the Hottentot Teals (there was one group of 8 and I think there were several more), the African Purple Swamphens (at least three, but probably 4) and the White-faced Whistling Ducks (about 40). However, the two most interesting new birds today were in a wet patch just outside one of the main pools, where there is some water seeping out. I saw a Three-banded plover and a Greater Painted-Snipe here. 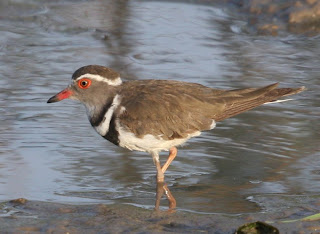 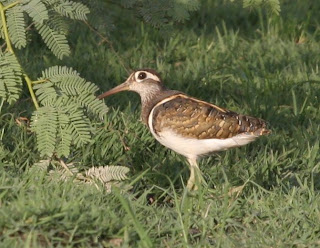 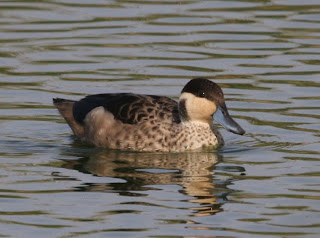 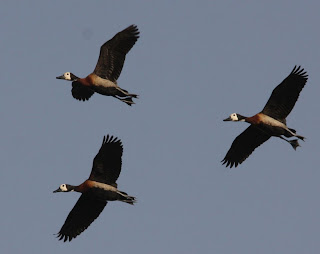 White-faced Whistling Ducks, pools near Capo Dairy
7th April 2012
Amongst the Eurasian Reed and Sedge Warblers there was also a Great Reed Warbler today. There was a lot of activity around from the many Northern Masked Weavers that were building nests in reeds overhanging the water. The site is a little more than 5 minutes from my house, so I will be making regular trips here. I will be particularly interested in finding out whether the Hottentot Teals or African Purple Swamphens stay and breed.
Posted by Tom Jenner at 22:51