Some migrants at Tuti

A number of blogs in the region having been reporting big movements of migrants recently, with large numbers of Willow Warblers mentioned in South Sudan and Saudi Arabia. As is often the case, there were only small numbers of migrant passerines today at Tuti, including only a couple of willow Warblers, a Lesser Whitethroat, a Masked Shrike, a Rufous Scrub-Robin and some hirundines. There were a couple of groups of European Bee-eaters, a Black Kite, a group of about 30 Glossy Ibises, about 20 Lesser Black-backed Gulls and good numbers of Whiskered and White-winged Terns. 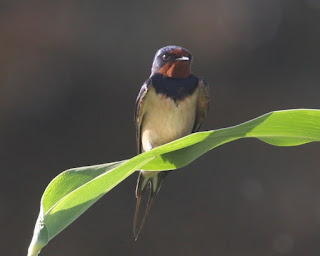 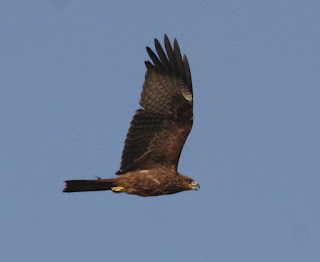 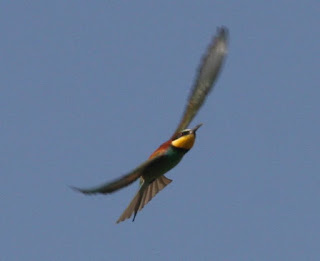 European Bee-eater, Tuti Island 15th April 2012
There were the usual local birds around, with a pair of Yellow-breasted Barbets and this White-headed Babbler showing well.  Most of the male weavers now seem to be in breeding plumage and there was a lot of activity at the nesting sites. 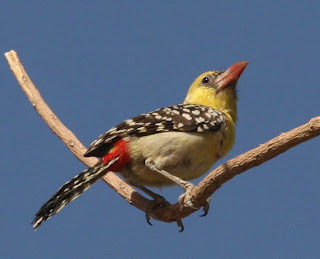 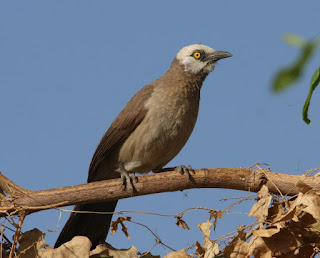