I missed out on a birding trip to Juba to visit Mark Mallalieu this weekend due to flight cancellations. After reading Mark's birdingsouthsudan blog I know that I missed out on some great birds yesterday, so I felt I had to make up for it with several trips around Khartoum. I therefore made a second trip out this evening, this time to the pools near Capo Dairy. There was little new in the area, but all the recent highlights were still around. As always, it was hard to be stealthy approaching each pool as there was the incessant calling of Spur-winged Lapwings as they circled overhead to distract me from their recently fledged chicks. 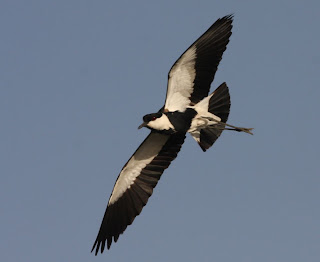 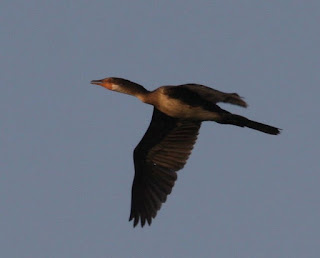 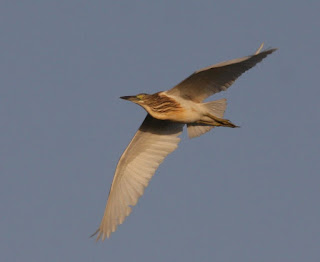 Squacco Heron, Pools near Capo Dairy 15th April 2012
As with my previous visit, I managed to photograph a moulting weaver that shows some feather colouring reminiscent of Cinnamon Weaver (for comparison see the bird in the blog heading at the top of the page). My one doubt is that it also appears to be moulting in some yellow feathering around the neck, which Cinnamon Weaver would not have. This is something I will continue to monitor as I am determined to sort out the identification of this species and hopefully make a study. 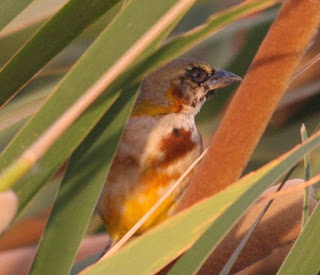