Yesterday I visited Sabaloka with Eleanora, Juha, Terry and Stephen. There were few passerine migrants present, though we saw our first Spotted Flycatchers of the year. By contrast, non-passerines were undergoing visible migration north with small groups of Egrets, White Storks, Black-headed Herons, African Spoonbills, European Bee-eaters and Little Swifts, plus an individual Marsh Harrier, Steppe Buzzard and Abdim's Stork. 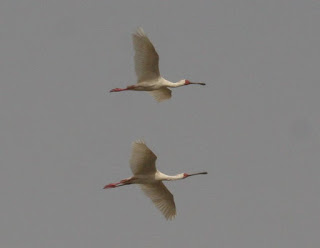 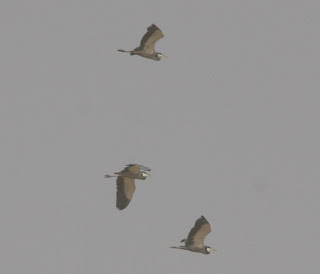 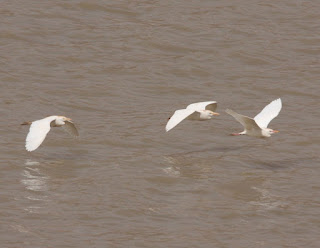 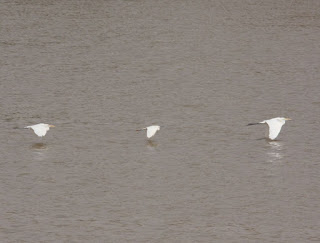 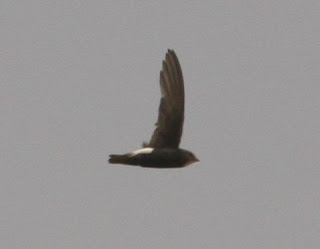 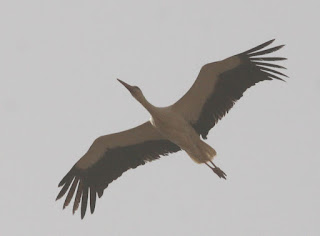 White Stork, Sabaloka 20th April 2012
Whilst eating lunch this Little Weaver flew in and landed on a twig beside us. For all of us it was the first we have seen in Sudan (I have only seen them previously in South Sudan). Nikolaus shows the distribution extending north of here, so it was a bird I have been expecting to see for a while. I have quite often seen small weavers in non-breeding plumage that I have suspected were this species, but I have never been sure. I assume that they have only just moulted into breeding plumage and that I must have missed them this time last year. 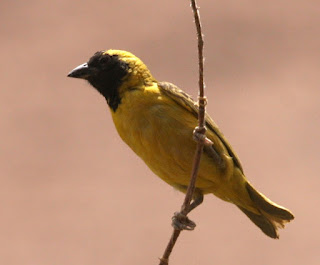