I visited Tuti Island today with Juha and his wife Eleonora. We observed five large groups of Glossy Ibises moving north along the White Nile, each numbering between about 100 and 200 birds, with perhaps 700 in total. Nikolaus refers to the species as uncommon, but locally common on passage, and refers to observations of heavy passage during autumn. On the 9th April last year I saw a group of 81 migrating north along the White Nile, so this must be the peak spring migration time. 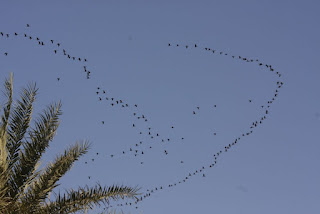 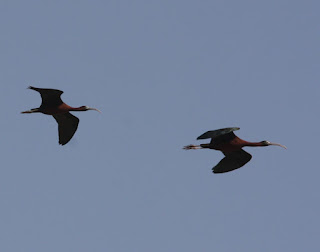 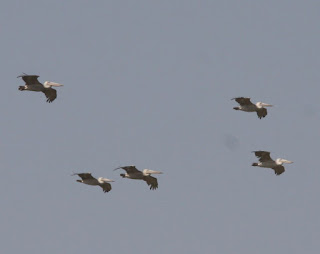 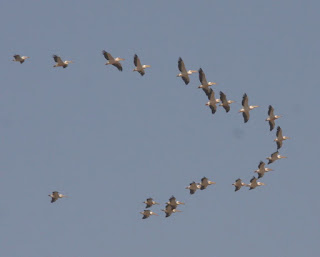 Great White Pelicans, Tuti Island 6th April 2012
Whiskered and White-winged Terns continued to move along the river in reasonable numbers, but there were no gulls this week. Other migrants were present in quite small numbers and included a Black Kite, some hirundines, a Pallid Harrier (my first on the island), a Eurasian Sparrowhawk, Yellow Wagtails, a couple of Rufous Scrub-Robins, some warblers (including my first Reed Warblers of the spring) and a Northern Wheatear. Many Vitelline and Northern Masked Weavers had moulted into breeding plumage and a colony of the latter was busy constructing nests in a bush overhanging the water at the north end of the island. Construction of most nests was still in the early stages. 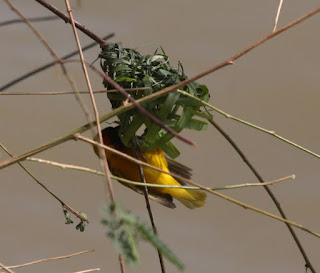