A second visit to the Cinnamon Weaver colony

I returned to Wad Medani this weekend to take another look at the Cinnamon Weaver colony found two weeks ago. In the intervening weeks the Blue Nile must have been flowing extra fast, because the bank had collapsed beside the colony and much of it had been washed away, including the large fence that we had struggled to peer over on our previous visit. There were only three nests remaining of the 8 that had been present last time. One was clearly very old and not in use; the one that had young on the previous visit was now empty, possibly because the young had fledged; and the third nest was still active. Clearly these nests are very well protected against predators, being covered all around and in such an inaccessible place - yet the problems seen here of nests being washed away by the river indicate that there is a downside to this strategy. 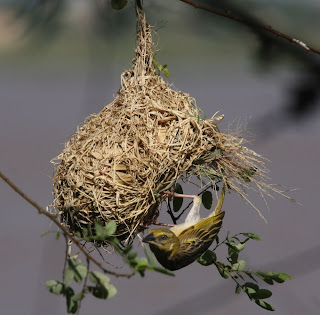 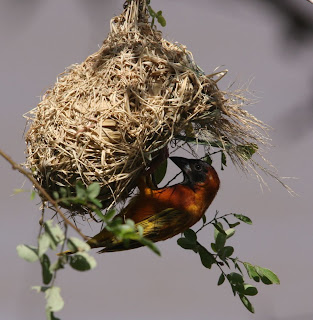 One female went into the active nest for a spell of several minutes, making me wonder if there were eggs. However, the male continued to display by vibrating his wings at any passing female. Unfortunately, the nest was hanging over the water and the state of the recently collapsed bank stopped any thoughts of trying to peer in. There was also quite a bit of activity on the far side of the cafe where there are no trees and mostly sedges beside the river. Males were seen following females on several occasions, sometimes with two following and sometimes with the birds vibrating their wings and calling. I would like to know if there are other nests in the sedges, but it will be hard to access unless the river level falls. 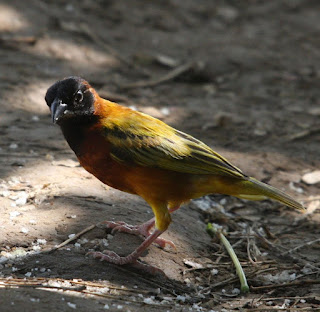 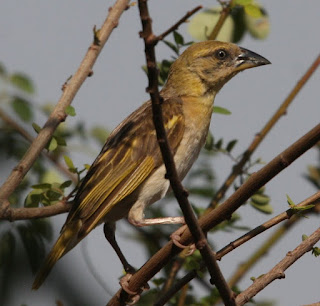 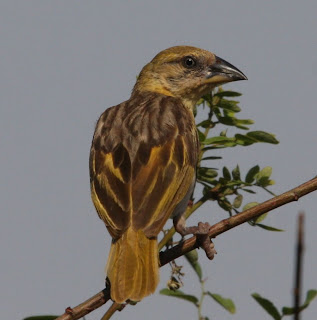 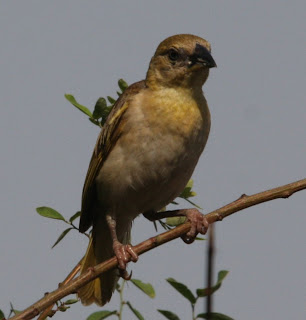 The female in the photos above had a particularly large bill almost reminiscent of a Village Weaver. It also had a pale iris. I hope to build up a collection of photos of females to establish ways of separating them from close relatives. I also hope to visit the Natural History Museum in Khartoum soon to see if they have any specimens that may help. I would also like to try and colour ring some males before they change to their non-breeding plumage, so that I can identify them at a later date and determine how to identify them in that plumage. A few other good birds were present at Wad Medani, some of which were feeding on a patch of breadcrumbs. A group of Gargany flew back and forth several times and there were a couple of Lesser Black-backed Gulls on the water. I was a bit surprised not to see any terns 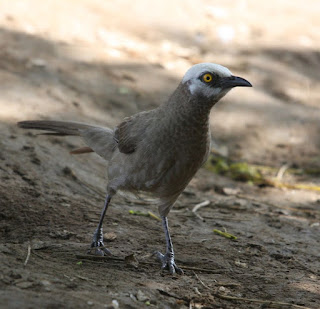 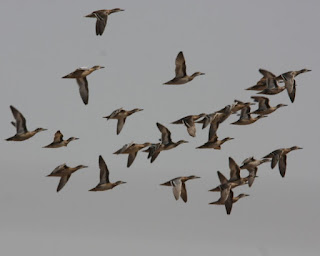 On the way back I stopped off at the same site we visited on our last visit, located 35 km north of Wad Medani. A pair of Black-shouldered Kites was displaying when I arrived. I spent most of my time in a small wood that was full of birds, though they kept moving away as I approached and were hard to look at well. Migrants included several Spotted Flycatchers, a couple of Common Redstarts, a Golden Oriole, and a Common Whitethroat. More of a surprise was the number of Cretzschmar's Buntings that seemed to be everywhere in the wood. Many birds went unidentified and I would love to try using mist-nets at this site. 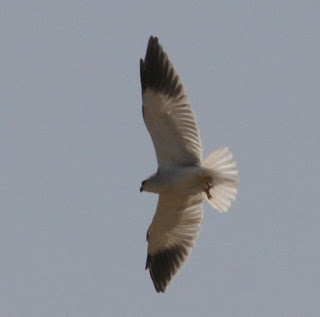 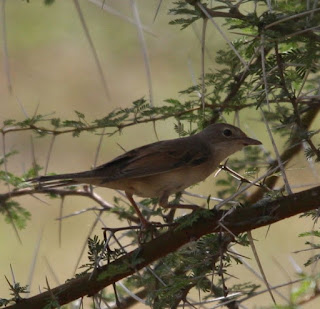 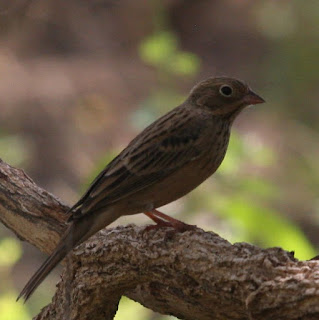